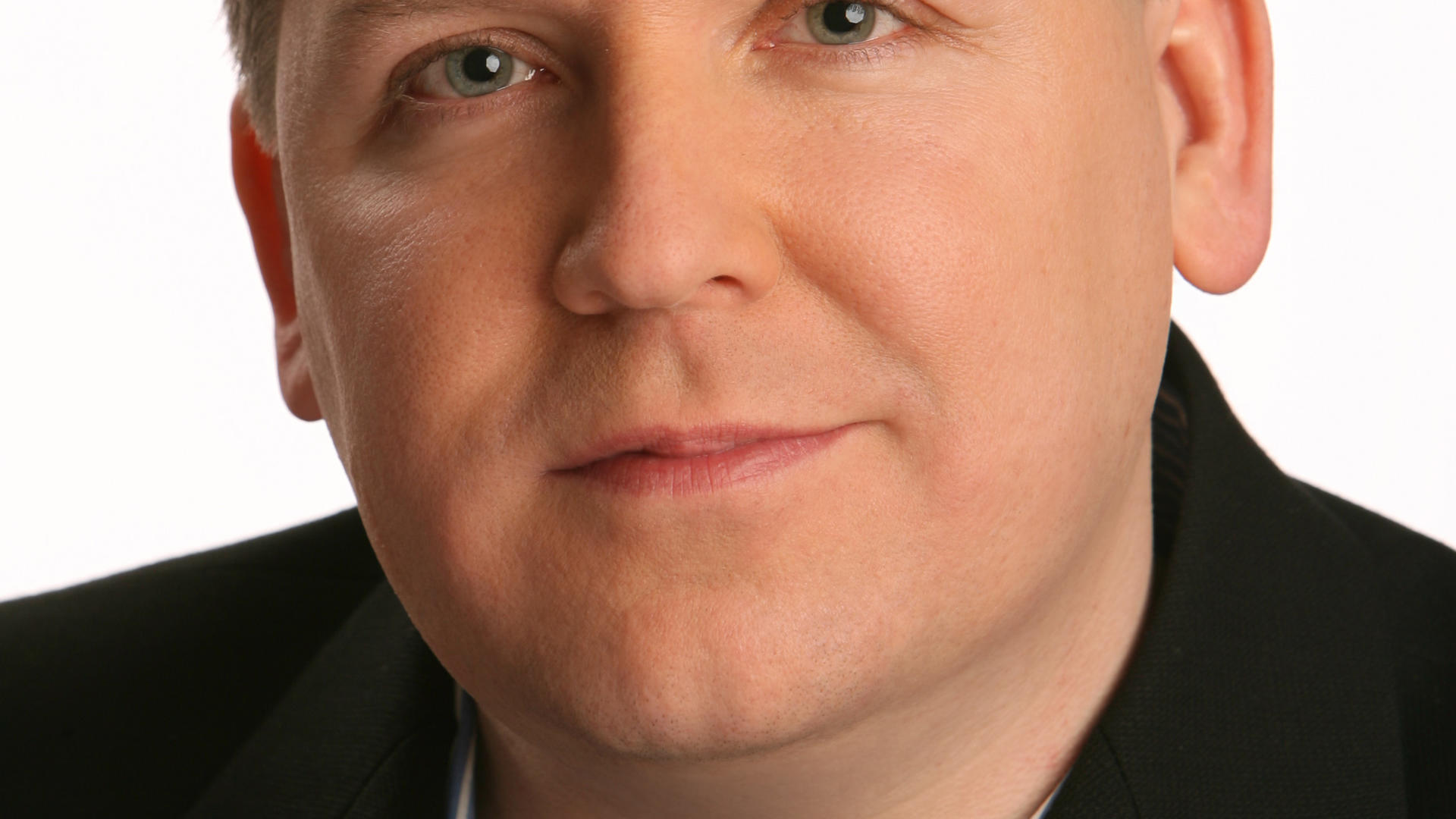 In 2016, the award-winning playwright David Lindsay-Abaire was named co-director of the playwriting program, joining Marsha Norman, and succeeding Christopher Durang—the two had been his mentors when he'd studied here. Lindsay-Abaire grew up in working-class South Boston, the son of a factory-worker mom and a dad who'd sold fruit out of the back of a truck. He made his Off Broadway debut the year he left Juilliard (1998), and his many credits include the Pulitzer-winning Rabbit Hole, Tony-nominee Good People, and the Tony-nominated book for Shrek the Musical.

One is my uncle bringing me, my sister, and a bunch of cousins to see Annie at the Colonial Theater in downtown Boston. In addition to it being a terrific, fun show, I remember being amazed that kids were up there singing and dancing, and I wanted to be a part of that world. And I think the theater itself made as much of an impact on me as the show—it's this gorgeous ornate palace, so for a poor 7-year-old from Southie it was like walking into Versailles. Years later I was working on a musical that had a pre-Broadway tryout at the Colonial. It was an amazing life moment to be watching a show that I'd written, sitting with my uncle where he had introduced me to theater all those years earlier.

How did you start writing plays?

When I was 12 I got a scholarship to a private school (Milton Academy) that had a pretty terrific theater department, so I did lots of acting and really took to it. Then in ninth grade, we did Christopher Durang's History of the American Film, a ridiculously funny musical. And we had such a great time that someone said we should do a 10th-grade play, “and David, because you're the funny one, you should write it.” So that's how I became a playwright. I wrote a play every year in high school and continued to act in and write plays when I went to Sarah Lawrence College.

How did you learn to do it?

I took a few playwriting classes in college, but mostly I was just winging it. I had been in a bunch of plays and seen a bunch of plays, so I was cocky enough to believe I knew what I was doing and stupid enough to not realize that I actually didn't. If I had been a little less cocky or a little more self-aware I might've been scared off and stopped writing. Fortunately that didn't happen. The luckiest bit was that I had really good taste in plays, so I was mostly emulating the playwrights I admired—Chris Durang, John Guare, Tina Howe, August Wilson, Marsha Norman, Chekhov, Ionesco….

Why did you want to attend the Juilliard playwrights program?

Mainly because it was run by Chris and Marsha, who were both idols of mine. But honestly, it was also because the program was free. I had a full-time job and couldn't afford to go to grad school, but the Juilliard program was flexible enough that I could keep my job and still pay rent while attending classes.

What is the biggest change in the program from when you were a student to when you returned?

The main thing is that the incoming students are a bit further along in their careers than we were. I was in one of the first classes that Chris and Marsha taught, so the program was just getting off the ground. As the years went by and the playwriting grads started to meet with some success, people took note and theaters began looking at Juilliard as a kind of hothouse for exciting new writers. When that happened, more and more young playwrights began applying, many of them with a couple productions or awards. In my day, we came in a lot greener.

What do you wish you'd been told before you studied here?

To relish every single second of it and take advantage of everything Juilliard had to offer. I loved being a student in the program and I got so much out of it, but those two years went by so quickly. I wish I had sat in on some of the acting classes or gotten to know the actors a little better, but we were too busy writing. And before I knew it, my time was up, and I was out in the real world again.

What's one thing you want your students to remember about your teaching?

It's not actually anything about writing or craft, it's about sticking together and supporting each other. The best thing I got from Juilliard was a sense of community and a group of friends and colleagues that I've stayed connected to since graduating. When we left, a lot of us looked around in a panic and said, well now what do we do? And a bunch of us decided to just keep doing what we had done at school. So we formed a writers' group and every two weeks we'd meet in someone's living room and read our new plays, and give each other feedback, just like we had done with Chris and Marsha. It's been 20 years and we're still meeting every two weeks. A few people have left and new folks have come in, but there are several of us who have been there the whole time. Every play I've written since Juilliard has gone into that group, and I've always gotten great feedback that helped me ask the right questions and shape the plays. I think everyone in the group would say that. Writing is such a solitary profession, it's really important that you stay connected to smart people who speak the same language. It's professional advice, gossip, tough love, cheerleading, and lots of therapy. All of which are invaluable to a writer.

What do you always get asked?

Where do you get your ideas?

What do you wish you'd get asked?

May I buy you a drink?