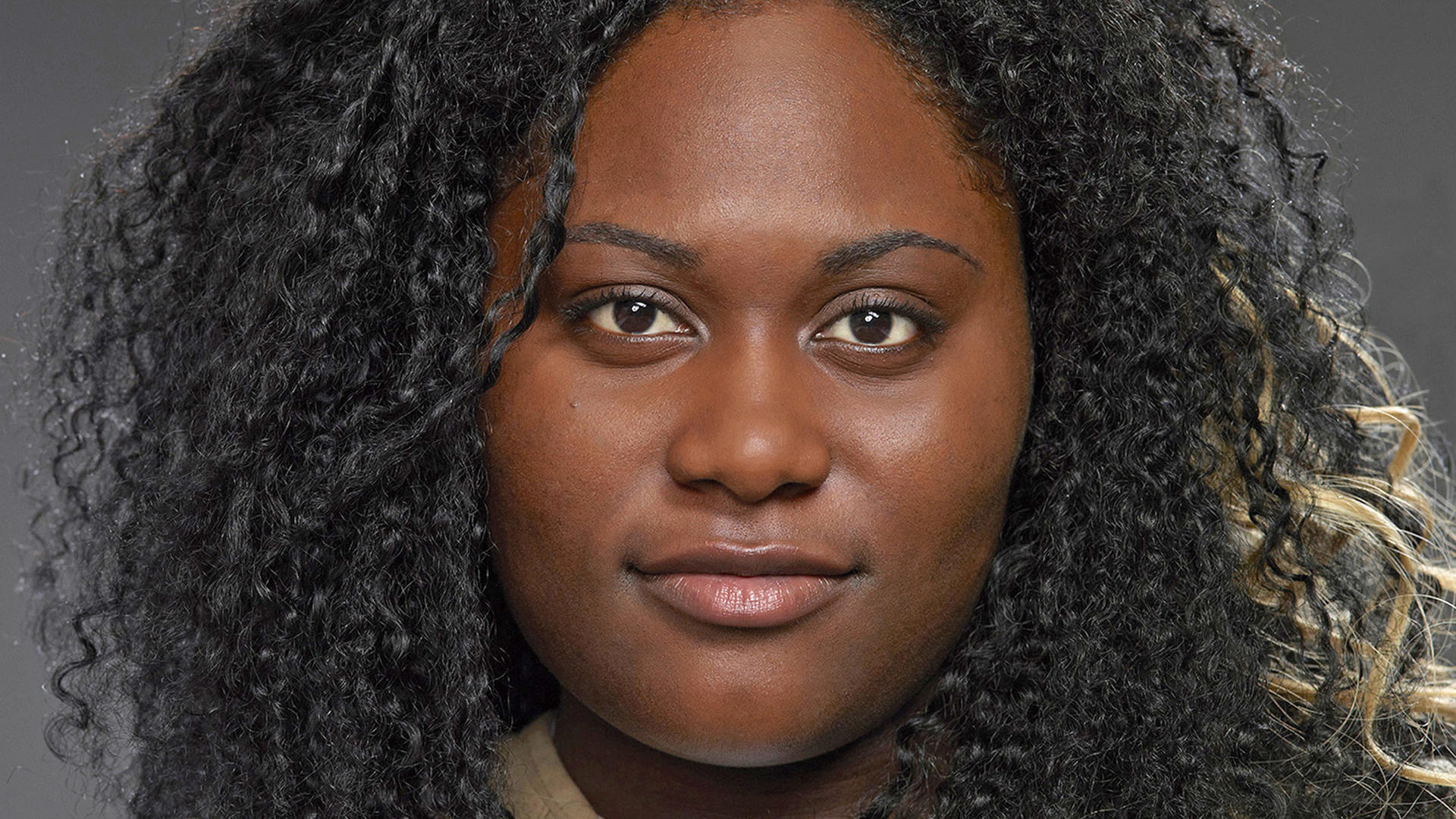 Danielle Brooks (Group 40) stepped in to the big time with her role in the big-house TV smash 'Orange Is the New Black.'

Danielle Brooks, a 2011 graduate of Juilliard’s Drama Division, was juggling two stage roles when she was offered the role of Tasha “Taystee” Jefferson, a spirited inmate in Orange Is the New Black, a Netflix original series about female prisoners at an all-women’s correctional facility. Still relatively fresh out of school, Brooks has received considerable press as the popular Orange, based on a memoir by Piper Kerman, has become a big hit. Brooks returned to Juilliard shortly after the release of the first season to chat about the show, her newfound fame, and the lessons she still carries from her student days. Since then, Brooks has--among other projects--starred in an episode of Girls, three episodes of Master of None, and received a Tony for best featured actress in a Musical for her work in the revival of The Color Purple that ran from 2015 to 2017. Below is the interview as it was originally published in the September 2013 issue of The Juilliard Journal.

After months of filming, hitting the road to promote the show, and giving interviews, including one with The New York Times, Brooks looked quite comfortable to be “back home.” Curled up on a couch outside of the President’s Office, her hair concealed beneath a colorful head wrap, she recalled navigating her way through the world of radio voiceovers and live theater.

Brooks was in a Shakespeare Theater Company production called The Servant of Two Masters, directed by Juilliard Drama faculty member Christopher Bayes, and also in Blacken the Bubble in Harlem when her agent called about the Netflix series. She ended up having to abandon both projects for the TV show, which premiered in July. Despite the sacrifice, Orange, she said, “really changed my life.”

Brooks auditioned for what would become the first scene of the series, set in the prison showers, and was advised by her agent to show up without makeup. Other than that, “the only note she gave me was that my character is fun and light,” said Brooks, who came in for the audition with a towel for a prop. “They didn’t keep the towel, but they kept me!”—her character was only supposed to be in two episodes of the series, but that short-lived stint later turned into a long-term thing: Taystee, like Brooks, was in Orange to stay.

The role seems like a perfect fit for Brooks on many levels—despite the fact that she’s the daughter of a minister and a deacon and got into theater via church plays. Aside from the opportunity to become more visible via the small screen, she got to work with Jenji Kohan, creator of the Showtime series Weeds, a writer whose work Brooks had long admired. She was also intrigued by being in on the innovative wave that has propelled Netflix into the forefront of television.

Reflecting on her Juilliard education, Brooks notes that one of the most important lessons she picked up was learning to let go of the character once the cameras or stage lights are off.

“What makes the Netflix so appealing is that it allows the consumer to watch when they want to,” Brooks said, referring to the company’s model of making an entire seasons’ worth of episodes available for viewing at once. “People can watch on their own terms, and they feel part of the decision making.”

And on a more personal level, there was Taystee herself. Brooks has always been a “big fan of the underdog, the misfit, the one that people forget about.” Floating unsuccessfully through foster care her whole life, Taystee exposes an inherent problem in a broken system: for her, prison is more of a community, a home, and a structure than anything she’s known on the outside. On playing an African-American woman in prison, Brooks observes, “it was important to me to tell [the story] in the most truthful way so that it didn’t become a stereotype.”

Brooks’s path to Juilliard was defined by her early church roles, witnessing a powerful Broadway performance of The Color Purple, and a whim. Though she didn’t know much about Juilliard, she traveled from South Carolina, where she grew up, to audition in Chicago. “I thought ‘why not? I have nothing to lose.’” And, as it turned out, a lot to win: she was accepted into Group 40.

Reflecting on her Juilliard education, Brooks notes that one of the most important lessons she picked up was learning to let go of the character once the cameras or stage lights are off. She recalled how Drama faculty member Rebecca Guy would instruct students to “‘throw the baby out with the bath water.’ You do the work, and then you have to let it go—it’s not something that you carry [with you], whether it’s theater or film.”

And should Brooks yearn for Juilliard reminiscences, she need not look further than the Orange set. Taystee’s best friend on the show, Poussey Washington, is played by Samira Wiley, a friend who was a year ahead of Brooks here. “We have the same lingo when we work because of school,” Brooks said. “It’s been cool to see how people are responding to our ‘bromance,’ or whatever they’re calling it. And it started because of Juilliard.” In addition to Wiley, the show features Michael Chernus (Group 28) as Cal Chapman, the lead character’s brother, and includes Nick Jones and Marco Ramirez, 2011 and 2009 graduates of Juilliard’s Playwrights program, in the writing credits.

Brooks laughs and shakes her head when asked about her fame, admitting to getting recognized on the subway and in restaurant bathroom lines, where she will smile for iPhone photos. “It’s exciting,” she said, beaming. “I never thought it would happen this fast in my career. I am taking it in as much as I can, because I understand that this could go away at any moment.”

No interview with a budding actor would be complete without that often-dreaded question about the dream role. At that point, Brooks sighed and confessed to not knowing quite how to answer that one, but then conceded, “honestly, I don’t know it yet. I don’t know if it’s been written.”

Yassmeen Abdulhamid Angarola is the manager of the Office of the Provost and Dean and of the Kovner Fellowship Program.