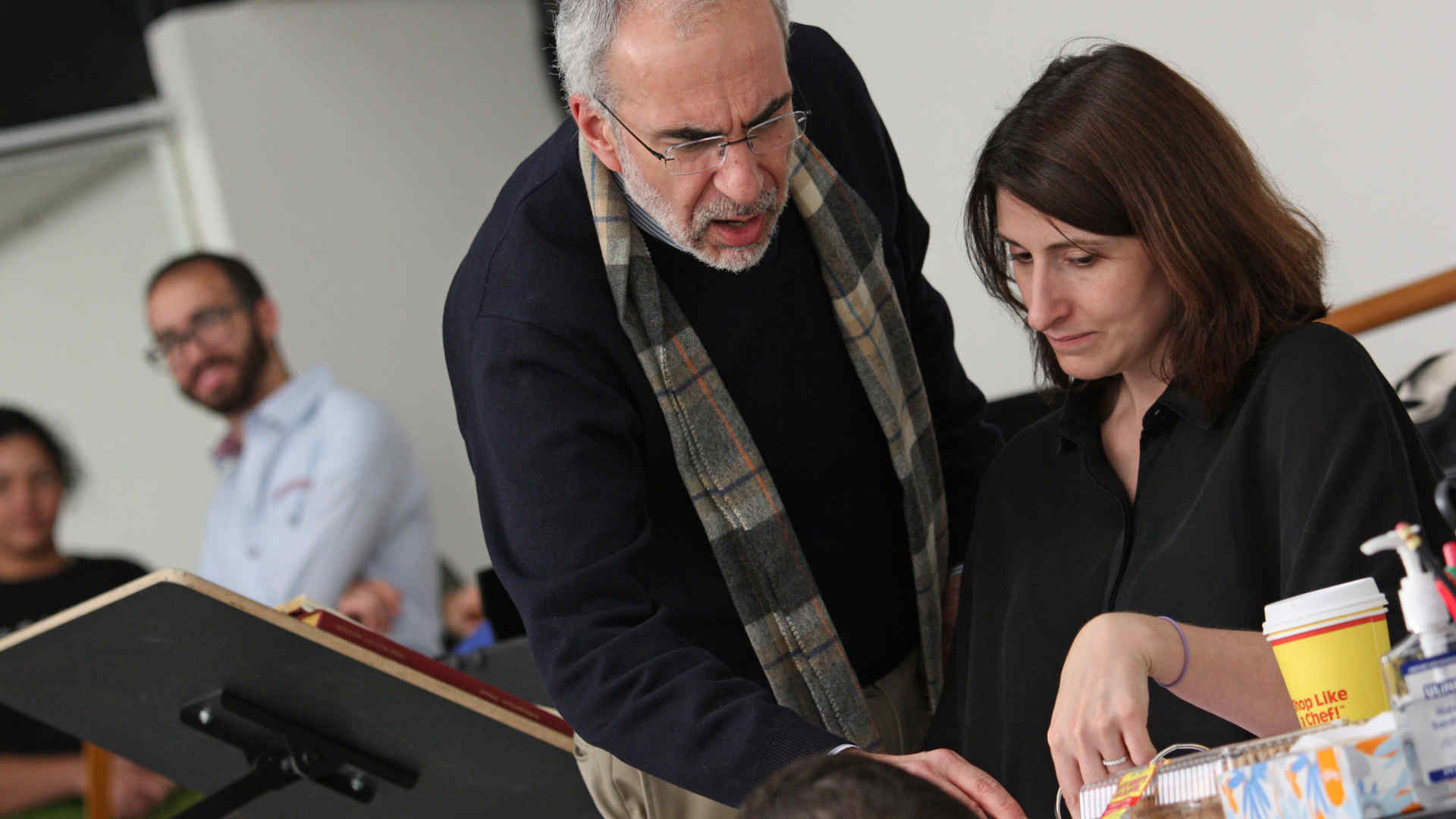 It may be hard to imagine that there was a time when pre-Baroque figures were generally treated as an obscure footnote to the alleged master narrative of Western music history. But when it comes to the lifework of individual composers, a similarly myopic attitude is still sometimes found: for instance, when fans of Mozart ignore the operas he wrote prior to his final glorious decade in Vienna. Juilliard Opera offers a chance to experience what those fans are missing out on with its first production of the season: La finta giardiniera (“The Pretend Gardener”), which opens November 15 in the school's Peter Jay Sharp Theater.

“There’s an effervescence in young Mozart’s writing for Finta—a wonderfully articulated sparkle,” said Joseph Colaneri, who will make his Juilliard debut conducting the new production. “It brings to mind the Exsultate, jubilate motet he wrote less than two years before Finta. The sparkle and elegance of the lines are already beginning to emerge at this early stage.” Colaneri is the music director at Glimmerglass Opera and head of Mannes School of Music’s Young Artists Program. 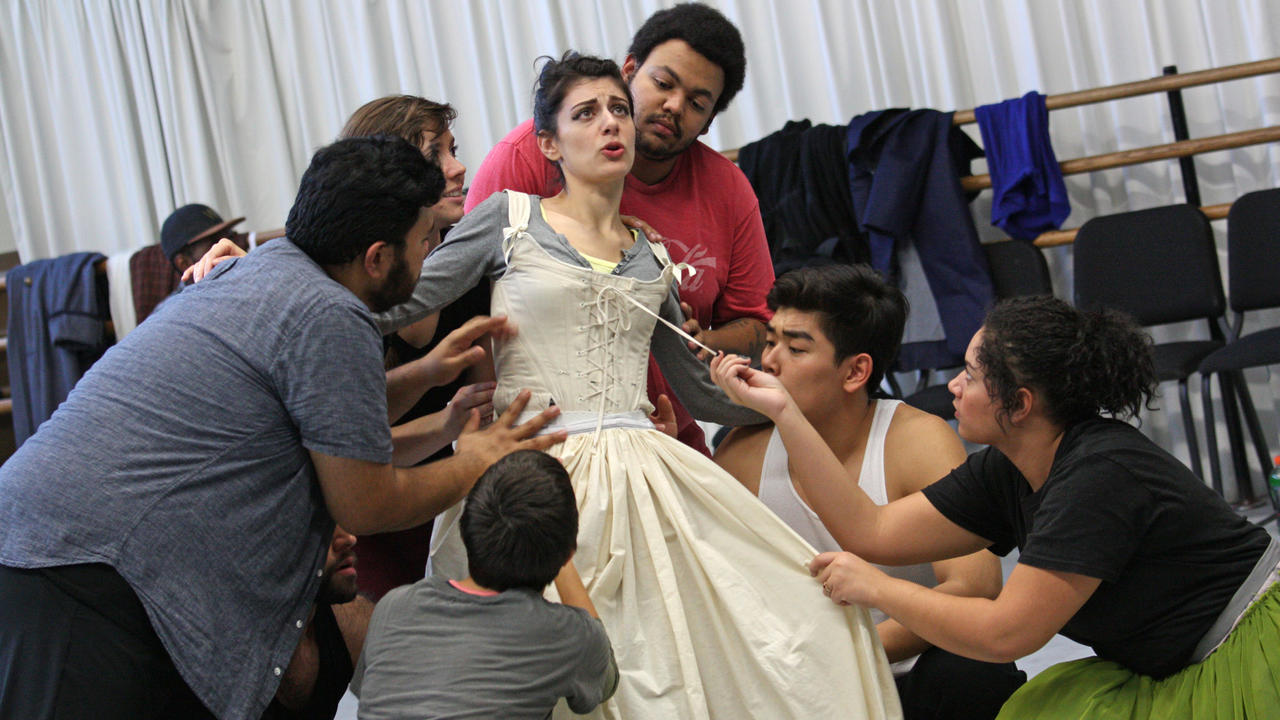 Starting in 1770, at the age of 14, Mozart confirmed his special affinity for opera with a string of successes in Italy. Another breakthrough came in 1774 with a commission from the court in Munich to write La finta giardiniera, a comic opera intended for the Carnival season. The catch: Mozart had to make do with a prefabricated libretto whose plot is absurdly convoluted and which had already been set to music by another composer less than a year before.

Storywise, La finta giardiniera is essentially a comedy of errors, a head-spinning imbroglio of mismatched couples who become increasingly entangled in deception and/or unrequited longing. The characters—a mélange of commedia dell’arte and tragic stereotypes—reach a chaotic climax. And then the whole thing simply resolves when the title character, an aristocratic woman who has disguised herself as a humble gardener, makes peace with the lover from whom she had fled before the opera began.

Yet for all the libretto’s shortcomings, Finta gave Mozart a chance to lavish his musical-theatrical imagination on characters caught up in extreme and contradictory situations—including a crucial scene of shared madness between the chief couple, who imagine themselves reincarnated as ancient gods.

“From a dramatic perspective, it’s all about identity and how you recover your identity after a loss or trauma,” observes faculty member Mary Birnbaum, who’s directing the production. The associate director of Juilliard’s Artist Diploma Program, she specializes in teaching acting for singers. “Through the course of the opera, these characters figure out a way to repair whatever had become broken in their lives,” she said. “Mozart was struggling with his own identity and discovering the rules of writing an opera when he composed Finta—not unlike the way young singers are finding their voices.”

Colaneri agrees that Finta presents an ideal challenge for opera students, pointing to Mozart’s use of the voice to bring these characters to life—some of them foreshadowing personalities familiar from his mature operas. “The distinction between, say, different kinds of baritones, is part of a development that started happening well into the 19th century, and it’s less appropriate for young singers early in their development,” he said. “Mozart writes so beautifully for the voices without being too rangy for the singers. Everything fits well within the compass.”

Birnbaum, who has directed The Magic Flute, Eugene Onegin, and The Rape of Lucretia at Juilliard, also finds Finta especially appealing as a vehicle to work with when training young artists. (She directed an undergraduate production of Finta in 2012 at Juilliard as well.) “It’s a fiercely comic, violent, passionate, movement-driven opera. We’ll be working with the movement director Blake Habermann; he and I both trained at the École Jacques Lecoq in Paris, a school focused on physical theater. With Blake we’ll develop a gestural vocabulary for the different class levels in the society Mozart portrays.”

But how to approach the premise of the story? Before the opera begins, Sandrina (the fake name assumed by the “pretend gardener”) left her lover because he stabbed her in a fit of jealousy, leaving her for dead. “My idea for this is that they have a very passionate relationship and are both abusive, and it gets out of hand on their wedding night. It’s not a one-way street.” The violence and its consequences extend from Sandrina’s situation to the social microcosm in which Finta plays out. “These characters have put up walls around themselves so that they won’t get hurt by the world, but nature prevails and they open themselves to the possibility of love again,” Birnbaum points out.

To stage these ideas, Birnbaum has chosen a period setting of 1775 (when Finta premiered) that is also “off-kilter—like a Fragonard painting with some sections missing. It’s a world that is for show, but it doesn’t function very well. It’s all artifice. Everything that is ordered—the period hierarchical structure—breaks down into wildness at the climax.”