An Uncommon Fellowship for HP Alums 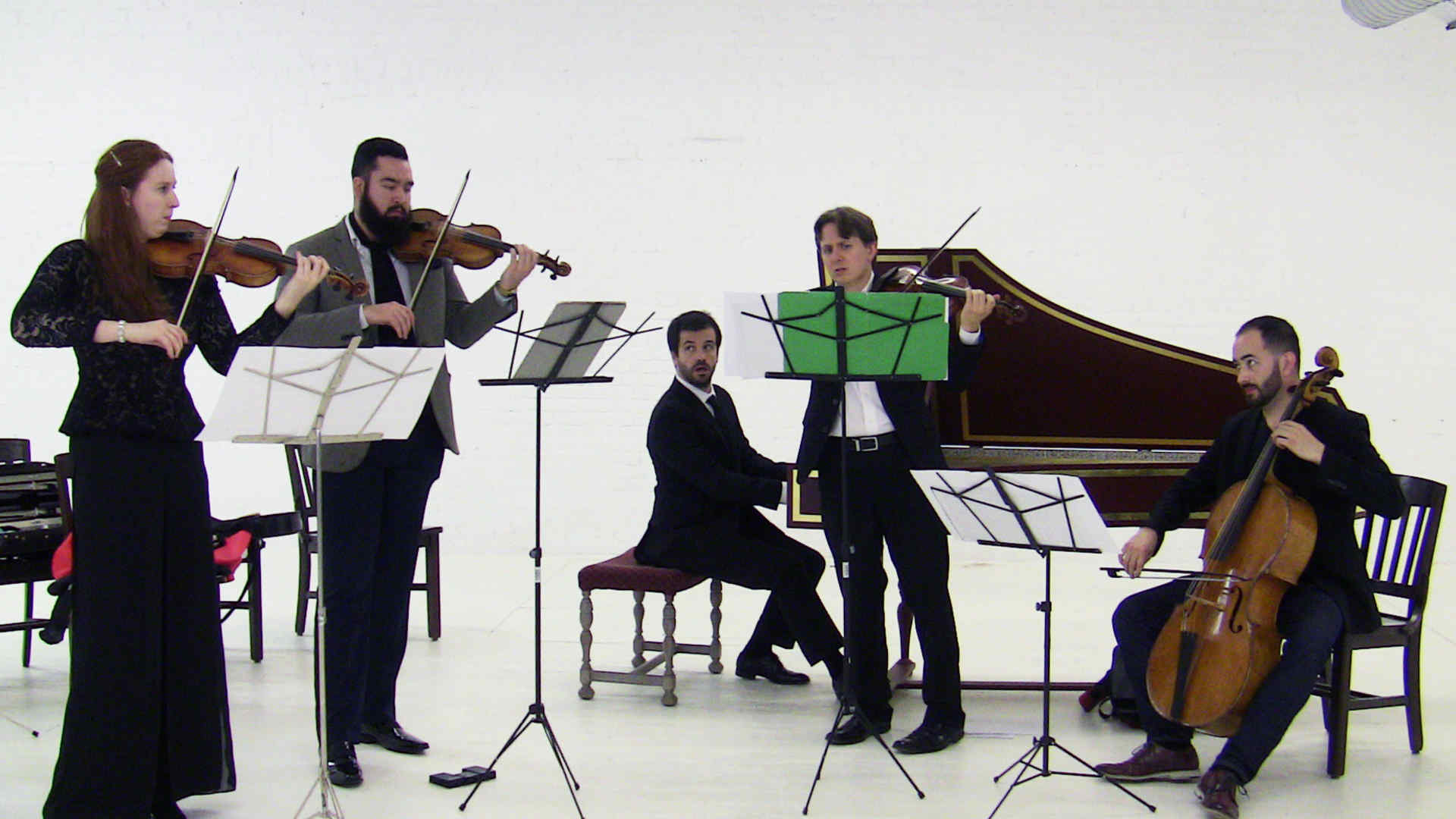 A few years ago, The English Concert in America (TECA) created, with Juilliard’s Historical Performance program, an American Fellowship that allows a handful of musicians “at the critical stage between education and performing life” to coach and perform with musicians and soloists from The English Concert, a period instrument orchestra based in London whose music director is Harry Bicket. Jude Ziliak, who was selected for the fellowship upon graduating in 2013, participated in the program and still performs with the group. He wrote about a recent performance.

On a sunny Saturday morning this fall, along with five other recipients of The English Concert’s American Fellowship, I traveled up the Hudson to Newburgh, N.Y., to give a concert at the Thornwillow Institute, a new nonprofit project of Thornwillow Press that promotes craftsmanship in all its forms and offers job training to the surrounding community. Newburgh, a city of 28,000 people, has a distinguished history—it was the headquarters of the Continental Army and its Gilded Age prosperity can be imagined from the lovely Victorian homes that line the streets. Recent years, though, have not been easy for Newburgh. Violent crime, almost all of it gang-related, occurs there at the highest per-capita rate in the state. The Thornwillow Institute occupies a spacious former municipal carriage house on a street The New York Times described as “one of the state’s most implacable centers of poverty and violence.” The presence there of Thornwillow, a publisher of specialty books and stationery, is more than outreach; in Barack Obama’s words, it reflects a choice to “reaffirm our enduring spirit, to choose our better history.”

"The opportunity to act as ambassadors for the artistic values of The English Concert is both an honor and a significant responsibility."

Luke Pontifell, the founder of Thornwillow and former president of TECA’s board arranged for our trip. He has been an important behind-the-scenes force in the development of the fellowship, which is unique in structure. In traditional orchestra fellowships, recipients join mainstage concerts, typically sitting in the back of the section . TECA’s fellowship is more inclusive. When members of The English Concert, particularly its director, Harry Bicket, travel to New York, concerts, coachings, and mentorship with the American Fellows are arranged in tandem. On some occasions, we give concerts on our own, as was the case in Newburgh. The opportunity to act as ambassadors for the artistic values of The English Concert is both an honor and a significant responsibility. 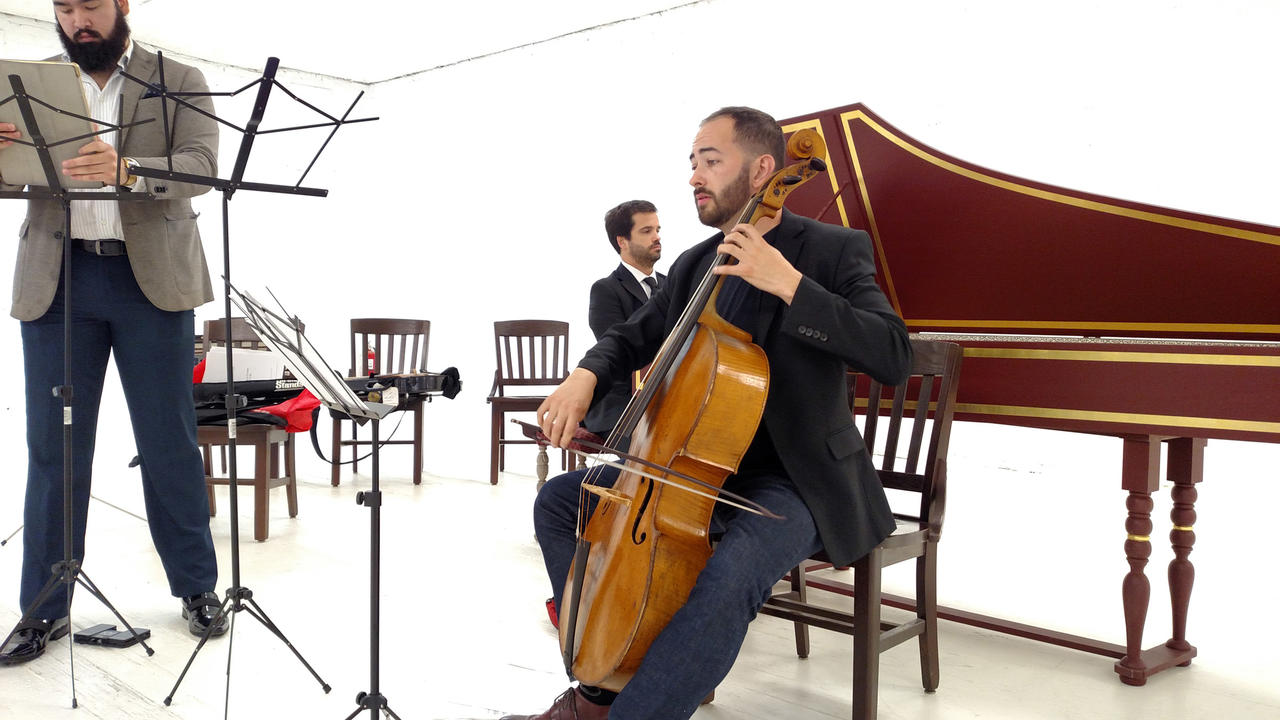 When starting out as part of the inaugural group of recipients in 2014—the others were violinist Adriane Post and cellist Beiliang Zhu (both MM ’11) and harpsichordist Ignacio Prego (Graduate Diploma ’14)—I was excited by the chance to be brought into the working processes of an international community of musicians. That has indeed been an important source of inspiration and stimulation in the early years of my career. A happy surprise, though, has been the development of ties to a close-knit community of regular attendees of English Concert events here in New York through the program, and at the same time making connections through music I would never have expected; for example, this February, we performed at the New York residence of the U.K. ambassador to the United Nations.

The performers in Newburgh, Augusta McKay Lodge, Jeffrey Girton, Oliver Weston (all of whom graduated from Juilliard last spring) as well as Prego, and myself, represent three different classes of fellows. We had never all played together before, though with our common education in Juilliard’s small and familial Historical Performance department, and with a shared responsibility to represent The English Concert with all the integrity and polish it is known for, we arrived at a shared approach to our program of Baroque chamber music.

I reflected later that two of our selections, a concerto grosso by Corelli and Vivaldi’s “La Follia” trio, may well have been heard in the same spot in its first prosperity; both pieces were widely reprinted in the 18th century, and copies of each were in a number of colonial music libraries, including that of Thomas Jefferson. Great music, like any great art, requires considerable resources to come into being. Musicians need time, instruments, and training; concerts require venues, programs, and publicity; and the whole endeavor can feel quite rarefied between those costly underpinnings and the formality of dress and decorum involved. Yet surely in a moral sense, great music is a universal heritage for all people. Bringing Baroque music to a diverse audience at Thornwillow straddled elite and universal realms in an organic and comfortable way that is rare in my experience.