Focus! Closes on Friday, January 26, 2018, at 7:30pm in Alice Tully Hall With the Juilliard Orchestra, Conducted by Chen Lin in Works by Chen Qigang, Guo Wenjing, and Zhu Jian-Er

All of the composers on the festival live and work in China, with the exception of 94-year-old Chinese-born New Yorker Chou Wen-chung, whom we include to celebrate his tireless efforts that brought many young Chinese composers to the U.S. for higher education.

On devoting this season’s festival to the music of China, Mr. Sachs writes: “Early in 2017, Juilliard president Joseph W. Polisi, with whom I created the Focus! festival in 1985, asked if this year’s edition, his last as president, might explore music in China. Fortunately, I had guides for my search in Alex Brose and Wei He, whom Juilliard has selected as the executive director and dean, respectively, of The Tianjin Juilliard School. Their long experience in China was invaluable. They strongly recommended composer Qigang Chen as a primary contact because as director of several nationwide projects, he has encountered many gifted composers. Since we wanted to commission some young composers, I sought suggestions from Chen, He, Brose, and other composers I know. Gradually a list emerged of some 30 composers born after 1980, seven of whom we commissioned.”

About the Seven Commissioned Composers

All Focus! festival events are free; tickets will be available at juilliard.edu/calendar beginning
January 10.

(The complete program for the festival follows at the end of this press release.)

Joel Sachs, founder and director of the New Juilliard Ensemble, performs a vast range of traditional and contemporary music as conductor and pianist. As co-director of the internationally acclaimed new music ensemble Continuum, he has appeared in hundreds of performances in New York, nationally, and throughout Europe, Asia, and Latin America. He has also conducted orchestras and ensembles in Austria, Brazil, Canada, China, El Salvador, Germany, Iceland, Mexico, Switzerland, and Ukraine, and has held new music residencies in Berlin, Shanghai, London, Salzburg, Curitiba (Brazil), Newcastle-Upon-Tyne (U.K.), Helsinki, and the Banff Centre (Canadian Rockies). One of the most active presenters of new music in New York, Mr. Sachs founded the New Juilliard Ensemble in 1993. He produces and directs Juilliard’s annual Focus! festival and has been artistic director of Juilliard’s concerts at New York’s Museum of Modern Art (MoMA) since 1993. A member of Juilliard's music history faculty, Mr. Sachs wrote the first full biography of the American composer
Henry Cowell, which was published by Oxford University Press in 2012. He often appears on radio as a commentator on recent music and has been a regular delegate to Netherlands Music Days and other international music conferences. A graduate of Harvard, Mr. Sachs received his PhD from Columbia University. In 2011, he was made an honorary member of Phi Beta Kappa at Harvard University for his work in support of new music, and received the National Gloria Artis Medal of the Polish Government for his service to Polish music. In 2002, he was given Columbia University’s Alice M. Ditson Award for his service to American music.

New Juilliard Ensemble (NJE), led by founding director Joel Sachs and in its 25th season, presents music by a variety of international composers who write in the most diverse styles. Its members are current students at Juilliard who are admitted to the ensemble by audition. The ensemble appears regularly at MoMA’s Summergarden and has been a featured ensemble four times at the Lincoln Center Festival. It has premiered some 100 compositions. The New Juilliard Ensemble performs in Juilliard’s Focus! festival. Recent editions have been: “Our Southern Neighbors: The Music of Latin America” (2017); “Milton Babbitt’s World: A Centennial Celebration” (2016); and “Nippon Gendai Ongaku: Japanese Music Since 1945” (2015). The season’s final NJE concert takes place on April 28 in Alice Tully Hall with music by Kolbeinn Bjarnason (Iceland), Alejandro Cardona (Costa Rica), Jonathan Dawe (U.S.), and Sunbin Kevin Kim (Korea/U.S.).

Juilliard’s largest and most visible student performing ensemble, the Juilliard Orchestra, is known for delivering polished and passionate performances of works spanning the repertoire. Comprising more than 350 students in the bachelor’s and master’s degree programs, the orchestra appears throughout the season in concerts on the stages of Alice Tully Hall, David Geffen Hall, Juilliard’s Peter Jay Sharp Theater, and Carnegie Hall. The orchestra is a strong partner to Juilliard’s other divisions, appearing in opera and dance productions as well as presenting an annual concert of world premieres by Juilliard student composers. Under the musical leadership of Alan Gilbert, the director of conducting and orchestral studies, the Juilliard Orchestra welcomes an impressive roster of world renowned conductors this season, including Mr. Gilbert, Joseph Colaneri,
Jeffrey Milarsky, David Robertson, and Speranza Scappucci. The Juilliard Orchestra has toured throughout the U.S. and Europe, South America, and Asia, where it was the first Western conservatory ensemble allowed to visit and perform following the opening of the People’s Republic of China in 1987, returning two decades later, in 2008. Other ensembles under the Juilliard Orchestra umbrella include the conductorless Juilliard Chamber Orchestra, the Juilliard Wind Orchestra, and the new-music groups AXIOM and New Juilliard Ensemble.

LIU YUHUI Song of the Tie-Dyeing (2017, world premiere; commissioned by The Juilliard School for Focus! 2018)

ZHAO XI The Soundscape That I Saw and You Heard (2007, Western Hemisphere premiere)

MAO ZHU The Island (2017, world premiere; commissioned by The Juilliard School for Focus! 2018)

WANG A-MAO The Colloquy of Strings and Air (2017, world premiere; commissioned by The Juilliard School for Focus! 2018)

All events are free; tickets are available at events.juilliard.edu. 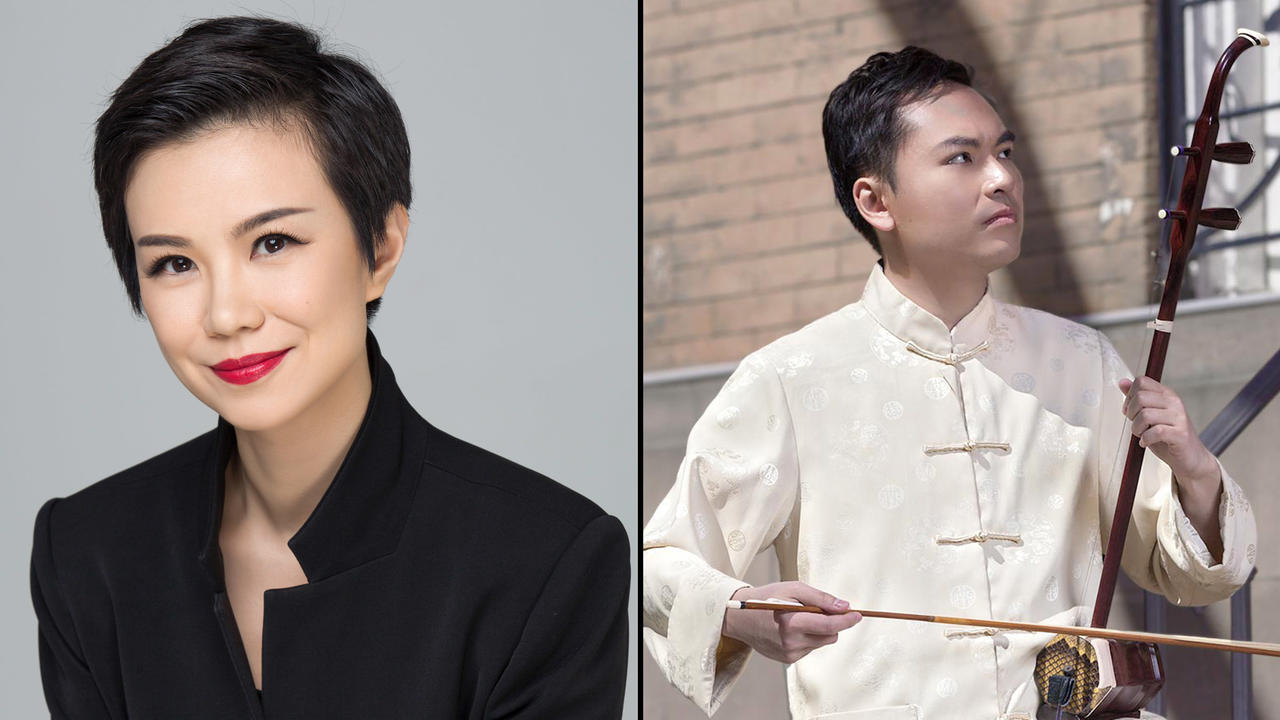