NEW YORK, NY – The Juilliard School announced today that it has selected Damian Woetzel, director of the Aspen Institute Arts Program, artistic director of Vail Dance Festival, and former principal dancer at New York City Ballet, to serve as its seventh president beginning July 2018. Woetzel was chosen after an extensive search process led by a board-appointed search committee and Board Chair Bruce Kovner in consultation with faculty, student, and staff representatives. Juilliard’s current and longest-serving president, Joseph W. Polisi, announced in October that he will be stepping down at the end of June 2018.

“On behalf of the board of trustees, I am pleased to welcome Damian Woetzel to The Juilliard School as our next president,” said Kovner. “Since beginning our search last October, we have had the privilege of getting to know some of the most distinguished leaders in the arts field and beyond. Damian’s vision and optimism are second to none, and we are confident that he will advance Juilliard’s mission for the next generation while building on the foundation of artistic and academic excellence established by his distinguished predecessor, Joseph Polisi.”

Woetzel, who turns 50 next week, retired in 2008 from an illustrious career as a principal dancer with New York City Ballet, and was celebrated internationally for his performances across a wide range of repertory. In addition to his positions at the Aspen Institute and Vail Dance Festival, Woetzel is also an independent director, choreographer, and producer. His many projects include the Kennedy Center’s interdisciplinary DEMO series; Spaces by Wynton Marsalis for Jazz at Lincoln Center; an arts salute to Stephen Hawking at Lincoln Center for the World Science Festival; and the first performance of the White House Dance Series during the Obama administration. From 2009 to 2017, Woetzel served on the President’s Committee on the Arts and Humanities, where he helped create the Turnaround Arts Program, which brings arts education to some of the nation’s most challenged school districts. Woetzel holds a Master of Public Administration degree from Harvard’s Kennedy School of Government, and has been a visiting lecturer at Harvard Law School. In 2015 he received the Harvard Arts Medal.

As president of Juilliard, Woetzel will inherit a number of large-scale initiatives spearheaded by Polisi, including the continued development of scholarship and entrepreneurship programs, K-12 curricula, online education products, and The Tianjin Juilliard School in China. Woetzel will serve as president-designate during the 2017-18 academic year, during which time he will conclude his work as director of the Aspen Institute Arts Program, finishing in June of 2018 at the end of the Aspen Ideas Festival. He will continue to serve as artistic director of the annual Vail Dance Festival at least through summer 2018.

“It is a tremendous honor to have been selected as the next president of The Juilliard School,” said Woetzel. “Building on collaboration has been a defining principle of my life in the arts, and I can think of no greater privilege than to help shape the future of this extraordinary institution of music, dance, and drama. I’d like to extend my thanks to Bruce Kovner, Juilliard’s board of trustees, and President Polisi for this tremendous opportunity to join in the tradition of excellence that Juilliard embodies, and I am inspired to work alongside them to foster new generations of emboldened citizen artists for the 21st century.”

“Juilliard could ask for no better president than Damian Woetzel,” said Polisi. “Damian’s commitment to performing arts education and to securing the best and brightest future for our school are all attributes that ensure a very successful tenure as Juilliard’s president. I look forward to working closely with Damian during the next year and watching Juilliard flourish under his leadership.”

Damian Woetzel has taken on multiple roles in arts leadership since retiring in 2008 from a 20-year career as a principal dancer with New York City Ballet and as a dancer on the international stage. During his distinguished dance career, he was lauded for performances in a wide range of roles created by George Balanchine and Jerome Robbins, and had works choreographed for him by Robbins, Eliot Feld, Peter Martins, Susan Stroman, Twyla Tharp, and Christopher Wheeldon among others.

Woetzel currently serves as the director of the Aspen Institute Arts Program, which aims to further the value of the arts in society, and as the artistic director of the Vail Dance Festival, which presents annual summer seasons in Colorado and recently offered an acclaimed debut season at New York City Center entitled Vail Dance Festival: ReMix NYC. Also an independent director, choreographer, and producer, Woetzel’s recent projects include DEMO, his own interdisciplinary series at the Kennedy Center; Spaces by Wynton Marsalis for Jazz at Lincoln Center; Lil Buck @ Le Poisson Rouge, an award-winning show featuring Lil Buck, Yo-Yo Ma, and an array of stellar musicians; an arts salute to Stephen Hawking at Lincoln Center for the World Science Festival; two Turnaround Arts performances at the White House; and the first performance of the White House Dance Series, which took place in the East Room of the White House and was hosted by former first lady Michelle Obama.

Woetzel has collaborated on numerous events and initiatives with Yo-Yo Ma, including work on his Silk Road Connect program in the New York City Public Schools, and on “Arts Strike” events, which they have pioneered as a format for artists to engage in public service. In 2012, Woetzel co-produced the televised Kennedy Center Honors tribute to honoree Natalia Makarova, and for the 2014 Honors he co-produced the salute to honoree Patricia McBride. In 2009, Woetzel became the founding director of the Jerome Robbins Foundation's New Essential Works (NEW) Program, which over a five-year period initiated grants to enable the production of 35 new dance works. In November 2009, President Obama appointed Woetzel to the President’s Committee on the Arts and Humanities, where he served until 2017 and worked on creating the Turnaround Arts Program, which now brings arts education to some of the nation’s most challenged school districts.

Woetzel holds a Master in Public Administration degree from Harvard’s Kennedy School of Government, and has taught as a visiting lecturer at Harvard Law School. Among his awards, in April 2015, Woetzel received the Harvard Arts Medal.

Located at Lincoln Center in New York City, Juilliard offers undergraduate and graduate degrees in dance, drama (acting and playwriting), and music (classical, jazz, historical performance, and vocal arts). Currently more than 800 artists from 43 states and 41 countries are enrolled at Juilliard, where they appear in over 700 annual performances in the school’s five theaters; at Lincoln Center’s Alice Tully and David Geffen Halls and at Carnegie Hall; as well as other venues around New York City, the country, and the world. 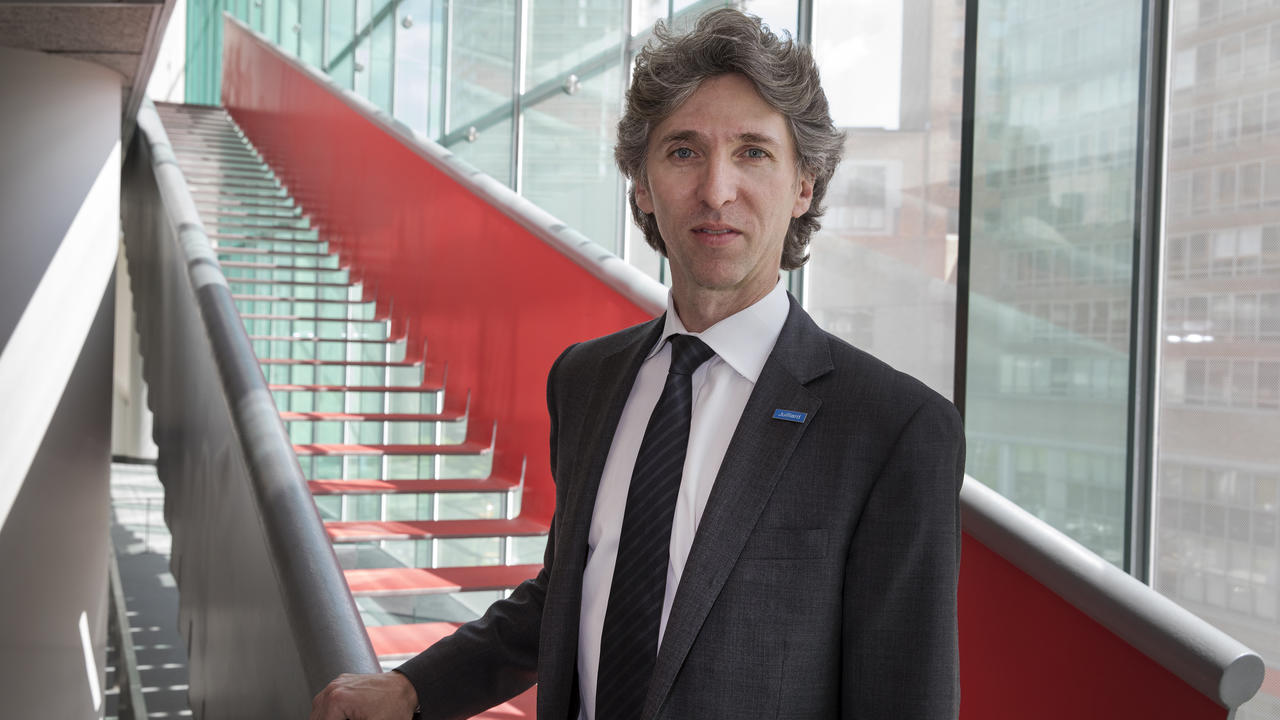