Alan Gilbert Conducts the Juilliard Orchestra in Works by Brahms, Barber, and Rouse at David Geffen Hall on Monday, April 16, 2018, at 7:30pm

Mr. Gilbert is concluding his tenure as director of conducting and orchestral studies at Juilliard this season; in September 2019, he will become the new chief conductor of Hamburg’s NDR Elbphilharmonie Orchestra and is currently serving as the ensemble's conductor designate.

Tickets are $30 ($15 for full-time students) and available at juilliard.edu/calendar.

Samuel Barber composed his Essay No. 1 for Orchestra in 1937-38 for conductor Arturo Toscanini. It is in one movement with two parts plus a coda. Toscanini performed the work on an NBC Symphony broadcast on November 5, 1938, along with the premiere of the composer’s Adagio for Strings.

Christopher Rouse’s Flute Concerto was composed in 1993 as a joint commission from Richard and Jody Nordlof (for Juilliard faculty member Carol Wincenc) and Borders Inc., for the Detroit Symphony Orchestra. Mr. Rouse writes, “The concerto, in a general sense at least, was inspired by my reactions to and reflections upon the Celtic tradition, though in no sense is the piece intended to be heard as music to a specific program…The kinship I feel with the heritage—reflected in musical sources as distinct as Irish folk songs, Scottish bagpipe music, and English coronation marches—never fails to summon forth from me a profoundly intense reaction. I have attempted to reflect my responses to these stimuli in my Flute Concerto, a five-movement work cast in a somewhat loose arch form.”

Johannes Brahms began composing his Symphony No. 1 in the 1850s and struggled with the work on and off until he completed it in 1876; the symphony was premiered in 1876 in Karlsruhe, Germany, by conductor Otto Dessoff.

Alan Gilbert was recently named the new chief conductor of Hamburg’s NDR Elbphilharmonie Orchestra and will take up the appointment in September 2019; he is currently serving as the ensemble's conductor designate. The Grammy Award-winning conductor previously served for more than a decade as principal guest conductor of the ensemble when it was known as NDR Symphony Orchestra Hamburg; it has since adopted the name of its already-iconic new home, the Elbphilharmonie, which opened in January 2017 to worldwide acclaim. Mr. Gilbert’s new position follows his transformative eight-year tenure as music director of the New York Philharmonic, which saw him establish the orchestra as a leader on the cultural landscape. He is also conductor laureate of the Royal Stockholm Philharmonic and the founder and president of Musicians for Unity. With the endorsement and guidance of the United Nations, this new organization will bring together musicians from around the world to perform in support of peace, development, and human rights.

His discography includes The Nielsen Project, a boxed set recorded with the New York Philharmonic, and John Adams’s Doctor Atomic, captured on DVD at the Metropolitan Opera, for which he won a Grammy Award. He received Emmy Award nominations for outstanding music direction in PBS Live From Lincoln Center broadcasts of two star-studded New York Philharmonic productions, of Sweeney Todd and a 100th-birthday gala tribute to Frank Sinatra.

Mr. Gilbert has received honorary doctor of music degrees from the Curtis Institute of Music and Westminster Choir College, as well as Columbia University’s Ditson Conductor’s Award. He is a member of the American Academy of Arts and Sciences, and was named an Officier de l’Ordre des Arts et des Lettres by the French government. At Juilliard, he was the first holder of the William Schuman Chair in Musical Studies and is finishing his tenure as director of conducting and orchestral studies for the academic year. After giving the 2015 lecture on “Orchestras in the 21st Century: A New Paradigm” at London’s Royal Philharmonic Society during the New York Philharmonic’s European tour, he received a 2015 Foreign Policy Association Medal for his commitment to cultural diplomacy.

A native of Italy, Giorgio Consolati is the first flutist in its 210-year history to graduate with top honors from Milan’s Conservatory of Music. Now completing his Bachelor of Music degree at Juilliard under the tutelage of Carol Wincenc. Mr. Consolati is a laureate of several flute competitions including the De Lorenzo and the Krakamp, and has performed in Carnegie Hall, David Geffen Hall and Alice Tully Hall. He was recently heard as a soloist with the National Repertory Orchestra in Mozart’s Flute and Harp Concerto. A passionate advocate of new music, Mr. Consolati performs with Juilliard’s AXIOM ensemble and the Focus! festival as well as the distinguished Milano Musica Festival, where his performances were broadcast by Italy’s premiere classical station, Rai Radio 3. An avid chamber musician, Mr. Consolati has performed at Juilliard ChamberFest, the Norfolk Chamber Music Festival, and has been invited to the prestigious Marlboro Music Festival for 2018. Mr. Consolati is the proud recipient of a Kovner Fellowship.

Samuel BARBER Essay No. 1 for Orchestra

Tickets are $30 ($15 for full-time students) and available at juilliard.edu/calendar. 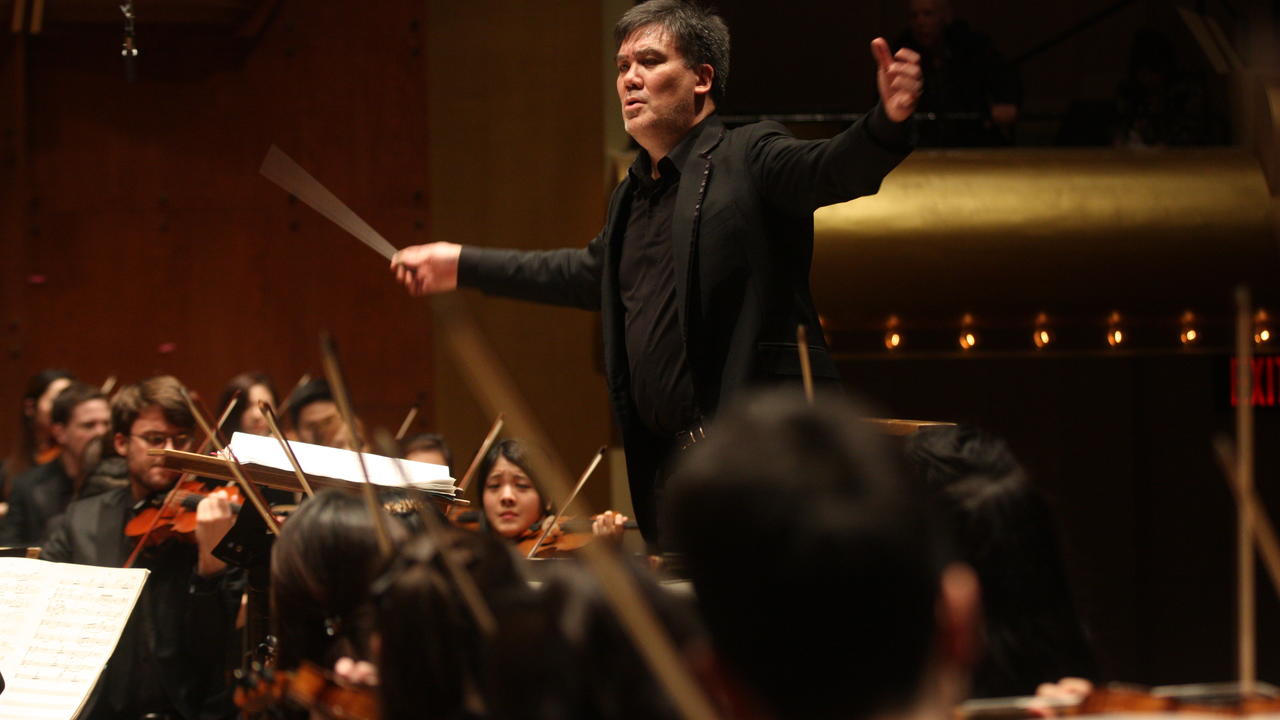