Juilliard to Honor 5 at Commencement 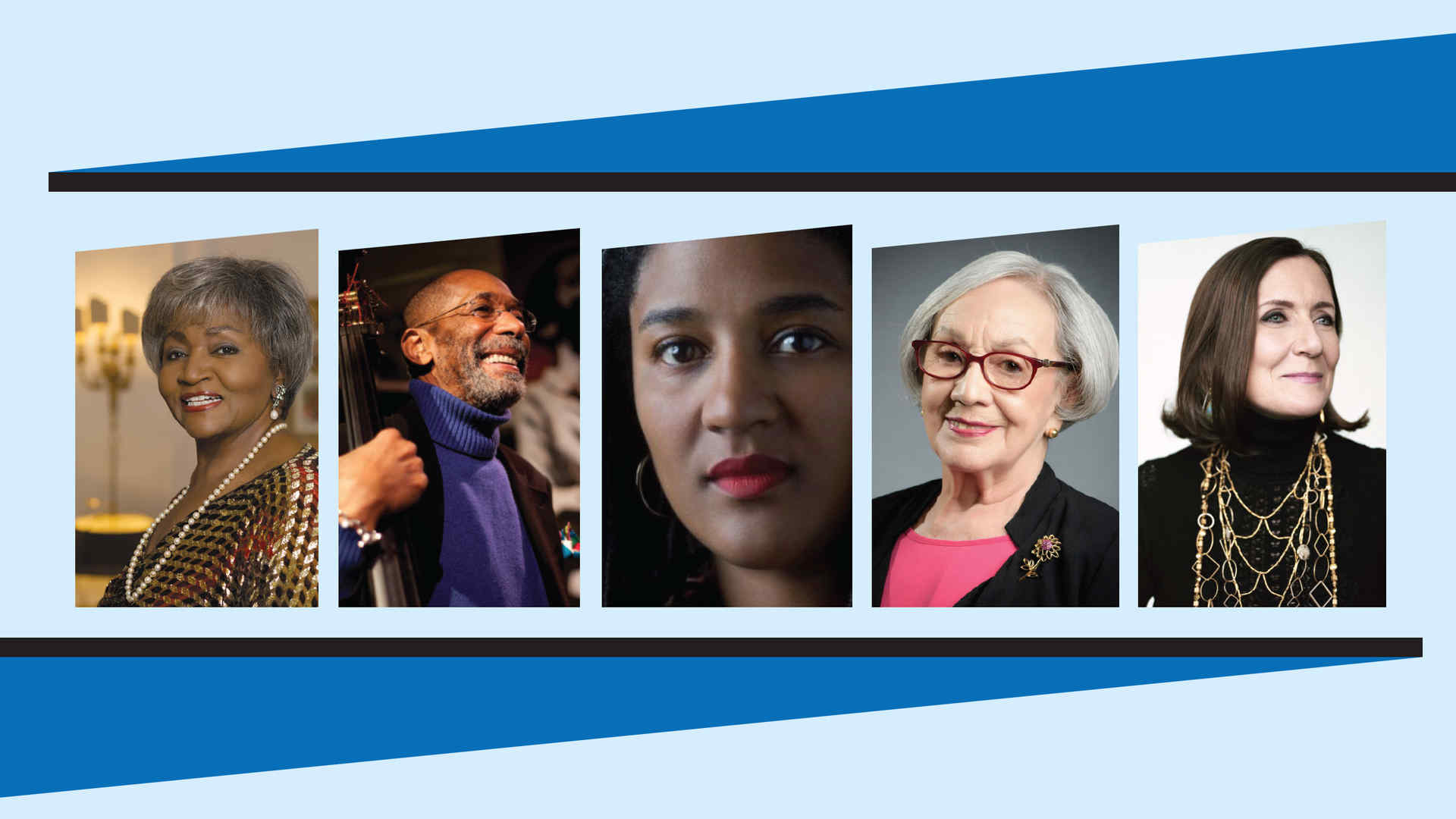 In 1987, his third year as president of Juilliard, Joseph W. Polisi bestowed honorary doctorates on six people who had made a difference to Juilliard and the world. It was the first time in Juilliard’s history that honorary degrees were given, and the tradition has continued ever since. On Friday, May 18, Juilliard will hold its 113th commencement and five arts world luminaries will receive honorary degrees: opera singer Grace Bumbry; bassist Ron Carter; playwright Lynn Nottage; Ballet Hispánico founder Tina Ramirez; and philanthropist Ann Ziff. Over the years the commencement speaker has often been one of the honorees, but sometimes the speaker is someone from within the Juilliard community. This year, for his final ceremony, Polisi asked jazz superstar Wynton Marsalis (’81, trumpet), a former Juilliard trustee who was instrumental in establishing Juilliard’s jazz program in 2001, becoming its director in 2014. Marsalis received an honorary doctorate from Juilliard in 2006.

Grace Bumbry was inspired as a teenager by hearing Marian Anderson in concert in her hometown, St. Louis. From her debut at age 23 as Amneris in Aida at the Paris Opéra—where she was the first person of color to perform on that stage—to her final stage appearance, at age 75, as the Countess in The Queen of Spades at the Vienna State Opera, she has forged an illustrious operatic and concert career studded with numerous recordings and honors. Bumbry continues to teach privately in Vienna and judges competitions and teaches master classes around the world. She’s also developing an online training portal called The Bumbry Way.

One of the most original, prolific, and influential bassists in jazz history, Ron Carter (faculty 2008-17) has more than 2,200 albums to his credit, which got him into the 2015 Guinness Book of World Records. He started playing the cello at age 11, but by high school, he recalled in a 2010 Journal article “they weren’t giving me the opportunities to play that they were giving the white kids.” Then he started playing the bass, “and they had to let me, because I was the only one playing.” Carter began playing jazz gigs to pay for lessons— and less than a decade later was playing with the Miles Davis Quintet. Countless gigs, recordings, compositions, and accolades later, Carter is still touring and writing.

The first woman to win two Pulitzer Prizes for drama (for Ruined in 2009 and Sweat in 2017), Brooklyn-born Lynn Nottage writes plays that often take as themes the disenfranchised working class, black women, and others whose voices are not heard. Among her other plays are By The Way, Meet Vera Stark, which Juilliard Group 44 performed in 2014; Intimate Apparel, which she’s adapting into an opera commissioned by the Metropolitan Opera and Lincoln Center Theater; Fabulation, or The Re-Education of Undine; and POOF! An artist in residence at the Park Avenue Armory, she’s a co-founder of the production company Market Road Films and has developed a number of original TV projects.

Tina Ramirez founded Ballet Hispánico in 1970 and served as its artistic director for 40 years, along the way bringing contemporary Hispanic culture to the forefront of American dance. Born in Venezuela the daughter of a Mexican bullfighter and the granddaughter of a Puerto Rican educator, Ramirez came to New York as a child and studied dance with, among others, longtime Juilliard faculty member Anna Sokolow. Her performing career included stints on Broadway and with the Federico Rey Dance Company. Ramirez’s far-reaching Ballet Hispánico commissions—95 works from 50 choreographers—brought an illuminating portrait of today’s Latinos to more than two million people, and the company’s dance school has brought its vibrant blend of dance and Hispanic culture to more than 250,000 students and teachers nationwide.

A retired psychiatric social worker who has since devoted her life to being an arts patron and jewelry designer, Tamsen Ann Ziff is chairman of the Metropolitan Opera and also vice chairman of Lincoln Center for the Performing Arts and the Artist Tribe Foundation. Among the many diverse boards she has served and serves on are Sing for Hope, the World Science Foundation, and Maloto, which provides education and housing for abused and abandoned girls in Malawi. The daughter of the Metropolitan Opera soprano known as Harriet Henders (who retired in the 1940s to devote herself to her family), Ziff is a visiting professor at Boyer College of Music and Dance at Temple, where she received her master’s degree in music therapy, has a master’s in social work from NYU, and also has a thriving jewelry design company called Tamsen Z.