Life After Juilliard: The Polisi Years 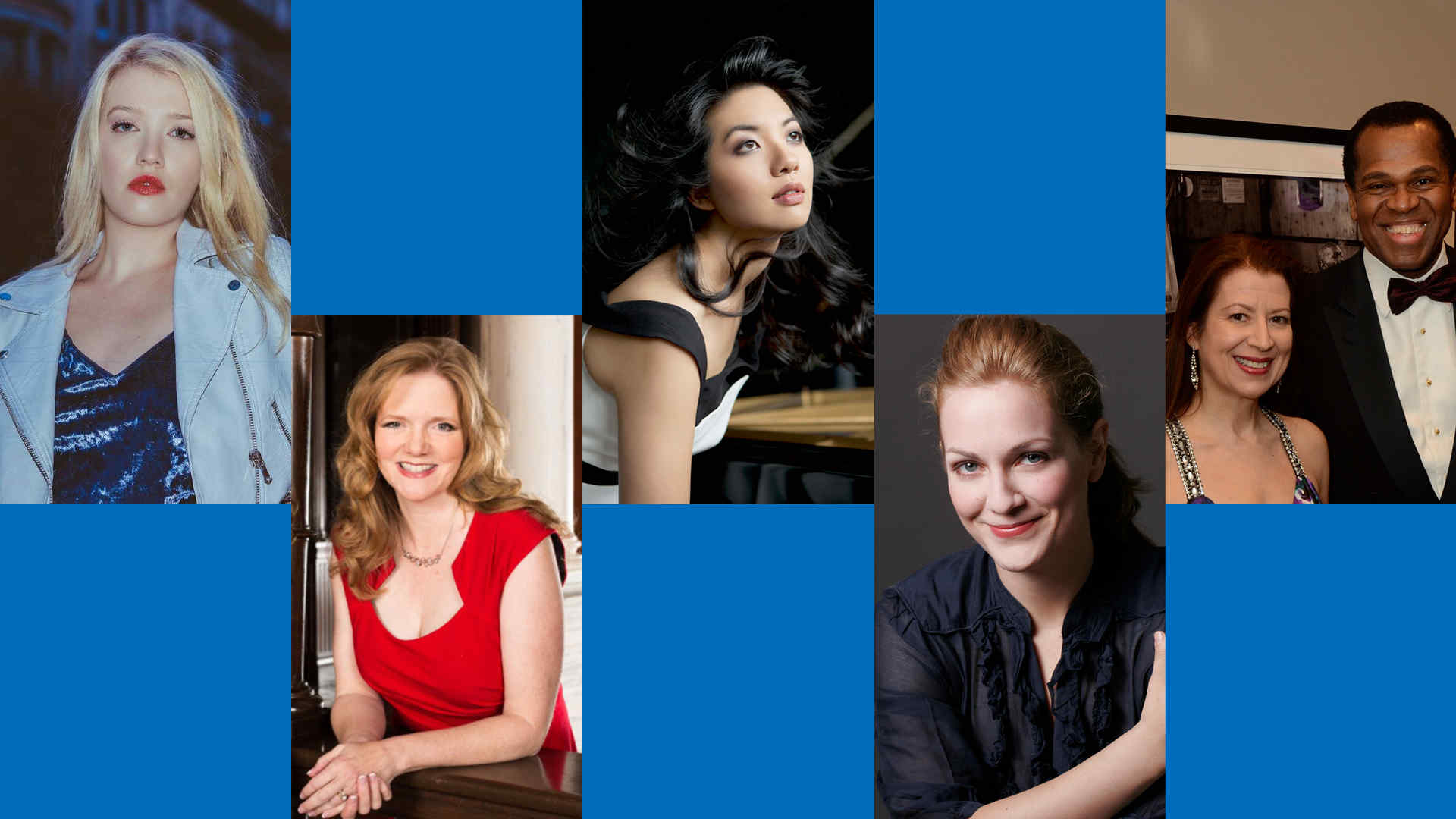 This edition of Life After Juilliard takes a glimpse at several of the many alumni from throughout the Polisi Years who interacted with and were inspired by President Polisi.

Anne and I first met as students at a post-concert reception in President Polisi’s office following the Focus! festival. We were married in 1989 and share a diverse and rewarding life in music— performing as soloists and as a duo in venues as far-flung as the historic Manoel Theatre in Malta; leading a delegation of music students representing several U.S. colleges and universities on an educational tour of Vienna, Salzburg, Prague, and Venice; and lending our talent and resources to the campaign for nuclear non-proliferation and eventual disarmament under the auspices of the Hiroshima-based Harmony for Peace Foundation. In 2011, after more than a decade as executive assistant to the director and auditions coordinator at Young Concert Artists in New York City, Anne returned to the vibrant Midwestern music community of Minneapolis where we make our home. I have served on the faculty at the University of Minnesota School of Music since 1992.
Anne Paolini (BM ’84, MM ’85, piano) and Paul Shaw (BM ’81, MM ’82, DMA ’87, piano)

Having studied oboe at Juilliard, I never imagined I would turn out to have something in common with Willie Nelson: finalist for Texas Musician of the Year! With all of my crazy and profound experiences at Juilliard, from recording with John Cage, soloing with Rostropovich, and forming an insane gigging trio, I knew my career would not be limited to one path. In Houston, I’ve explored such avenues as DJing for classical public radio, teaching at the University of Houston, and working with start-up chamber orchestras. With the renovation of a gorgeous Frank Lloyd Wright-style space here, I founded ROCO [River Oaks Chamber Orchestra] in 2005 as a professional music ensemble flexing from one to 40 musicians and performing dozens of concerts in unique spaces. We’ve commissioned and premiered 69 works in 13 seasons and we broadcast and record regularly. I love speaking about entrepreneurialism in the arts, and I was proud to be named one of Musical America’s Top 30 Influencers for 2015. Next season we’ll release our first commercial album with a debut NYC chamber performance scheduled for October. My fantastic husband of 28 years, Larry, and I have two wonderful sons—one in college studying political science and Chinese, and one in high school hoping to be a veterinarian—and full and joyful lives.
Alecia Lawyer (MM ’92, oboe)

I fondly recall that President Polisi could always find a few minutes to hear a student’s opinions, which he listened to with respect. I felt that despite all the growth and construction projects he spearheaded, he never lost touch with the core truth that Juilliard’s true wealth resides in its students and faculty. I try to emulate his leadership style and commitment to leading an arts organization with humility, respect, and openness in my role as director of music at Victory Hall Opera, a pioneering chamber opera company based in Charlottesville, Va.— putting the artists first, always respecting their professionalism, and keeping an open ear for their feedback and ideas.
Brenda Patterson (BCJ exchange ’98; MM ’01, voice)

Upon graduating from Juilliard, I joined the Academy [officially The Academy—A Program of Carnegie Hall, The Juilliard School, and The Weill Music Institute, now known as Ensemble Connect] as an inaugural fellow, played the William Petschek Piano Debut Award Recital at Alice Tully Hall, taught at Smith College and Sonoma State University’s Green Music Center, and had many solo and collaborative recording, performing, and directorial projects, including performing with the piano duo Greg Anderson (BM ’04, MM ’06) and I formed at Juilliard—we’ve concertized worldwide, created more than 50 music videos, and released 5 albums. We recently toured New Zealand and our just-released album Mother is an ode to the multifaceted nature of motherhood and creation. I’ve been inspired most by President Polisi’s expansive, enlightened approach to the arts—that to be an artist-citizen in our complex time is both a responsibility and gift. His course American Society and the Arts had a powerful effect on me, and in the supportive environment he fostered at Juilliard I met many of my closest friends, colleagues, and mentors. I’ll always remember his dignity and generosity of spirit, and I salute him for his extraordinary, transformative leadership.
Elizabeth Joy Roe (BM ’04, MM ’06, piano; Academy ’08)

After graduating from Juilliard in 2015, I knew I wanted to stay in New York City, where the pulse and energy are unparalleled. Over the past three years I have landed jobs in and beyond the scope of the performing arts world, most recently as an executive assistant to the founder of a prominent hedge fund. The demands of the job and the exceedingly high standards they set are not dissimilar to my experience as a Juilliard student. Prior to that, I danced at Radio City Music Hall in the Christmas Spectacular! I credit my training at Juilliard for giving me the mental and physical stamina required for that contract, as dancing 100 shows in less than two months—sometimes four per day—is no easy feat! As far as my next move goes, I will be dancing and singing in a brand new immersive show at the McKittrick Hotel. No matter what field I’ve worked in, Juilliard undoubtedly prepared me to handle any situation with grace and humility. President Polisi encouraged us to maintain an eagerness to learn, to see beyond preconceptions, and to forge our own paths—we make our own futures! That really resonated with me as a young artist and I hope to continue making President Polisi and all of my Juilliard mentors proud!
Kelsey Connolly (BFA ’15, dance)