How Juilliard Made Me a Better Scientist 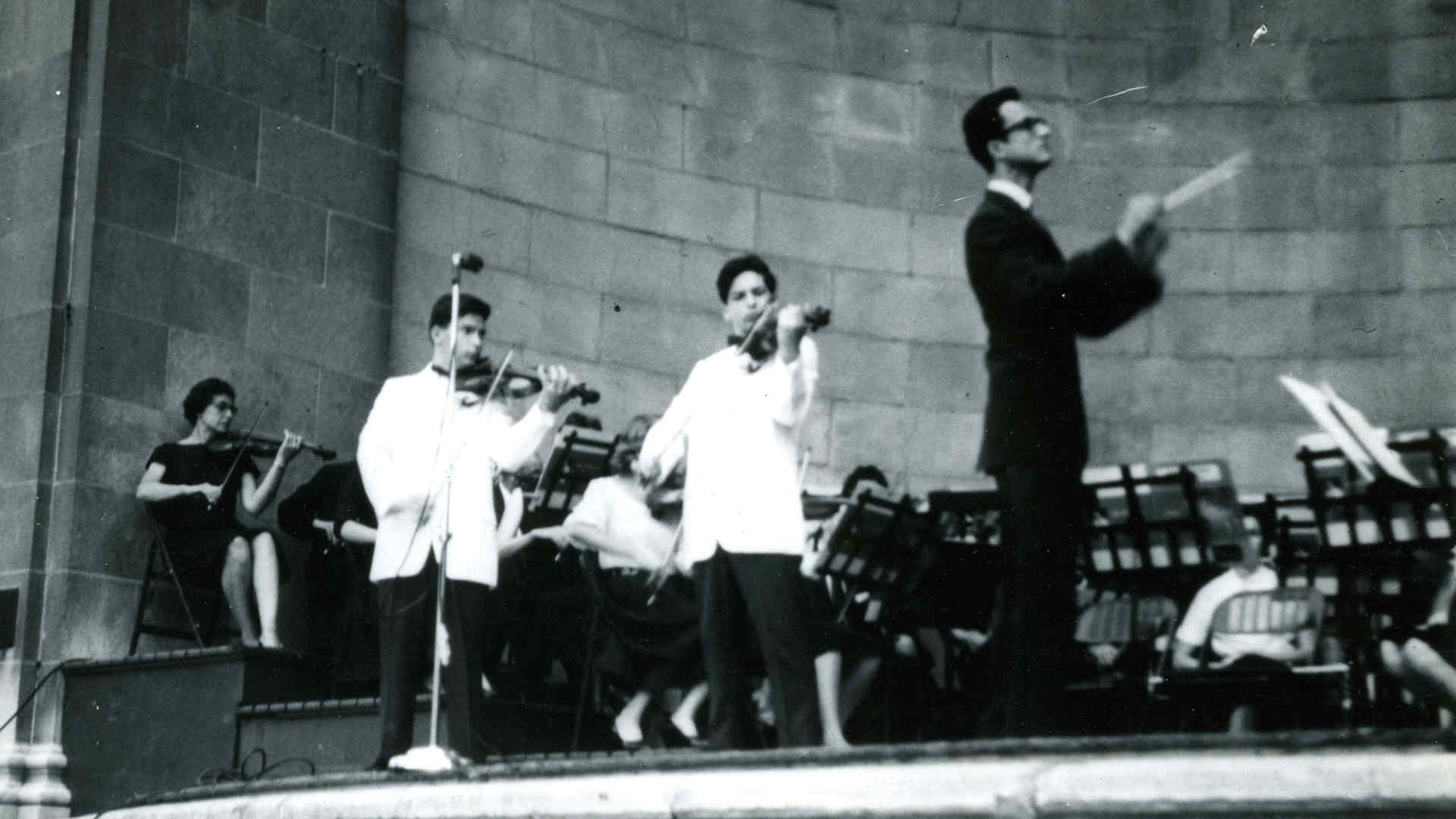 Violist Michael Domjan playing Bach with his twin brother, violinist Daniel Domjan—both were Pre-College students—with the West Side Symphony in Central Park in 1962

I had the good fortune of being a student in the Pre-College Division of Juilliard in the 1960s along with other students who subsequently became prominent musicians. I had similar aspirations, but the closer I got to a career in music, the more uncomfortable my parents became. They were self-employed artists and knew firsthand the challenges of not having a steady income. Their concerns weighed heavily on me and encouraged me to drop out of the music world to become a scientist and a university professor. Although I did not become a professional musician, I never regretted having spent much of my youth at Juilliard. In fact, I’m convinced that what I learned at Juilliard made me a better scientist.

One of the unique lessons I learned is that there’s a big difference between being very good and being spectacular. In academia, where I’ve spent most of my adult life, people have a lot of trouble making that distinction. Graduate students and professors are often described as being truly outstanding when they are just very good. Promotion and tenure committees struggle with the distinction with mixed success. At Juilliard, the distinction was easy to make. Fellow students like Pinchas Zukerman (Professional Studies ’69, violin) and Itzhak Perlman (Pre-College ’63; ’68, violin) were spectacular. I was just very good. The quality of a spectacular musical performance is self-evident.

The second lesson I learned at Juilliard is the importance of interpretation. Great musical performance is not about playing the notes but interpreting those notes to create a beautiful and moving experience. Interpretation is equally important in science. The data points produced in a research project are of little value without a compelling interpretation. My area of specialization is Pavlovian conditioning. Pavlov is credited with discovering that dogs will salivate to a signal that precedes the presentation of food. But that data point was not his critical contribution. Rather, Pavlov was a great scientist because he recognized that one could use information about conditioned salivation to investigate how associations are formed and how the brain works. His interpretation of the data was critical to his science.

The third lesson I learned from my immersion in music at Juilliard is the importance of beauty and aesthetics. We listen to music because it is beautiful, and musicians work hard to make their performances poignant and aesthetically pleasing. That is not the goal of science, but the work of our best scientists is inevitably beautiful. The aesthetic dimension of science is evident in the organization of ideas, the design of graphs, and the composition of research reports. Of course, science also includes numerous confusing graphs, tortured chains of reasoning, and ugly prose littered with unintelligible technical terms. But great scientists are not satisfied with that. They look for the most elegant and beautiful ways to express their ideas.

Finally, musical training teaches you that to achieve high levels of performance, you have to spend a lot of time in painstaking, boring, and repetitive activity—namely practicing. The same thing is true in science. Most of the time in science is spent in carefully and repeatedly executing laboratory procedures and statistical analyses. In both music and science, the final goal is achieved only after painstaking self-supervised private work. Learning how to persist in that tedious private work is critical to success in both areas of endeavor.

I don’t know if I made the right decision in pursuing a career in science rather than music, but I take comfort in the thought that my training at Juilliard made me a better scientist.