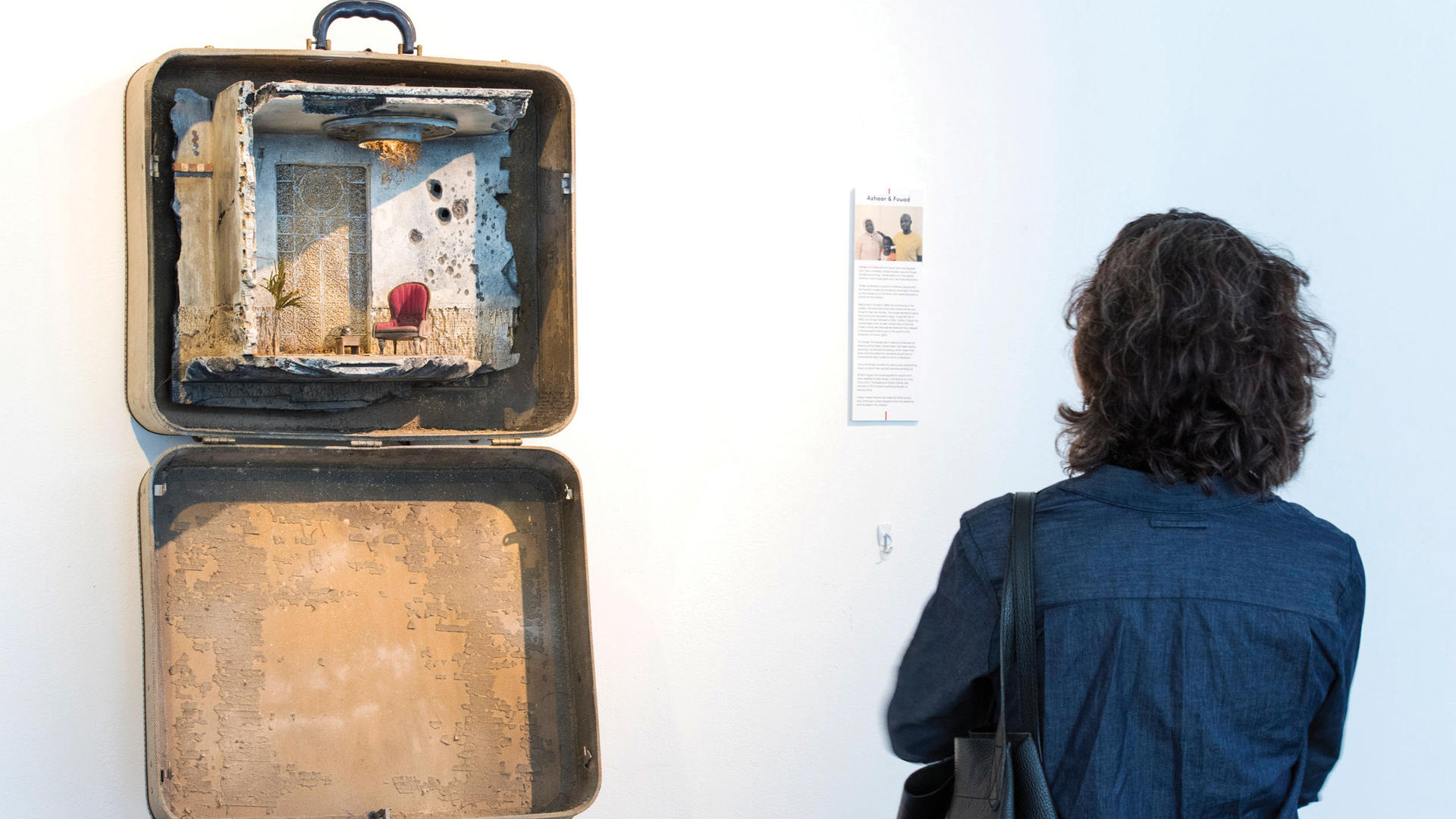 'UNPACKED: Refugee Baggage' is on display at Juilliard in the President's Outer Lobby

This exhibit has been extended through March 9.

Five years ago, Syrian artist and architect Mohamad Hafez started working on a piece from the heart. He was working as an architect in the U.S., where he also went to college, and his family had to flee Damascus “when the Syrian War showed up at our doorstep,” he said in a recent interview at Juilliard, where his installation UNPACKED: Refugee Baggage, is on display. Now dispersed on three continents, his family members are “blessed to be living comfortable lives,” Hafez says, but they haven’t been “home”—or even all together under one roof—in years. The artwork was a miniature model of the family’s living room, which he set in a battered suitcase.

Hafez, who’s now based in New Haven, found that the piece resonated with people and started expanding it, along the way teaming up with a Wesleyan University student named Ahmed Badr, who, serendipitously, had created a storytelling project for refugees.

Their collaboration resulted in UNPACKED, which consists of nine suitcases depicting miniature scenes from refugees’ former homes (one was Badr’s house in Baghdad, which had been bombed). The suitcases are paired with audio guides in which visitors can listen to the stories of the refugees, who have fled Congo, Sudan, Afghanistan, and Iran in addition to Syria and Iraq. The series culminates (or begins, depending on the order in which you see it) in the main lobby with an assemblage of suitcases donated by refugees or descendants of refugees who were Jewish, Irish, Indian—all victims of global struggles over the years.

“The refugee crisis is global—it’s not just Syria and Iraq. These are human stories,” Hafez said. Asked why it made sense to install this show at Juilliard, he added, “I’m always invested in showing my work in educational institutions, not corporations or galleries.” One purpose of the exhibit is to “remind our youth of this country’s roots—immigrants are how this country got built.”