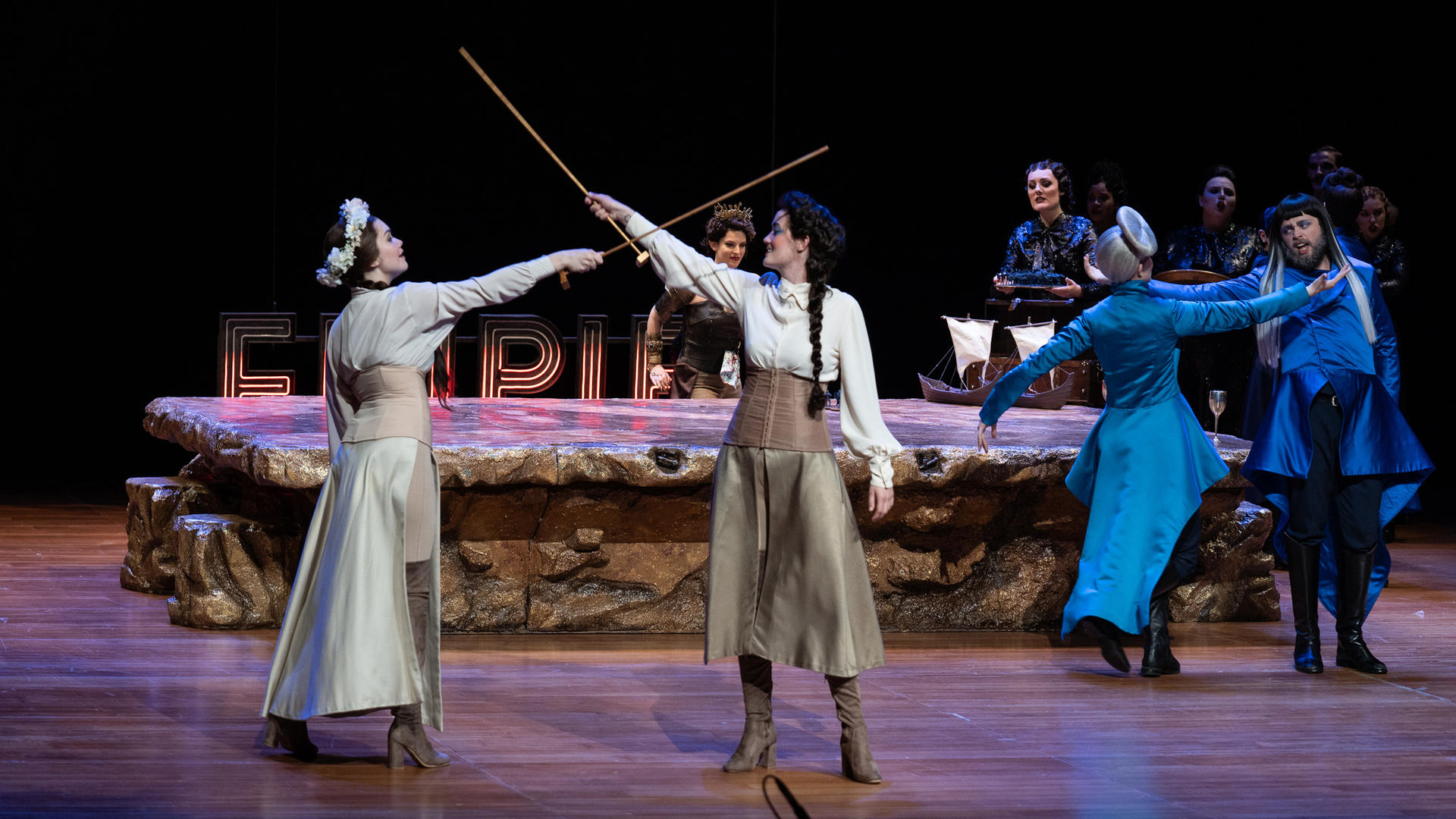 "Dido and Aeneas" in performance at the Royal Opera Versailles

Juilliard students were performing all over the globe this summer, and during the next few weeks, we’ll be posting some highlights. The first one is about the Vocal Arts-Juilliard415 tour of Purcell’s Dido and Aeneas to London and Versailles.

By Olivia Cosio
If someone had told me a year ago that I’d be in the Palace of Versailles watching fireworks after singing at the Royal Opera of Versailles, I would not have believed them. This production saw New York, Aiken (South Carolina), London, and Versailles between February and June, with each venue presenting new opportunities for us to grow. New York emphasized the detail work required when performing in a small black box theater, Aiken taught us how to bring the story to life in a concert style, London showed us how to doubly magnify all of our gestures, and Versailles asked us for the endurance for four performances in two days.

Of course, when we weren’t performing, we had a chance to be tourists! It was my first time in Europe, so I was already prepared to be awestruck and attempted to see as many landmarks as I could before leaving. On our day off in London, several of us embarked on a walking tour guided by Cameron Richardson-Eames (MM ’19, collaborative piano). We walked 12 miles in the pouring rain but we were able to see Buckingham Palace, Royal Albert Hall, and the London Eye, among several other landmarks. We all collapsed from exhaustion at the end of the day, but had plenty of pictures to send back to our families. The day before we started rehearsals in Versailles, I spent the morning visiting the Eiffel Tower, Arc de Triomphe, Notre Dame, and the Louvre. Later that afternoon, we arrived at the residence of the U.S. ambassador to France for an American Song recital featuring music by composers associated with Juilliard, including faculty member John Corigilano and former Juilliard president William Schuman, and other music with New York as a theme.

When Dido and Aeneas rehearsals commenced at the Royal Opera of Versailles, we went straight to see the Royal Box where Marie Antoinette and other royals sat. Singing in such an opulent and historic space immediately deepened my gratitude for this entire experience, and exploring the palace and the gardens before rehearsals was an incredible way to start every rehearsal day. Even though our venues were ever changing, the opportunity to work so closely with the same cast over the course of five months provided a wonderfully supportive base to work from. I felt so in sync with my castmates by the end of the tour that I could almost read their minds onstage, which made performing in new spaces exciting rather than disorienting.

I am indescribably grateful for the opportunity to have performed in such beautiful spaces, to have worked with the fantastic leaders of this project, and to have deepened my relationship with my colleagues along the way. Goodbye for now, Dido and Aeneas!