The Great French Organ Tradition With Paul Jacobs on Tuesday, September 10, 2019, at 7:30pm in Paul Hall

NEW YORK –– Grammy Award-winning organist Paul Jacobs, chair of Juilliard’s organ department, will perform a three-recital series in September 2019 featuring a program of works drawn from throughout the great French organ tradition. Although months in the planning, these French programs assumed new meaning the night of April 15-16, 2019, when the Grand Organ of Notre-Dame Cathedral survived the devastating fire in Paris.

Tickets for the September 10 recital are $20 ($10 for students with a valid ID) and will be available beginning August 20, 2019, at juilliard.edu/calendar. For information on tickets at the Church of St. Mary the Virgin, call (212) 772-1132 or go to eventbrite and for St. Ignatius Loyola Church, go to smssconcerts.org.

A highlight of the Juilliard program will be the U.S. premiere of Naji Hakim’s Tanets, inspired by the rhythm of the Basque fandango. The piece, in three parts, develops a joyful theme in a perpetuum mobile of sixteenth notes, developed by a tonal game of modulation.

On programming the recitals, Jacobs writes: “The French have always been rightly proud of their organ music. The culture has produced scores of excellent composers and virtuoso performers, not to mention masterpieces like Messiaen’s Messe de la Pentecôte, Duruflé’s Suite, and Vierne’s Sixth Organ Symphony, to name but a few. In constructing these particular programs, I wanted to offer, here in New York, a glimpse of this tradition over the past 200 years, including the familiar with the exotic, the profane with the sacred, and the intimate with the sublime.”

A complete listing of the programs follows at the end of this press release.

On May 7, 2020, students of Paul Jacobs will present a recital at St. Bartholomew’s Church in Manhattan. For information on tickets for the St. Bartholomew Church recital featuring Juilliard organists, go to stbarts.org.

Organist Paul Jacobs combines a probing intellect and extraordinary technical mastery with an unusually large repertoire, both old and new. He has performed to great critical acclaim on 5 continents and in 50 states. The only organist ever to have won a Grammy Award—in 2011 for Messiaen’s towering Livre du Saint-Sacrement— Jacobs is an eloquent champion of his instrument both in the U.S. and abroad.

Jacobs has transfixed audiences, colleagues, and critics alike with landmark performances of the complete works for solo organ by J.S. Bach and Messiaen as well as works by a vast array of other composers. He made musical history at age 23 when he played Bach’s complete organ works in an 18-hour marathon performance on the 250th anniversary of the composer’s death. A fierce advocate of new music, Jacobs has premiered works by Samuel Adler, Mason Bates, Michael Daugherty, Bernd Richard Deutsch, John Harbison, Wayne Oquin, Stephen Paulus, Christopher Theofanidis, and Christopher Rouse, among others. As a teacher he has also been a vocal proponent of the redeeming nature of traditional and contemporary classical music.

Highlights of Jacobs’ 2019-20 season include: performances of Michael Daugherty’s Once Upon a Castle with the Philadelphia Orchestra and Kansas City Symphony; three orchestral engagements with maestro Giancarlo Guerrero, including programs with the Nashville Symphony, Bamberg Symphony, and NFM Wroclaw Philharmonic; a recital for the inauguration of the newly restored Hazel Wright organ at the Christ Cathedral in Garden Grove, California, under the aegis of the American Guild of Organists Orange County Chapter and the Catholic Diocese of Orange County; and a Paris recital at the Maison de la Radio, presented by Radio France and the Orchestre National de France, featuring the world premiere of a new work written for Jacobs by the French composer Jean-Baptiste Robin.

Jacobs studied at the Curtis Institute of Music with organist John Weaver and harpsichordist Lionel Party, and at Yale University with Thomas Murray. He joined the faculty of Juilliard in 2003 and was named chair of the organ department in 2004, one of the youngest faculty appointees in the school’s history. He received Juilliard’s prestigious William Schuman Scholar’s Chair in 2007. In 2017 he received an honorary doctorate from Washington and Jefferson College.

Tickets for the Juilliard recital on September 10 are $20 ($10 for students with a valid ID) and will be available beginning August 20 at juilliard.edu/calendar.

For information on tickets for St. Ignatius Loyola Church, go to smssconcerts.org. 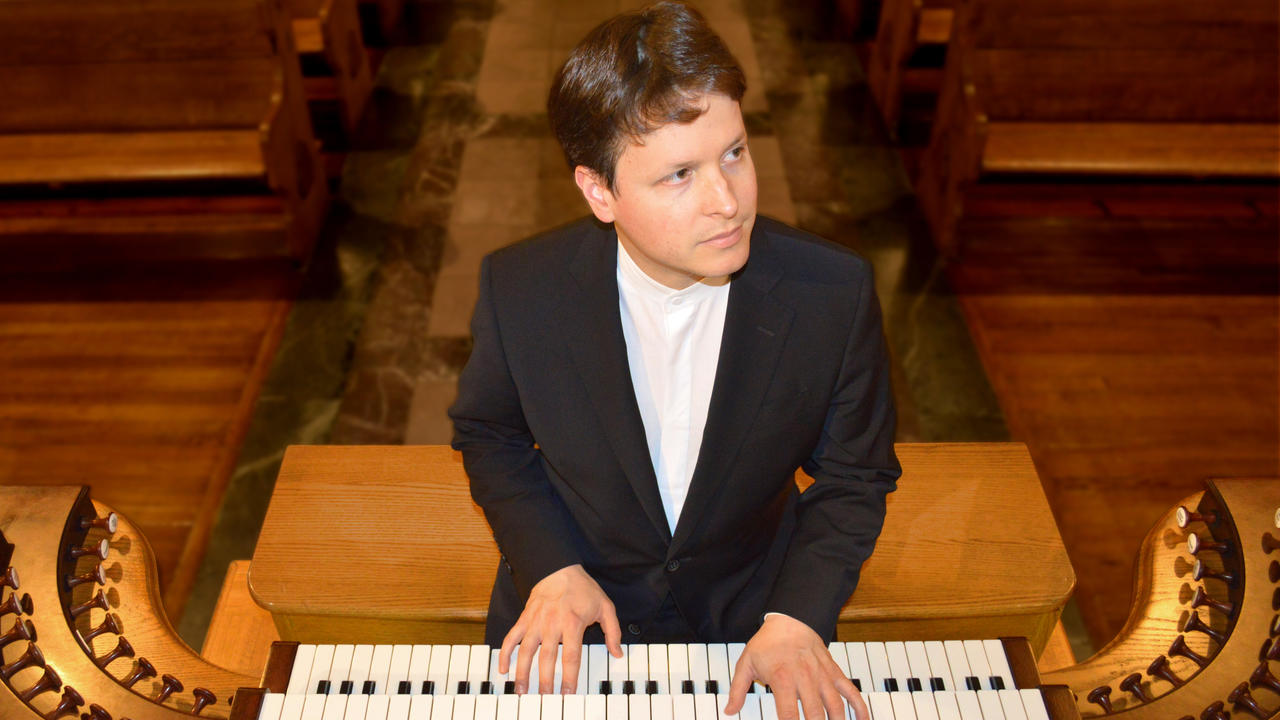 The Great French Organ Tradition With Paul Jacobs on Tuesday, September 10, 2019, at 7:30pm in Paul Hall (photo by Daniel Ficarri)