From the Browns to Bacchus

Tenor Ta’u Pupu’a (Artist Diploma ’11, opera studies) fell in love with singing when a music teacher assigned him an Italian song, but early on, he put his musical aspirations on hold to pursue another talent: football. Born the youngest of nine children on the island of Tongatapu in the Polynesian kingdom of Tonga, he was 5 when his family immigrated to Salt Lake City. He majored in music at Weber State, where he went on a football scholarship, but compared to singing, Pupu’a’s skills as a defensive end offered a much more viable way for him to help support his financially struggling parents and eight older siblings, so he pursued that path first.

In 1995, Pupu’a was drafted by the Cleveland Browns, but multiple injuries during the preseason led Pupu’a to question his true path; he followed his heart and moved to New York and began studying voice. One day, he went to the Met Opera Shop, where famed soprano Kiri Te Kanawa, a New Zealander of Māori descent, was signing autographs. Inspired by their Polynesian kinship, Te Kanawa took an interest in the aspiring tenor and—not having heard him sing a note—helped arrange his Juilliard audition.

Fast-forward eight years, when, having graduated from the Artist Diploma in Opera Studies program, Pupu’a arrives back at Juilliard to chat with the Journal. He’s literally running late—he’s come from a taping for a CNN feature on him, and they wanted to film the 6-foot 5, 290-pound athlete running in Central Park. While he still follows football a bit, Pupu’a is devoting himself to his burgeoning singing career these days. 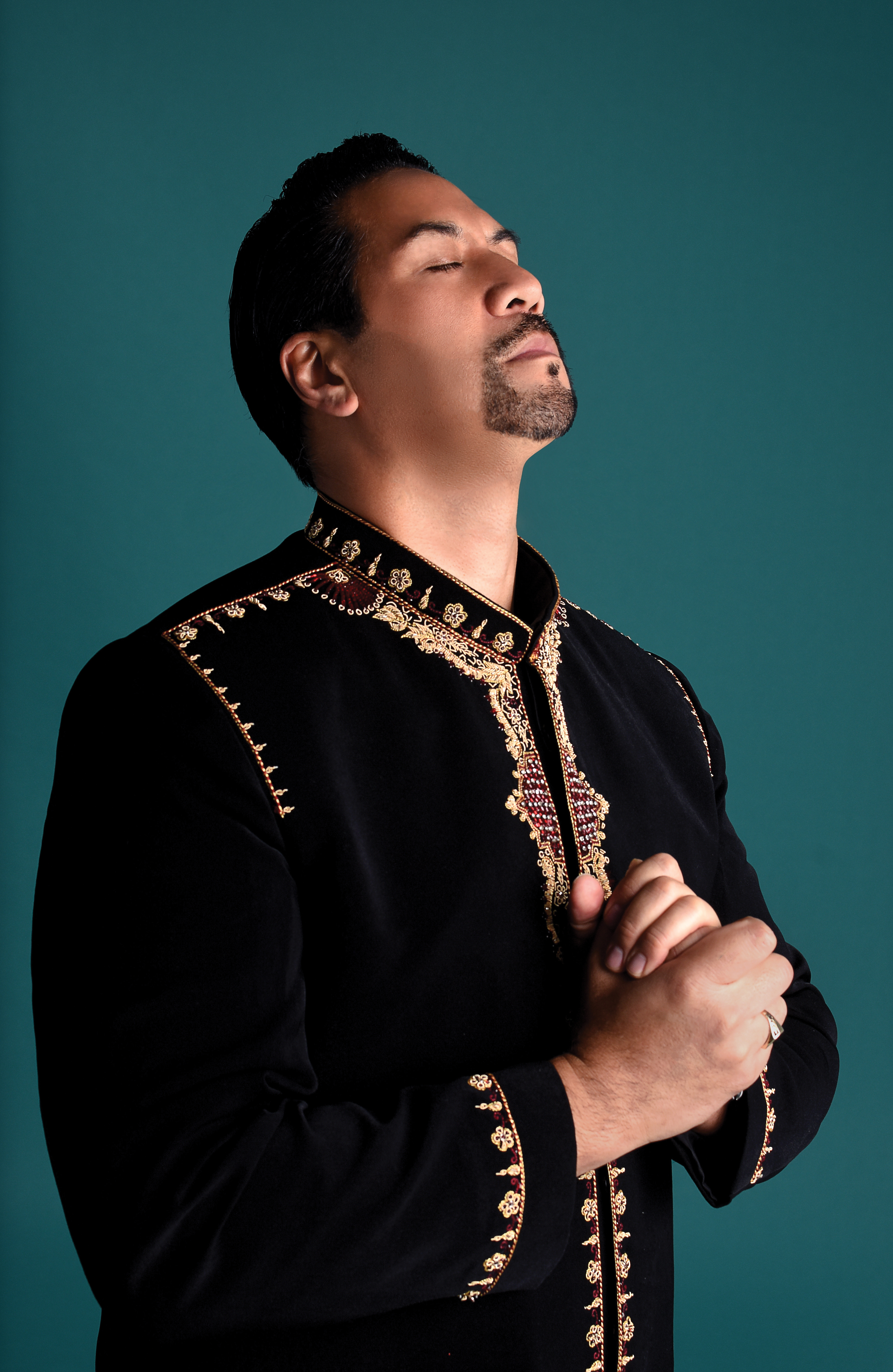 How would you compare your experience in the opera and professional sports industries?
You gotta just keep going. You gotta just keep your faith and your belief in yourself. And if singing is your love and desire, then you do it. Football prepared me for this world as much as Juilliard did. In football you have four quarters—just like you often have four or three acts in a show. You’ve got to pace yourself because you don’t want to blow yourself out in the first quarter—the first act. Knowing when to give more or less—when to conserve—it’s the same idea in both sports and singing.

What motivates you?
To keep going in this business? The love and joy of singing—while performing, and while preparing. I’m getting ready to go to Syros, Greece, for Ariadne auf naxos [with the International Festival of the Aegean], and I’ll be singing the role of Bacchus. This will be my fourth time singing this role, but I’m finding that on this round, my love of singing it is deeper. I guess I’m more mature and I’m literally getting into the details of who Bacchus is.

How would you describe the operatic sound you aspire to?
It’s a sound with heart and soul. Have you ever heard a tenor sing “Una furtiva lagrima” on a 1930s–’40s recording—and the tenor has this cry in the voice—the old school way? There’s so much emotion and acting in the voice itself. There’s such a contemporary tendency to externalize the drama, but when somebody stands there and just delivers an awesome performance—they don’t have to move, they don’t have to wave their arms around. They just open their mouth and the next thing you know, everyone’s drawn into that. 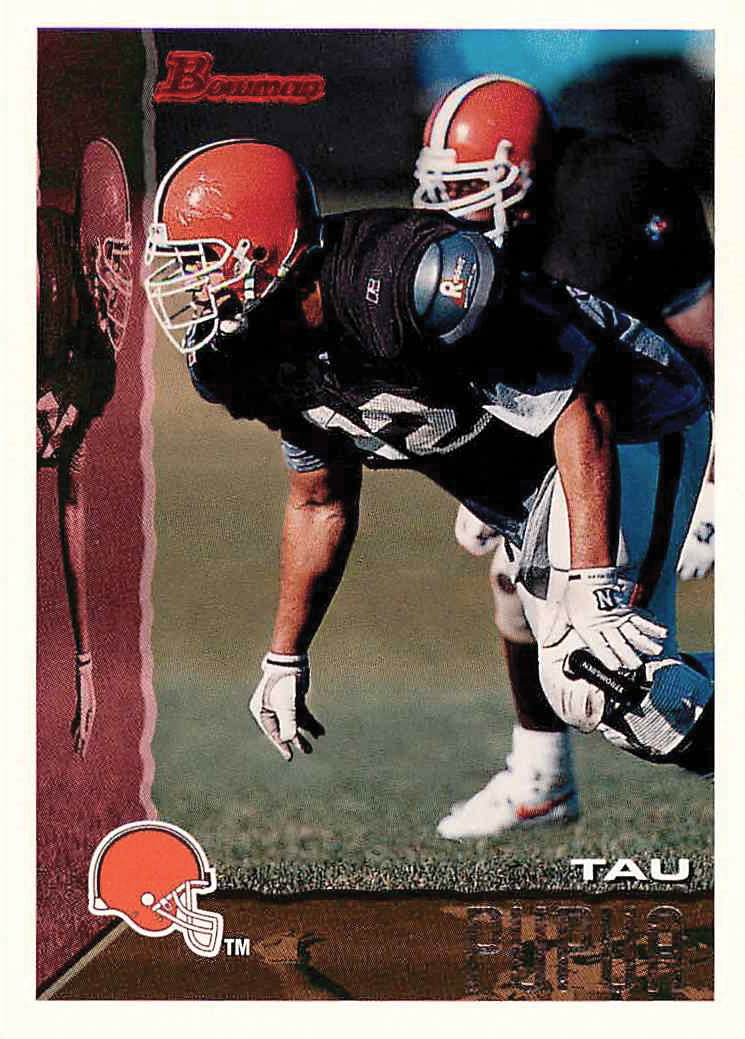 What did you have for breakfast this morning?
This morning was boring, but how about I tell you what I have for breakfast when I perform? If I’m in the United States, I’ll find a diner and I’ll usually have three or four eggs sunny-side up, bacon—make sure it’s crispy—and then I like sausage with that. I like to have some pancakes—I call pancakes protein! I like to fuel my body with breakfast, and then taper off for the rest of the day, and then before the performance, I’ll eat a Big Mac.

From a casting perspective, your stature definitely has a leading man look. Tell us about your repertoire.
Roles I’ve sung the most would be Cavaradossi in Tosca, Radames in Aida, and Bacchus in Ariadne. On the tail of those three are Canio in Pagliacci and Turiddu in Cavalleria rusticana. And I’d love to revisit Pollione in Norma.

I think you’re the first person I’ve met from Tonga. Do people misappropriate your ethnicity a lot?
I get called Mexican, Filipino, Native American, Spanish, Italian—whatever! Lots of different things. It doesn’t bother me.

What’s it like in Tonga? Is opera common there?
Farming is one of the biggest economic ventures in Tonga. My dad was a farmer. Opera doesn’t have much of a presence. Tonga is a very religious country and the culture is not very outwardly emotional or expressive. One goal of mine is to bring classical music there. In fact, I was invited to sing at the king’s 60th birthday this summer— I couldn’t make it, but I hope they’ll invite me again. I’d like to take an orchestra and put on a full opera. Part of the difficulty is in the cultural perception and feeling of taboo—for example, you couldn’t present Don Giovanni. Brothers and sisters don’t go to the movies together because an uncomfortable love scene might make them feel awkward. For couples, public displays of affection are considered inappropriate.

Would you say that you’re goal-oriented?
I think I am a dreamcatcher. I dream of certain things—something I want, a role, an opera—and then I try to catch it and make it reality. The next opera I’m already dreaming of doing is Puccini’s Manon Lescaut—the role of Des Grieux.

On October 18 and 20, Pupu’a sings the role of Pinkerton in Puccini’s Madama Butterfly with Opera Connecticut.