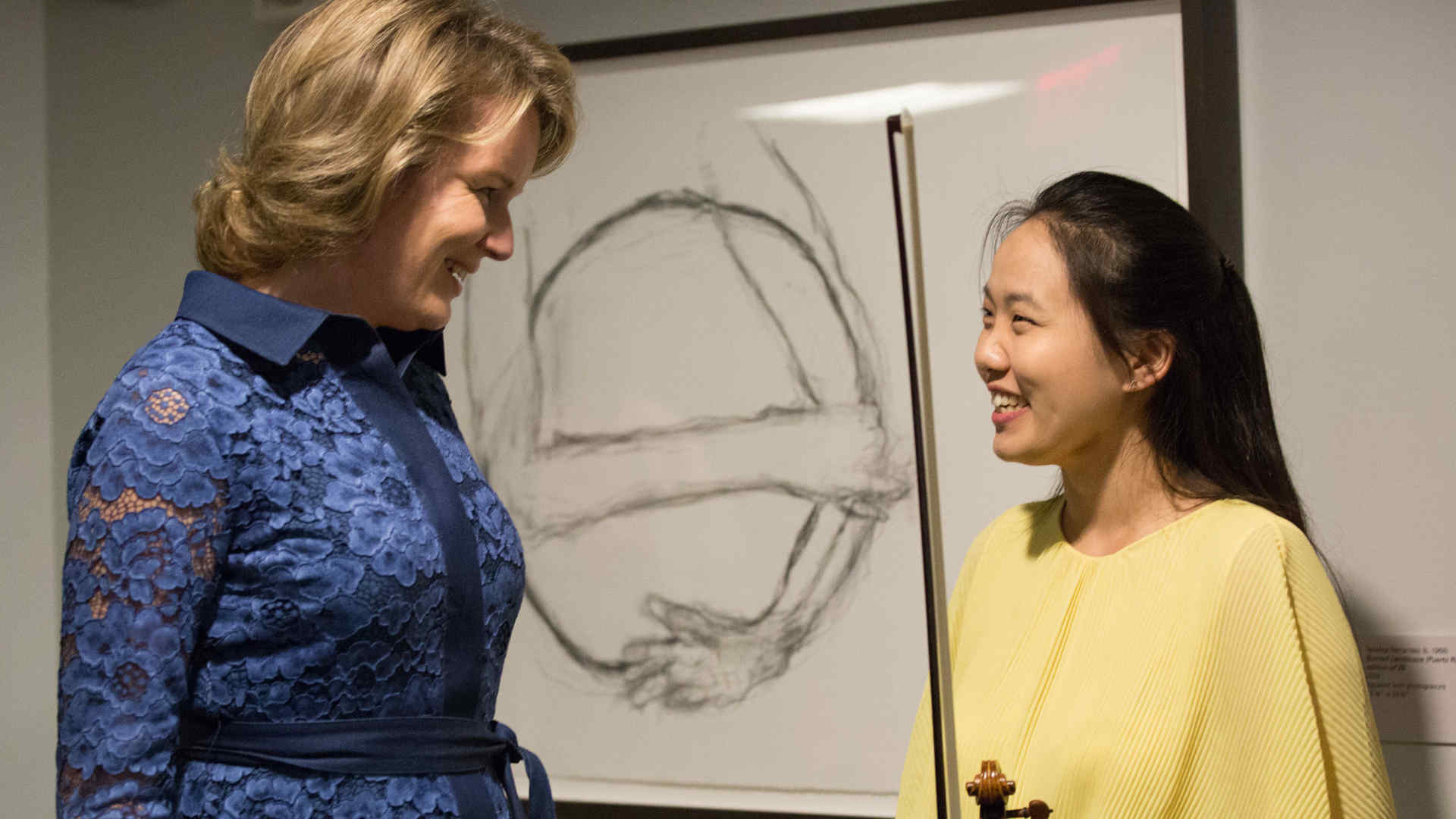 During her recent visit to Juilliard, Her Majesty the Queen of the Belgians spoke to Stella Chen

The school was abuzz when Her Majesty the Queen of the Belgians, who was in town for the opening of the United Nations General Assembly, visited Juilliard on September 23. A renowned arts patron, Queen Mathilde is the patron of the Queen Elisabeth Music Competition, which was founded by and named after her husband’s great grandmother, a pupil of Belgian violinist and composer Eugène Ysaÿe. It has become one of the world’s top competitions since it started in the late 1930s.

It turns out Juilliard has a number of Belgian connections, and this was a great moment to highlight them. One connection was that at this year’s competition, for the first time ever the three top winners were all Juilliard students. Doctoral student Stella Chen took first place, Artist Diploma candidate Timothy Chooi placed second, and master’s student Stephen Kim came in third. Chen and Kim were both on hand to meet the queen at Juilliard; Choi was out of town.

“I was very happy to see Queen Mathilde at Juilliard today,” Chen told the Journal afterward. “She was frequently in the audience during the competition and the laureates’ concerts, and it was very meaningful to see her in New York after having so many wonderful meetings in Belgium. She’s such a thoughtful and kind person, and a great music lover.” Chen also performed for the queen during her visit, playing excerpts from the Bach G Minor Sonata, which was the inspiration for Ysaÿe’s first solo sonata, a repertoire requirement of all the competition candidates.

Ysaÿe himself is another Juilliard-Belgium connection. As Jane Gottlieb, vice president for library and information resources, explained to a crowd of students, faculty, and staff gathered in the boardroom to meet the queen, Juilliard has the largest compendium of extant Ysaÿe materials in the U.S. After Chen performed, President Damian Woetzel presented the queen with a framed facsimile of part of Ysaÿe’s original score for his Violin Sonata No. 2, “Obsession.”

The agenda for the arts-loving queen, who was played in to the school by a jazz ensemble, included a dance-rehearsal observation. Rehearsal director Bret Yamanaka led the first-years, who were starting to learn the choreography for former faculty member Donald McKayle’s Crossing the Rubicon, which they will perform as part of the Paul Taylor Company season in November. Afterward the queen observed a mini vocal arts master class with artist diploma soprano Lila Duffy singing Debussy’s Apparition with collaborative pianist and vocal arts faculty member Bénédicte Jourdois, and Duffy and Jourdois chatted in French with the queen.

Glamorous but down-to-earth, the queen spoke with students from all three divisions during the course of her 90-minute stay. Stephen Kim, who had also met her majesty at the competition, noted that she told him it was nice to meet him again, this time “at your school.” But it wasn’t just the queen who was knowledgeable about and interested in music. Kim and Chen both observed that Belgians—from taxi-drivers to shopkeepers and passersby—occasionally recognized the laureates while out and about in Brussels. At a telecom store where he went at the beginning and end of his month in Belgium, Kim said, “the workers remembered me and said they were proud that the violinist that came to their store was a laureate.” For Chen, the Juilliard connection with Belgium would continue very soon after the queen’s memorable visit here—the next day she flew to Europe with a stop in Brussels on the itinerary. 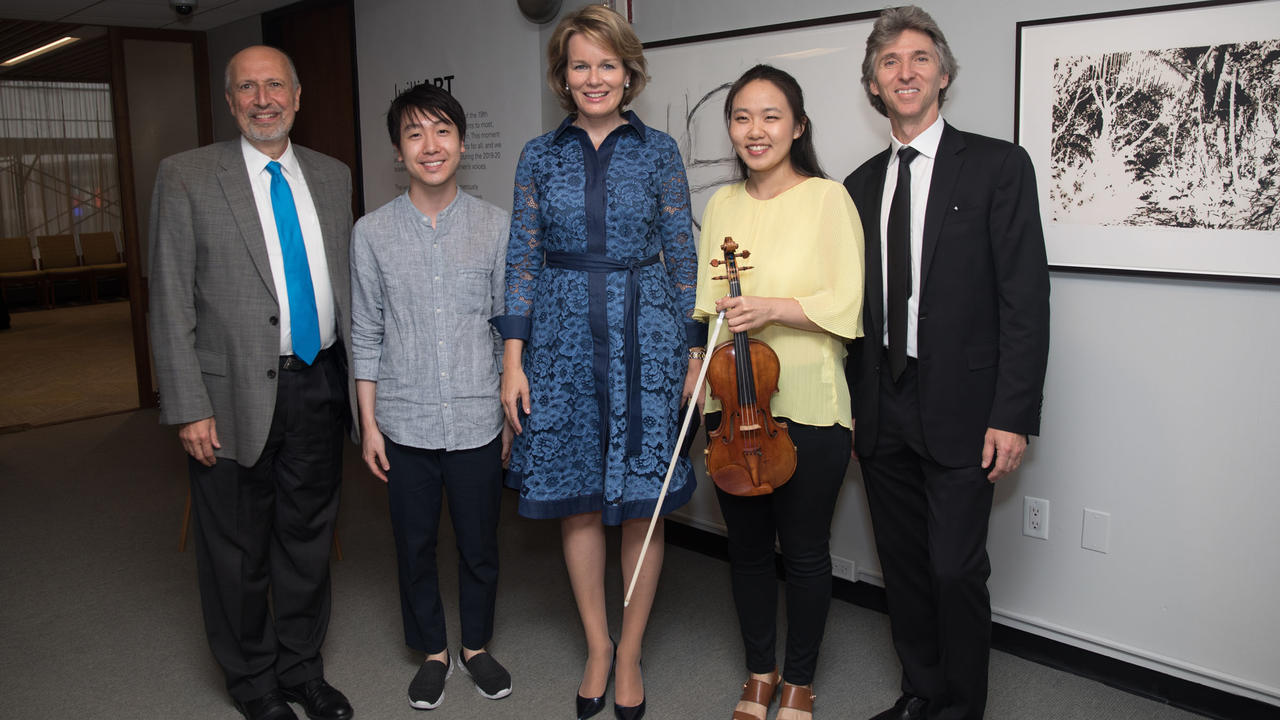