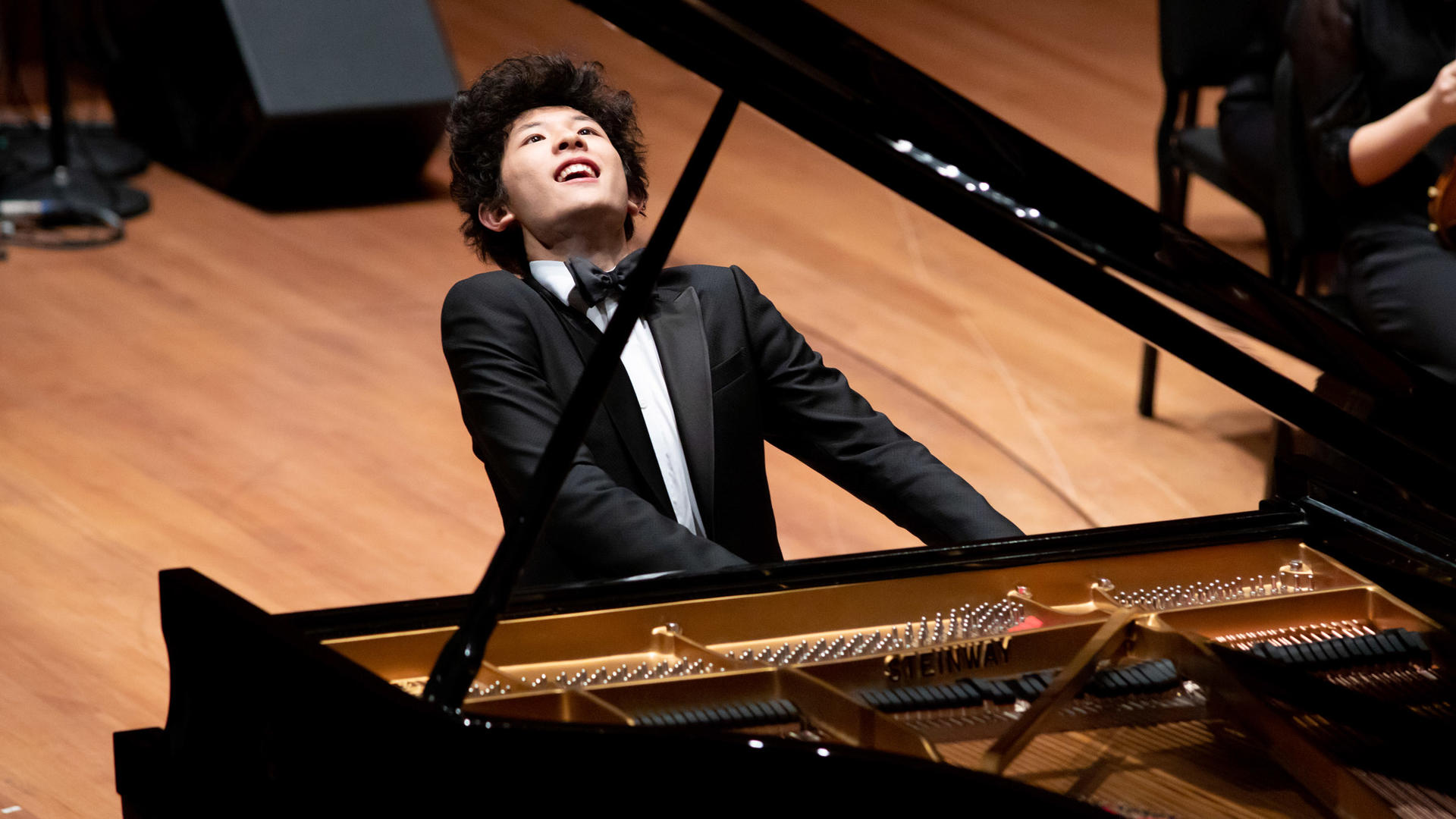 Juilliard’s Fall Benefit celebrated the school’s youngest musicians on November 4 as a gala crowd came together to fete the Pre-College as well as the Music Advancement Program (MAP).

The festivities began in Alice Tully Hall, where audience members were treated to a variety of performances including the Pre-College Orchestra, conducted by both David Robertson, Juilliard’s director of conducting studies, and Pre-College faculty member and alumnus Nico Olarte-Hayes. The evening's repertoire included traditional works such as Prokofiev’s Piano Concerto No. 3, with Pre-College alumna Joyce Yang, and there were also some newer pieces with Juilliard connections on the bill. Nathalie Joachim (MAP '96; Pre-College '01; BM '05, flute) joined a Pre-College ensemble to perform an excerpt from her Fanm d’Ayiti, which celebrates women artists and Joachim’s Haitian heritage. And Pre-College alum and Emmy-winning, Oscar-nominated composer Nicholas Britell, a Creative Associate, joined the orchestra for the first live performance of his Suite from the hit HBO show Succession. A number of the Succession actors attended the benefit, to the delight of starstruck attendees. 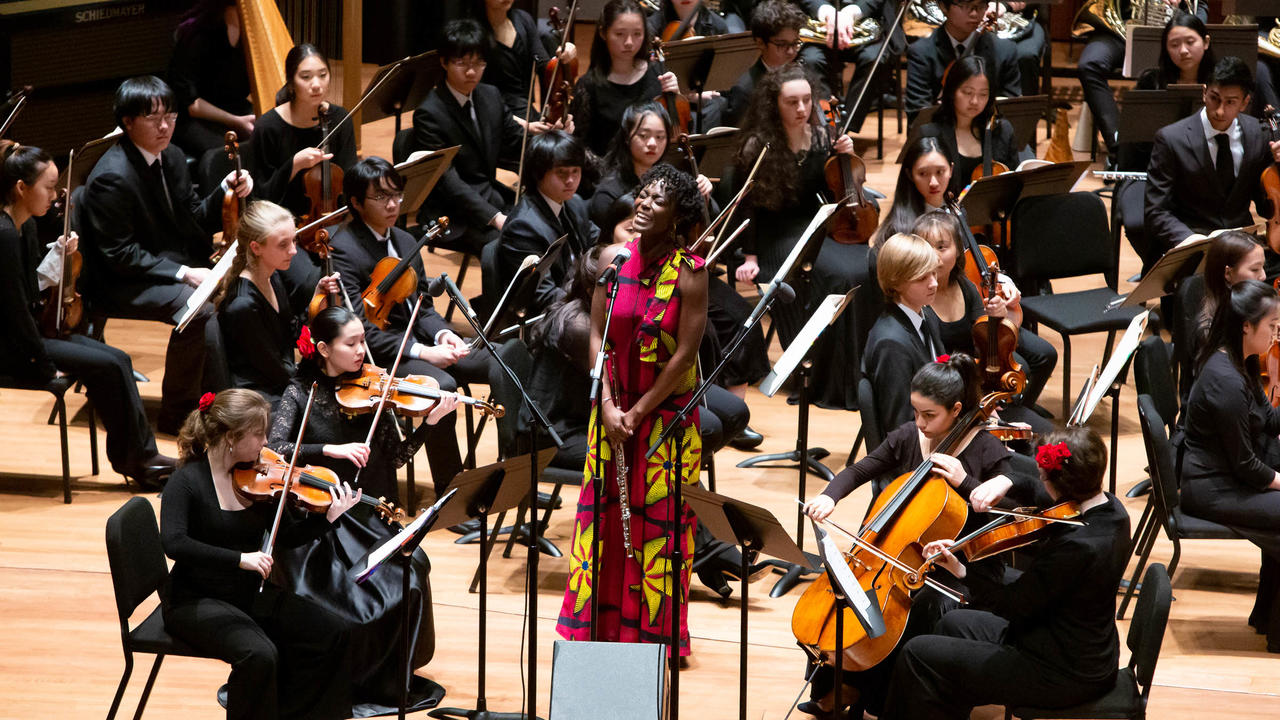 Noting that the gathering took place 50 years after Juilliard arrived at Lincoln Center, President Damian Woetzel talked about the importance of preparing young artists and collaboration and the artistic continuum. Indeed there were a number of anniversaries honored—the Pre-College is now in its second century and MAP is coming up on 30 years of existence. The two Saturday youth music programs are now under the umbrella of the Preparatory Division, whose dean is Weston Sprott.

Over the course of the evening, Bruce Kovner, Juilliard’s board chair, thanked fellow benefit honorary co-chairs Suzie Kovner, Katherine Farley, and Jerry Speyer along with benefit chairman Mercedes Bass. Kovner also announced that the benefit had raised more than $1 million for Juilliard’s preparatory programs and the hardworking, dedicated students who take part in them.

The performance portion of the benefit concluded with a rousing rendition of “What a Wonderful World” performed by the Pre-College and MAP choruses, and with that, attendees decamped to the Koch Theater for a festive dinner.