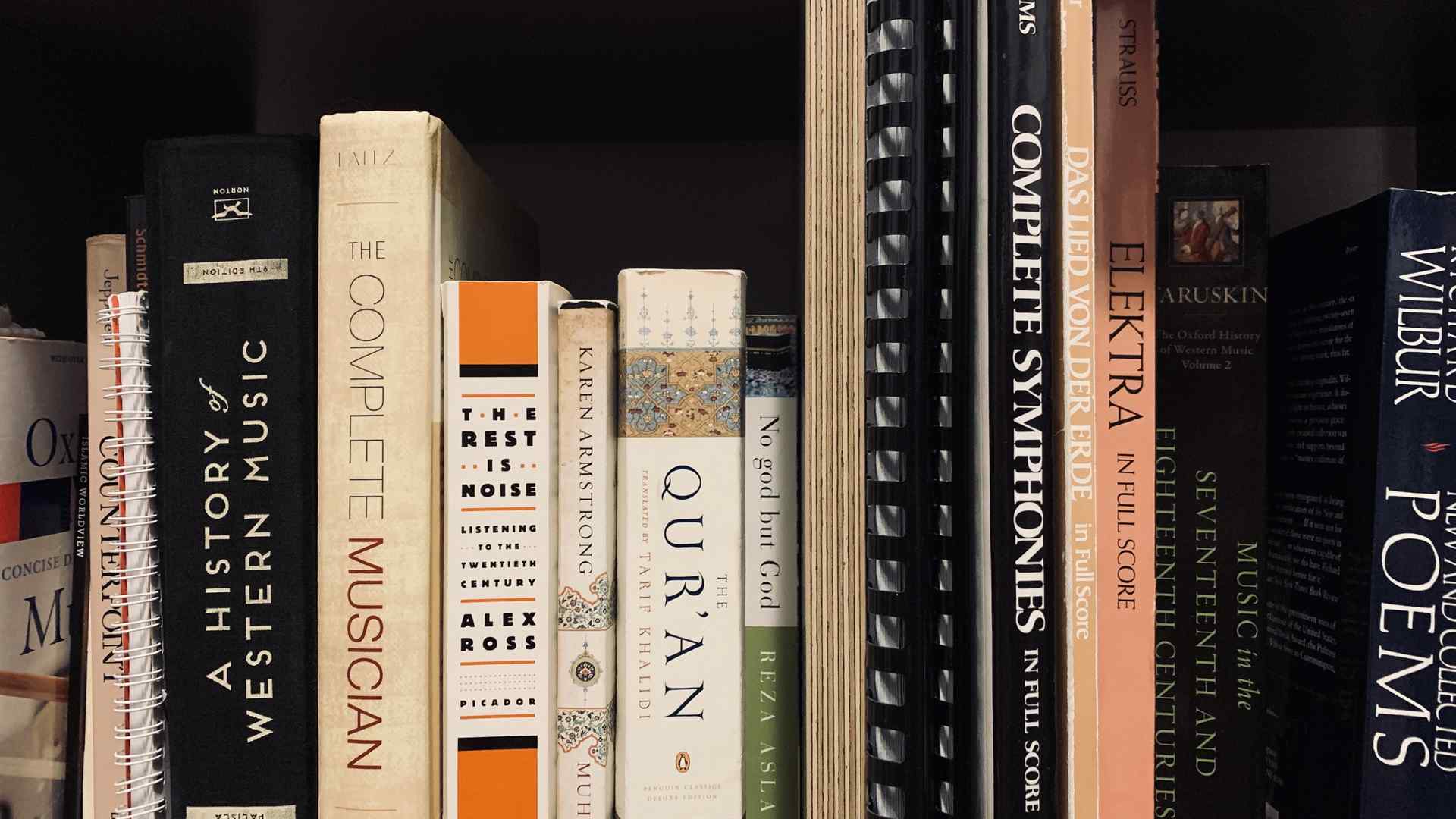 Before college, my last encounter with English literature was back in high school. I never thought I would venture into it again until my final undergraduate year, when I found myself remembering the sheer impact that words can have on a sensitive soul.

Reading was one of my favorite pastimes as a child. To ameliorate the time-wasting state of constipation, I would smuggle books to the bathroom and spend hours squinting at pages of prose under the dim, flickering light covered with two or three little moths overjoyed at their constant source of warmth. Poems were what I was penning at 13, before I started writing music. As a young musician, self-expression was something I valued deeply, and I saw that creating my own words, apart from performing, was extremely restorative during the capricious years of puberty.

Nearly a decade on, I have moved to a very different time and place. My American sojourn is one that is soaked in music, with the occasional company of books on music. Even after completing Juilliard's core liberal arts courses in ethics, philosophy, politics, and the arts, my aspiration to understand music in greater depth has led me to taking intensive German and Latin electives at Columbia University. Therefore, when Contemporary American Poetry, a liberal arts course, was offered last spring at Juilliard, I almost disregarded it, although it promised a warm and timely revisit to my teenagehood.

During these last four years, I have grown to love America. Music represents only one facet of the multidimensional beauty this country offers. The other colors of this imperfectly shaped prism worth knowing should also include culture and lifestyle, both of which gently seeped through the voice of the people who came, lived, and are still living. To embrace an entity wholesomely is to have affection developed for the various personalities it possesses, a kind of phenomenon that only can arise from the nonjudgmental love that one person can have for another. The course gave me a chance to witness the life I have never led—Professor Ron Price, a poet and a cultural ambassador, exposed us to a multitude of intoxicating private and societal experiences reflected through the ink strokes of American poets ranging from Emily Dickinson to Sylvia Plath, Etheridge Knight to Charles Bukowski, Adrienne Rich to Langston Hughes, Jack Gilbert to Richard Wilbur, and more. Indran Amirthanayagam, a Sri Lankan-American-poet, also graced the class and invited us on a walk down the memory lane of his own upbringing through his own sensuous reading of some of the books he has written. 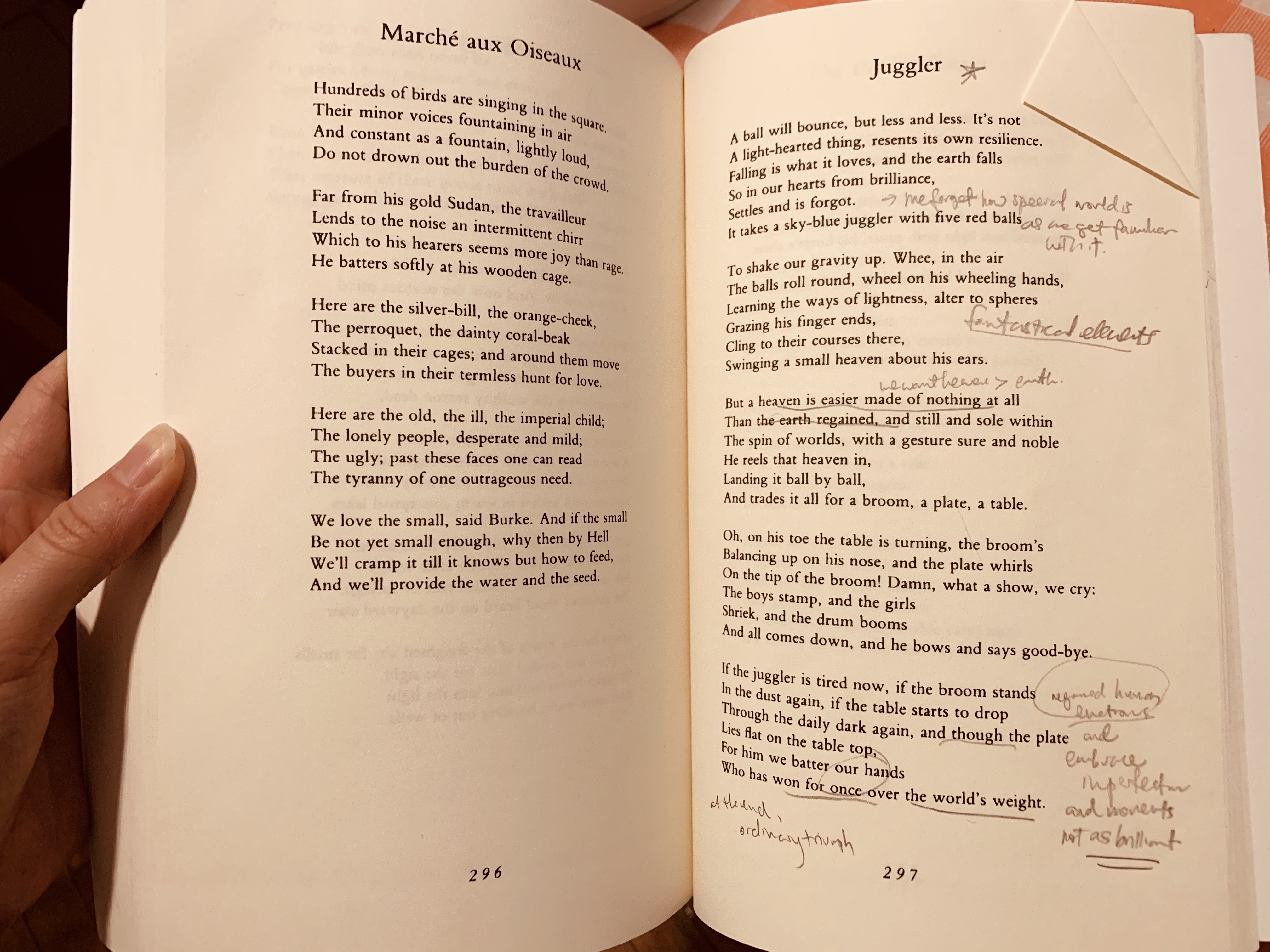 The survey of poetry was cathartically overwhelming. The writings speak of genuine emotions that are all too real and relevant to each of us today. My favorites among these include those of Stafford, Wilbur, and Gilbert, whose poems, in spite of their exquisite delivery of nature’s alluring enigma, address certain paradoxes and expose humanity’s fragility. The confrontation of vulnerability is then transformed into the impetus for growth shaped through experiences that help a person blossom with purpose in an unforgiving world. The breadth of perspectives in their poems strive to reconcile polar attributes of the world, such as the good and bad, the world of living and the supernatural/dead, the pain of yesterdays and the courage of letting go. It is always emotionally fulfilling to read and attach my own memories to these memorializations of moments in time and discover consolation, peace, and wonder all at once.

Here are two of the most unforgettable excerpts I fondly recall from the course: 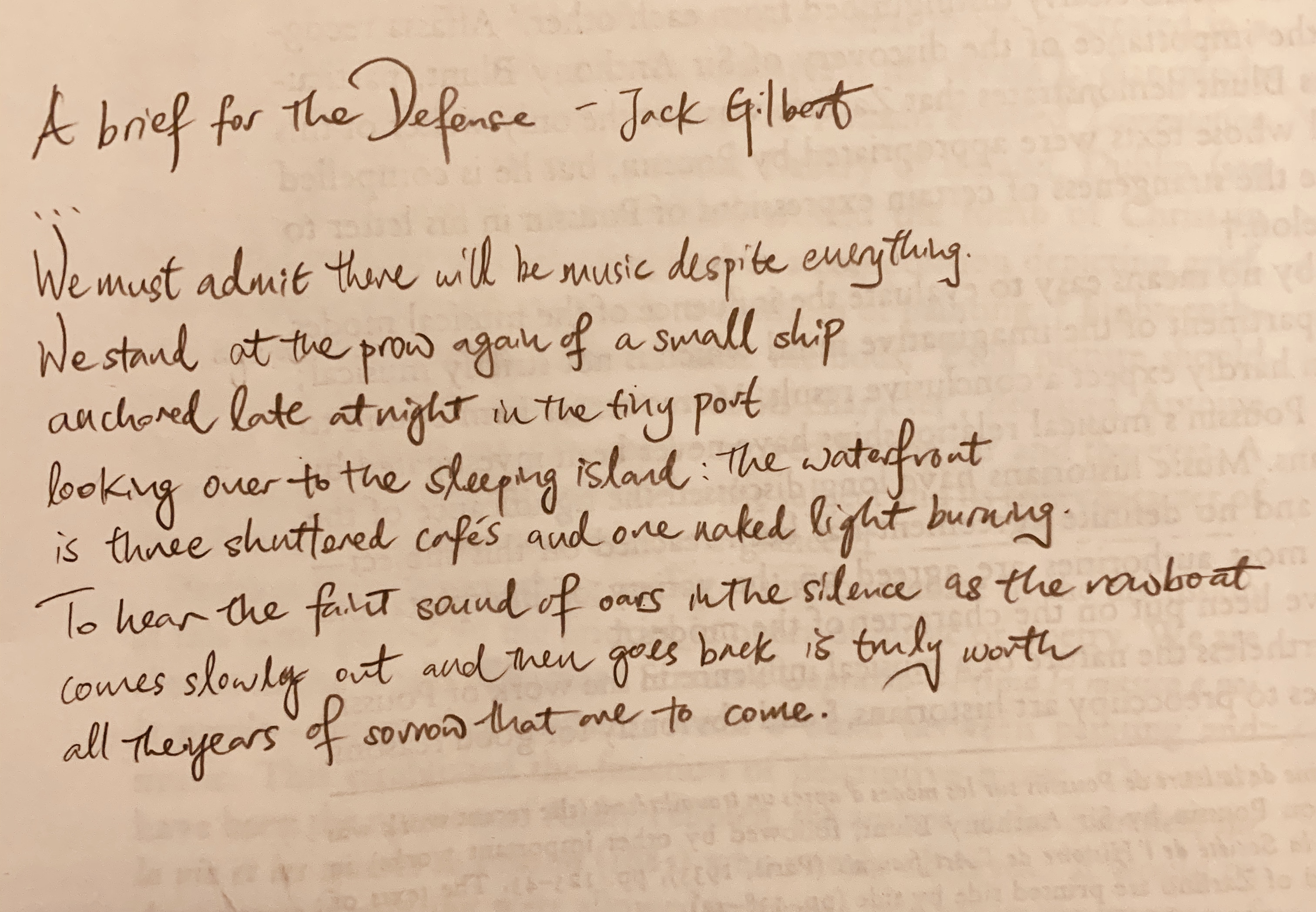 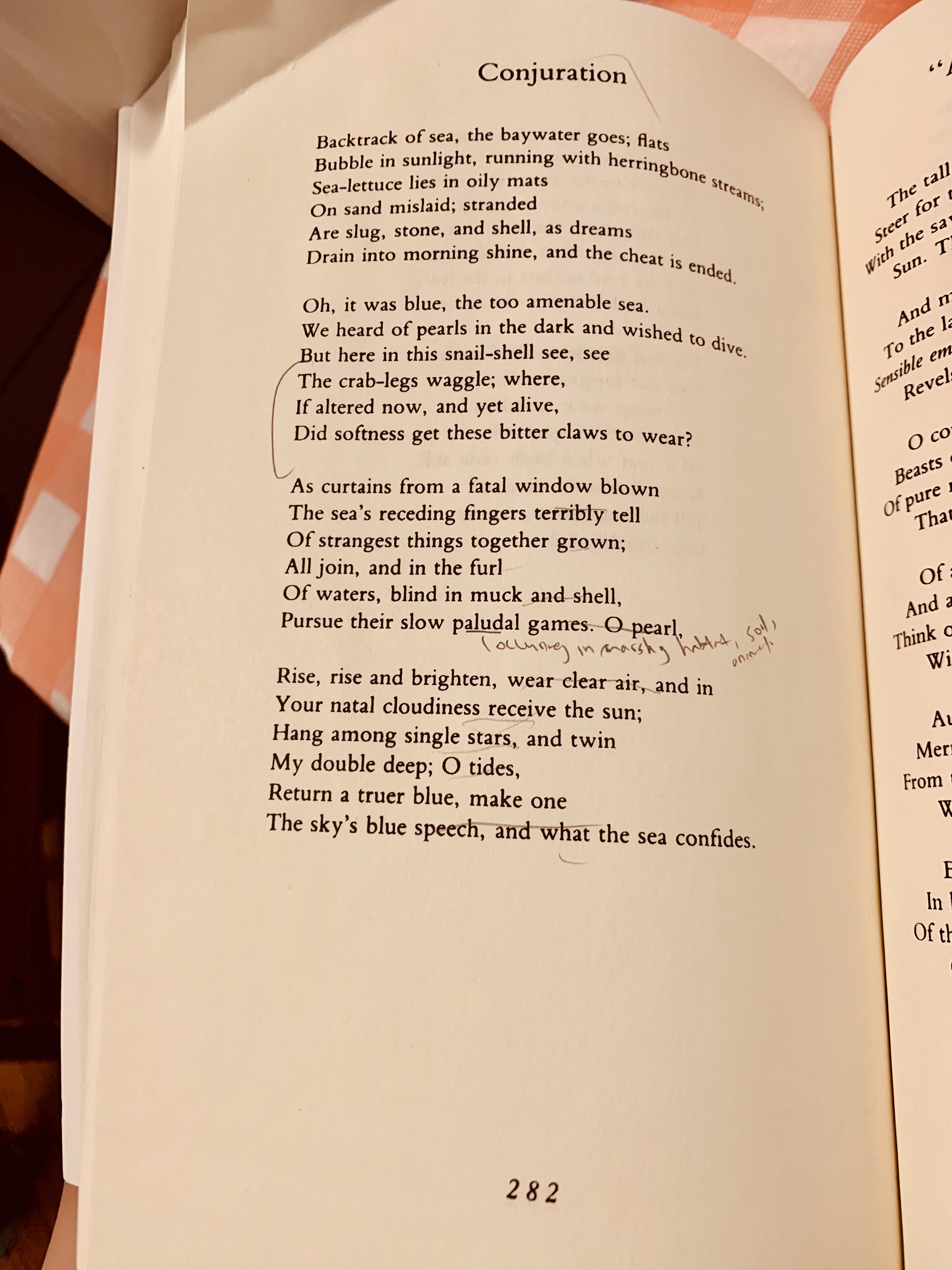 Last but not least, this poignant prayer apt as a personal epigram of sorts, a lasting musical plea:

I Imagine the Gods, by Jack Gilbert

I imagine the gods saying, We will
make it up to you. We will give you
three wishes, they say. ...

Think, they say patiently, we could
make you famous again. Let me fall
in love one last time, I beg them.
Teach me mortality, frighten me
into the present. Help me to find
the heft of these days. That the nights
will be full enough and my heart feral.