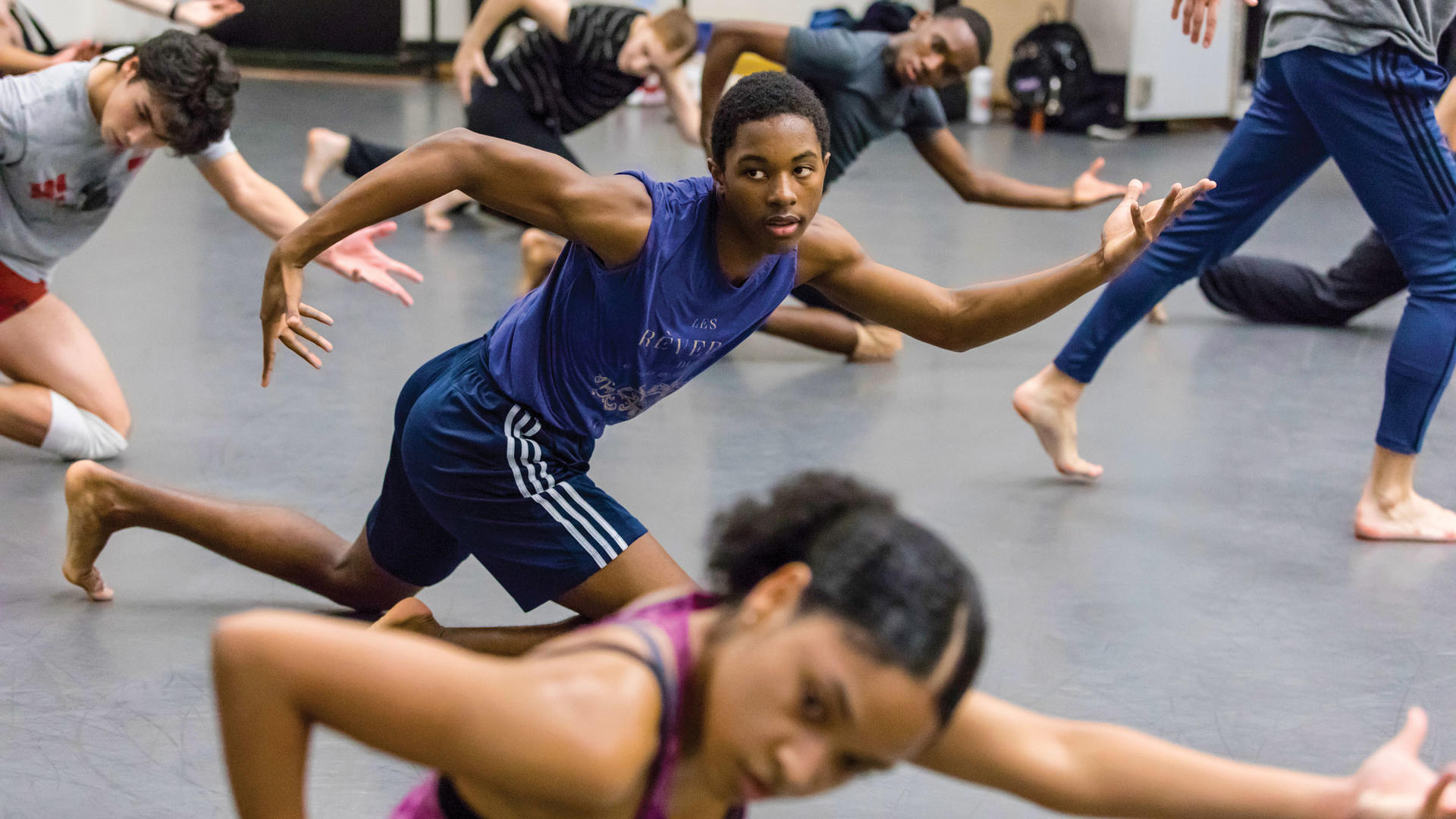 Each December brings us New Dances, in which four new works are premiered, one by each class of Juilliard dancers. The works are created on—and with—them by outside professional choreographers, and every member of each class is involved.

For this year’s edition, the first-year class is in process with Amy Hall Garner (BFA ’99, dance), an acclaimed choreographer with an expansive, ecstatic, and vigorous sense of movement. In her piece, Sight & Sound, she hopes to highlight the first-years’ newfound independence as creative individuals while displaying the strength of assembly within the entire cast. The second-years are working on This Great Wilderness with Jamar Roberts, a dancer and resident choreographer at the Alvin Ailey American Dance Theater, who is exploring the universal human impulse to move, one that transcends any type of codified dance training. Roberts told the Journal that he hopes to convey that dance does not require “superhuman” athleticism but rather innately manifests itself in all of us. Andrea Miller (BFA ’04, dance), the third-year choreographer, is the founder and artistic director of Gallim, a dance company based in Brooklyn. Her inspirations for her piece for the fourth-years, Desde, lie in the necessity of movement and performance, the hope that comes of this necessity, and the unspoken, collective pursuit of a common creative vision. 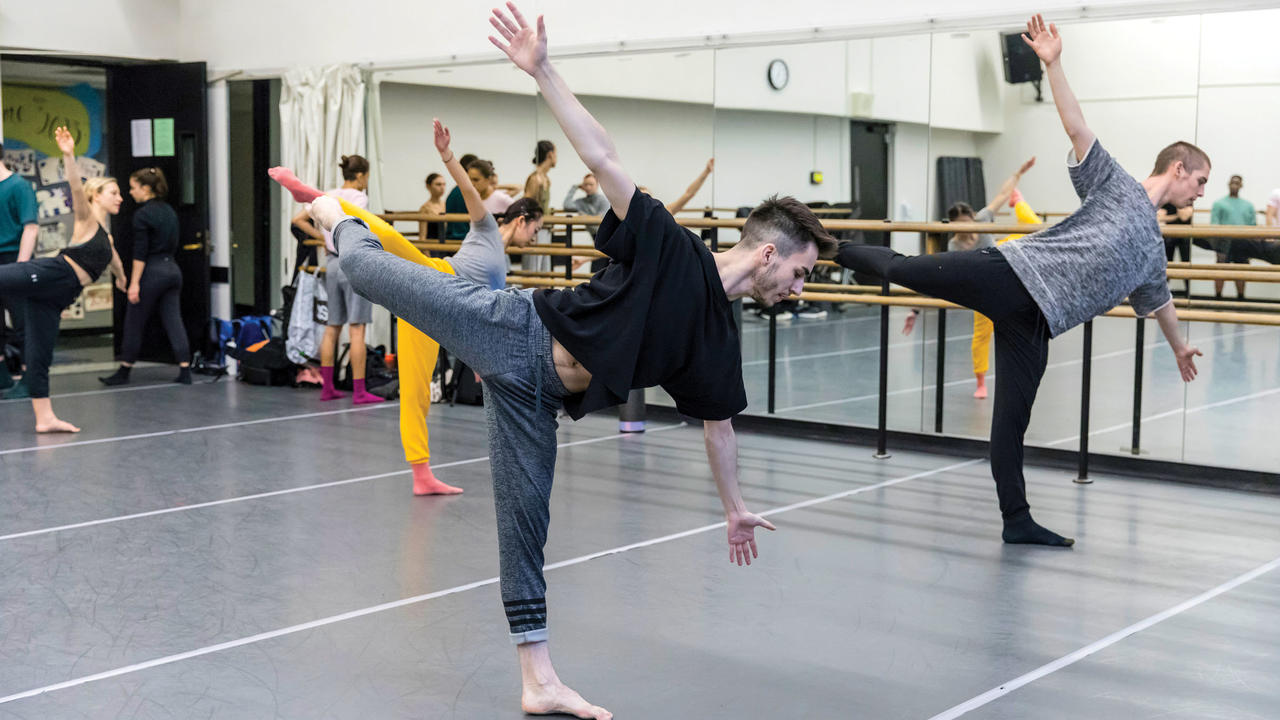 For the finale of New Dances, my fellow fourth-years and I will be premiering a work by Stephen Petronio, who also directs his own company here in New York. He is investigating the relationship among space, time, and the human form in his piece, called #PrayerForNow. It is a snapshot of the present and serves as a reminder to remain in this beautiful, fleeting moment in time. “I know you’re leaving each other after these four years,” he told us, “so I wanted to give you a moment of connection: to each other, to space, and to the world.” Above all else, Stephen stresses to us how our movement is a vehicle to connect with others. 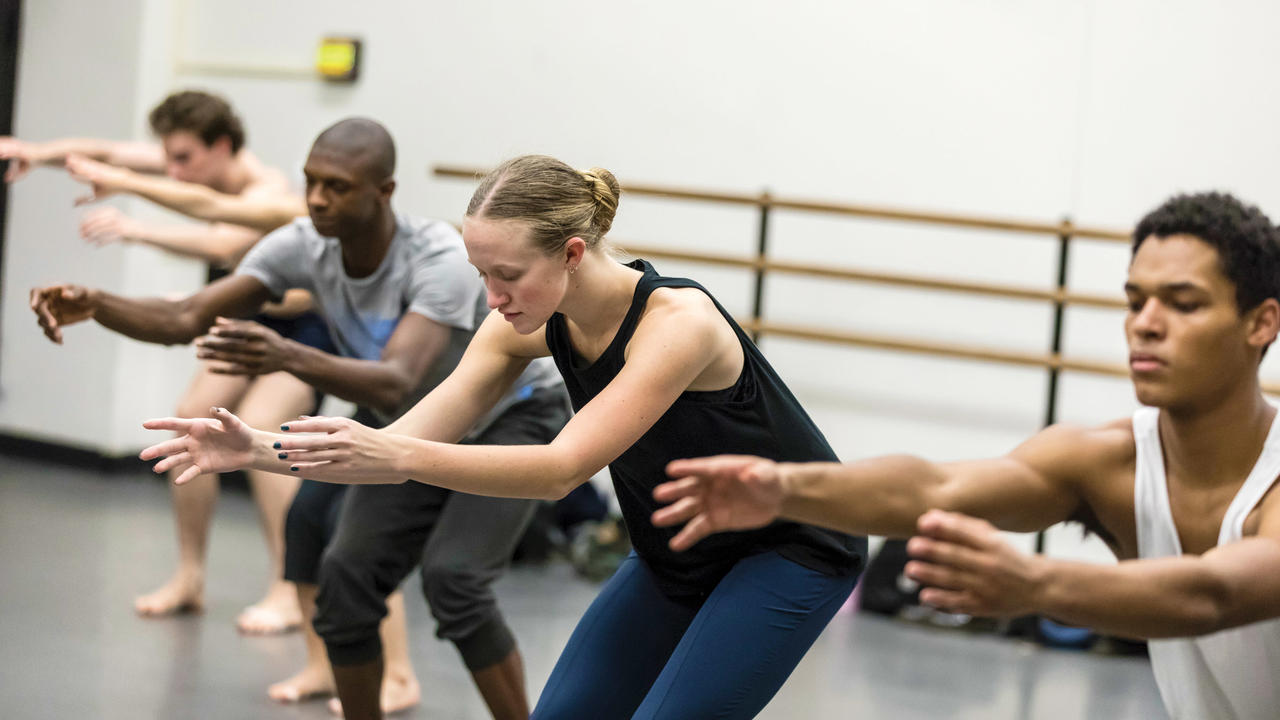 There are some noteworthy and exciting aspects about this edition of New Dances. First, every choreographer is based in New York City. They have had great influence and success in this local dance landscape, one that contains so many unique perspectives and colors. However, they have never presented work in a quadruple bill such as this, and I’m eager to see how all the works will complement each other. Additionally, most of the music will be performed live—a pianist will accompany recorded music for the first-years, and a viola da gamba-violin-viola-cello-double bass ensemble will play Dissonance by Valgeir Sigurðsson to accompany the fourth-years. The music for the second-years is Silent Dragon, and its composer, Oded Tzur, is working with the Juilliard Jazz quartet that will perform it. Dancing to live music is a special opportunity for us as students to collaborate and discover the wonderful power of interdisciplinary art. 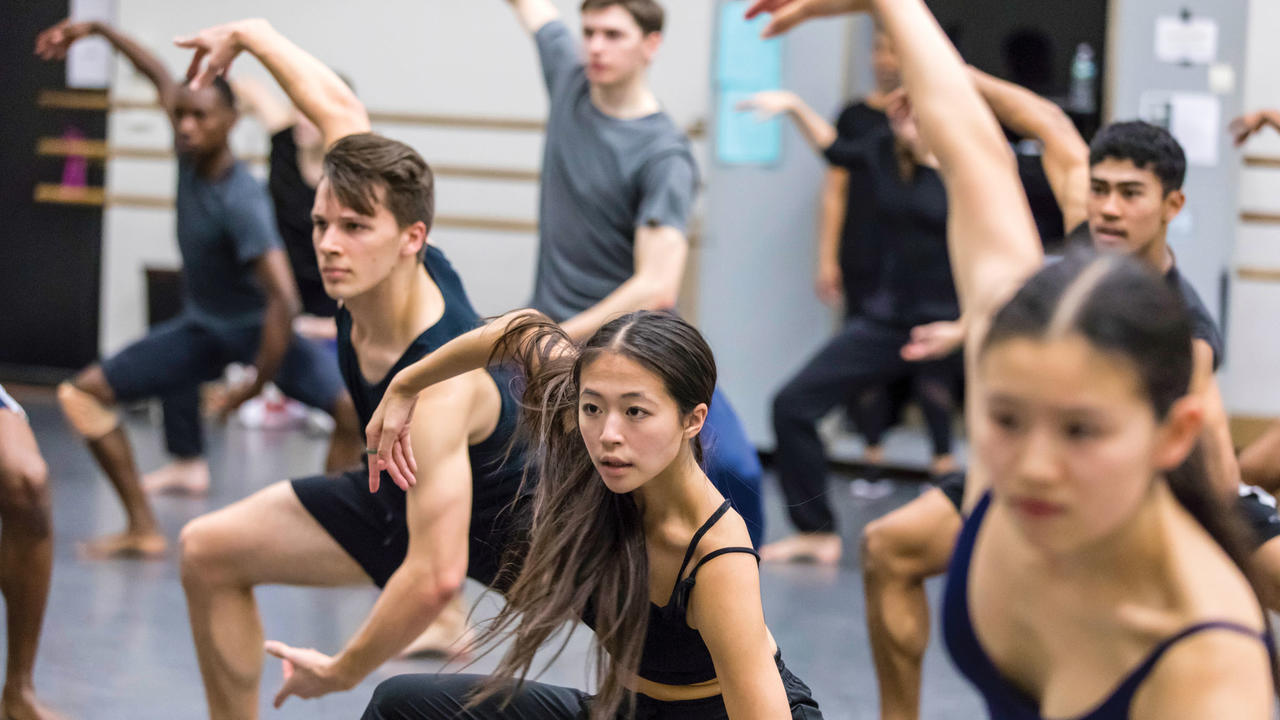 The final thread that I have discovered running through all four pieces is a question: How does dance establish community? Although the creators are coming in with different styles and approaches to movement, they are all interested in this theme. Whether or not their works will produce similar messages is still uncertain, but I believe that New Dances 2019 will be a poignant reminder, to the dancers and the audience, of dance’s vital role in human expression and connection. 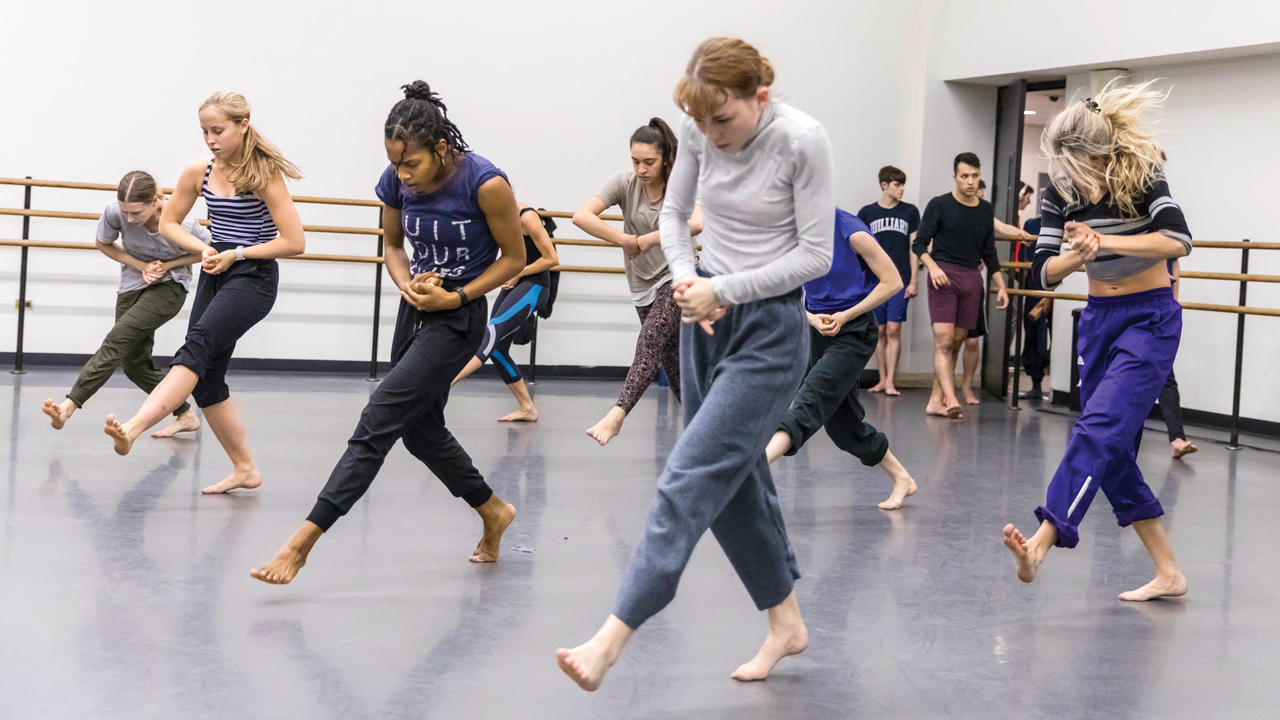