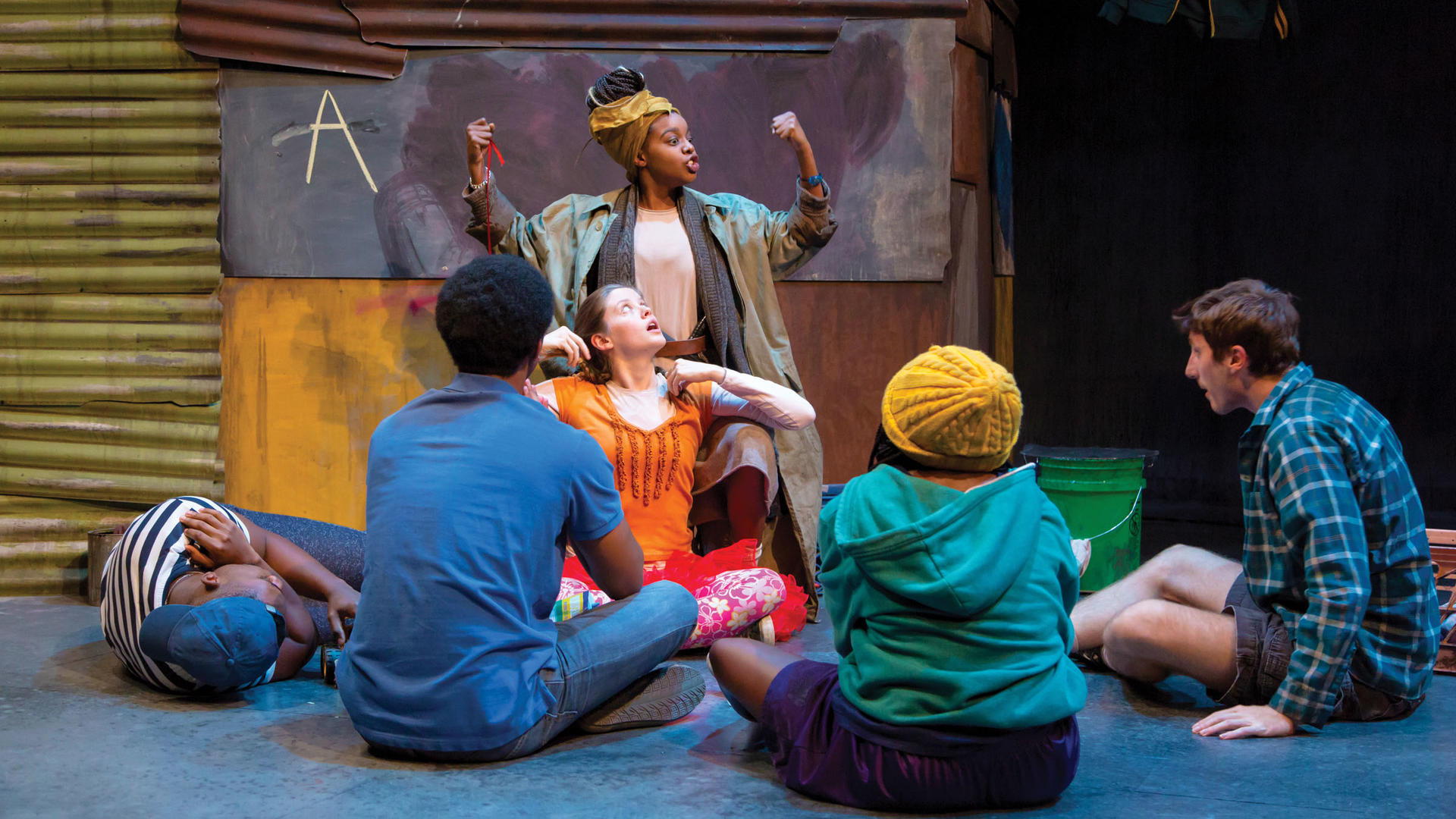 This fall, the third-year actors presented Suzan-Lori Parks' Red Letter Plays: In the Blood and Fucking A, directed by Shaun Patrick Tubbs and Erin Ortman, respectively.

The idea for a play with a title considered unprintable by the New York Times was hatched in a canoe. Parks and a friend were paddling along, the playwright said in a 2007 video interview for the Academy of American Achievement, when she happened to holler, "I'm going to write a play—a riff on The Scarlet Letter—and I'm going to call it Fucking A." The pair broke into laughter, but the idea Parks meant as a joke (surprisingly, the Pulitzer Prize-winning dramatist hadn't yet read Nathaniel Hawthorne's novel) stuck with her and she ran with the idea. "Draft, draft, draft, rewrite, rewrite, rewrite for like four years," she said of the drudgery of writing, which turned out to be more than worth it, because Parks got two plays from the concept. First came In the Blood, about Hester La Negrita and her five children by five fathers and the "hand of fate" that afflicts her. It was followed by Fucking A, about Hester Smith, an abortionist. Parks describes the latter as "a revenge tragedy." Together, they make up The Red Letter Plays.