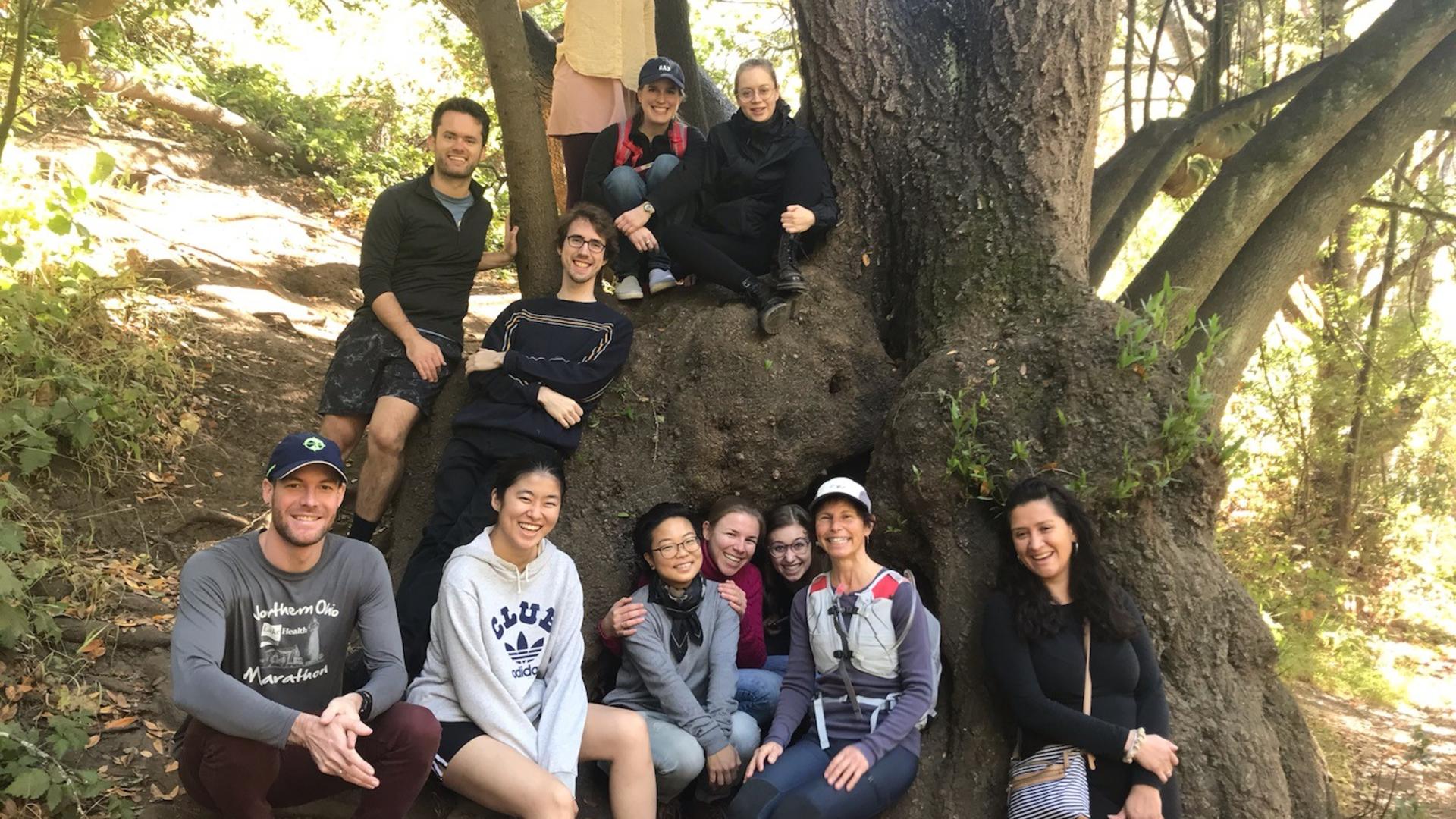 In November, Juilliard415 traveled to the Bay Area for its fourth side-by-side collaboration with Philharmonia Baroque and its music director, Nicholas McGegan.

Now a firmly established tradition, this edition of PB and J, as we have taken to calling it, brought 15 members of Juilliard415 together with some of the principal musicians of Philharmonia, among them faculty member Phoebe Carrai. Another HP-PB connection: Its music director-designate, Richard Egarr, has been a visiting artist with us for years. And McGegan comes to Juilliard to lead a pair of concerts in February.

This ambitious, sophisticated program included a Bach orchestral suite, Brandenburg 3, a Vivaldi violin concerto, and excerpts from Rameau’s Castor et Pollux. And it had to come together fast! Juilliard415 arrived on Thursday evening and the performance took place on Sunday. While the tight schedule ensured that the program was in no danger of being over-rehearsed—the one and only time we played Brandenburg 3 in its entirety was during the performance—things went off extremely well. Our wind players had the honor of playing principal, a significant feather in their caps, albeit one that required steady nerves given that Philharmonia’s musicians have been playing this music for years. Fortunately, what our students lack in experience they more than make up for in technique, ambition, fearlessness, and discipline. And having young whippersnappers biting at one’s heels seems to provide enough incentive for the senior players to prove their mettle. One of the stars of the concert was violinist Shelby Yamin, who dispatched the fiendishly difficult Vivaldi concerto with flair and unflappable poise. As Nic mentioned during his introductory remarks, no other Vivaldi violin concerto requires the soloist to play so high up on the fingerboard. A possible reason? It was written to be played on Ascension Day (the day on which Christ ascended into heaven). Shelby ascended indeed. The occasion was made even sweeter since she studied at the San Francisco Conservatory before coming to Juilliard, so this was a homecoming of sorts for her.

Our concert was in the ODC Theater, a sleek, relatively new performance venue in the Mission district of San Francisco. The performance was sold out and the audience rewarded the musicians with a hearty standing ovation. For a few players in our group, this was their first trip to California. For everyone, this was a chance to grow and be challenged. Even our normally stoic bass player smiled—a lot. And why not? In addition to an amazing performance opportunity, we were treated to beautiful weather. California dreamin’!

Benjamin Sosland (MM ’03, DMA ’08, voice) is the assistant dean for the Kovner Fellowships, administrative director of Juilliard Historical Performance, and a member of the college faculty