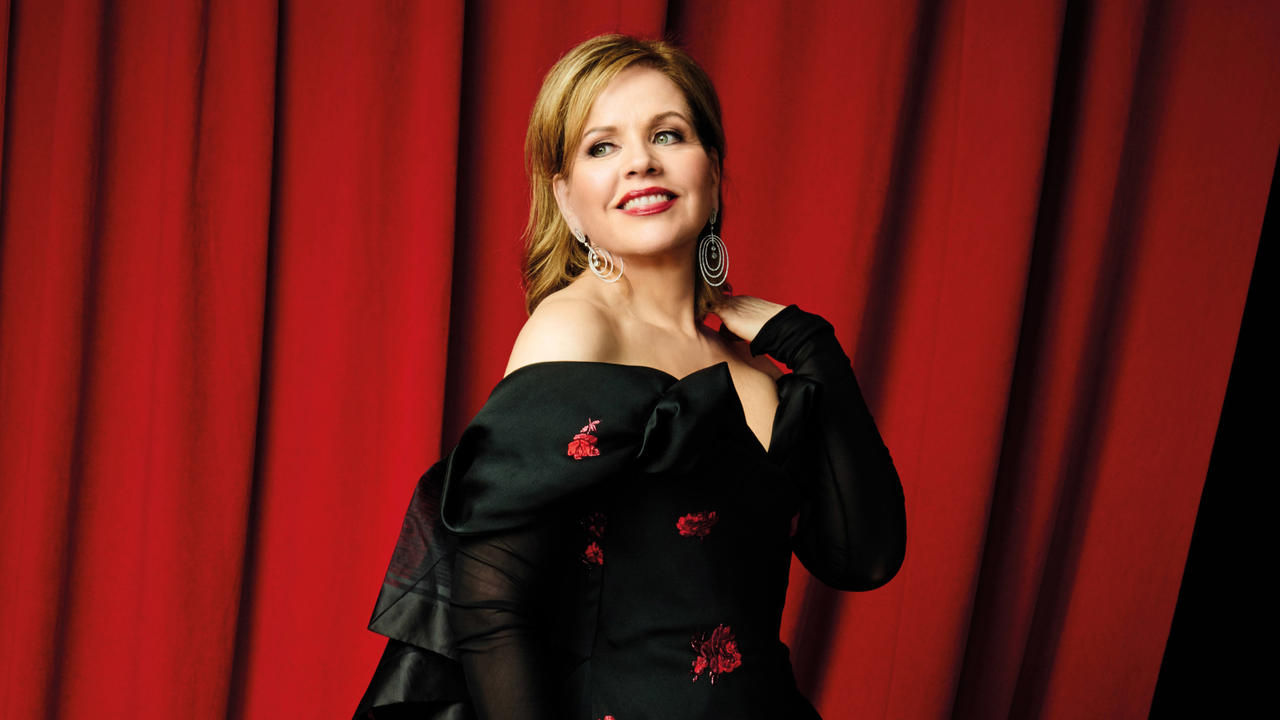 Residency Will Feature Music and the Mind Event on Tuesday, February 18

NEW YORK –– Soprano, arts advocate, and alumna Renée Fleming returns to Juilliard in February for a residency of performances, master classes, and other activities. Her days at Juilliard include two public events: a free Music and the Mind event on improvisation and the brain on Tuesday, February 18, and a livestreamed Vocal Arts master class on Wednesday, February 19.

On Tuesday, February 18, at 6pm in the Peter Jay Sharp Theater, Fleming leads Music and the Mind: Improvisation and the Brain. She will present on her Music and the Mind initiative—an exploration of the power of music as it relates to health and the brain. Dr. Karen Chan Barrett of the Sound and Music Perception Lab at the University of California at San Francisco will present on research examining creativity through a neural lens. Throughout the program, Juilliard students from all divisions will collaborate to create a new interdisciplinary work. The evening will culminate in a conversation with all participants moderated by Juilliard President Damian Woetzel. The event is free and open to the public; tickets are required and are available at juilliard.edu/calendar.

While she’s in residency, Fleming will also give a livestreamed Vocal Arts master class featuring singers from Juilliard’s Ellen and James S. Marcus Institute for Vocal Arts on Wednesday, February 19, from 4 to 6pm, in Juilliard’s Paul Hall. The master class will feature Juilliard singers: sopranos Lila Dufy, Kathleen O’Mara, Maritina Tampakopoulos, and Meredith Wohlgemuth; mezzo-soprano Megan Moore; tenor Dashuai Chen; and baritone Greg Feldmann in arias and ensembles by Dvořák, Massenet, Mozart, and Strauss. Collaborative piano students performing in the master class are Dror Baitel, Francesco Barfoed, and Bronwyn Schuman. Tickets are $10 and available at juilliard.edu/calendar. In addition, the master class will be livestreamed at juilliard.edu/live and on medici.tv, where it will remain available for one year.

Fleming will participate in additional activities at Juilliard including a live podcast recording of This Is Your Brain With Dr. Phil Stieg on the topic of "Music and The Creative Brain" attended by the Juilliard community. The podcast host, Dr. Philip Stieg, is also Chair of the Weill Cornell Medicine Brain and Spine Center and Neurosurgeon-in-Chief of New York-Presbyterian/Weill Cornell Medical Center.

While in New York City, Fleming will be performing with the New York Philharmonic conducted by its music director and Juilliard alumnus Jaap van Zweden, February 20-22. She will perform singer/songwriter Björk’s Virus and All Is Full of Love as well as Dark Harbor XXXV and Dark Harbor XI from Anders Hillborg’s The Strand Settings, a piece composed for Fleming. The concerts also include Bruckner’s Fourth Symphony and the world premiere of a work for orchestra by composer Ellen Reid. Tickets for the concerts may be purchased online at nyphil.org or by calling (212) 875-5656.

Fleming’s concert schedule this spring includes a recital tour in Europe and the U.S. with pianist Evgeny Kissin. The tour will be the two artists’ first collaboration, and will come to Carnegie Hall on April 23.

Renée Fleming has enjoyed a long relationship with Juilliard, where she studied with Beverley Peck Johnson. In 2003, she was awarded an honorary doctorate from the school and gave the commencement address. Fleming also gave livestreamed master classes with students from the Marcus Institute for Vocal Arts in 2009 and 2014. In fall 2019, she joined the newly formed Tianjin Juilliard Advisory Council, an international body created to guide Juilliard’s new branch campus in China.

About Renée Fleming
Winner of four Grammy awards and the U.S. National Medal of Arts, Renée Fleming has sung for momentous occasions from the Nobel Peace Prize ceremony to the Diamond Jubilee Concert for Queen Elizabeth II at Buckingham Palace. In 2014, she brought her voice to a vast new audience as the first classical artist ever to sing the National Anthem at the Super Bowl.

Fleming’s current schedule includes concerts in New York, Vienna, Paris, and Beijing. In 2019, she brought her lauded portrayal of Margaret in The Light in the Piazza to London, Los Angeles, and Chicago. Last summer, she sang the world premieres of André Previn’s Penelope and Kevin Puts’ The Brightness of Light at Tanglewood. In April, she appeared opposite Ben Whishaw in Norma Jean Baker of Troy to open The Shed in New York City. She earned a Tony nomination for her performance in the 2018 Broadway production of Carousel. Her latest album Lieder: Brahms, Schumann, and Mahler was released by Decca in June.

As artistic advisor to the John F. Kennedy Center, Fleming spearheads a collaboration with the National Institutes of Health focused on music, health, and neuroscience. She has presented her own Music and the Mind talks on the subject around the world, giving the Compton Lecture at MIT and the Pritzker Lecture in Chicago. She is co-director of Aspen Opera Theater and the artistic director of SongStudio at Carnegie Hall. Her many awards include the Fulbright Lifetime Achievement Medal, Germany’s Cross of the Order of Merit, and France’s Chevalier de la Légion d’Honneur. www.reneefleming.com

Located at Lincoln Center in New York City, Juilliard offers undergraduate and graduate degrees in dance, drama (acting and playwriting), and music (classical, jazz, historical performance, and vocal arts). Currently more than 800 artists from 40 states and 44 countries are enrolled at Juilliard, where they appear in more than 700 annual performances in the school’s five theaters; at Lincoln Center’s Alice Tully and David Geffen halls and at Carnegie Hall; as well as other venues around New York City, the country, and the world.