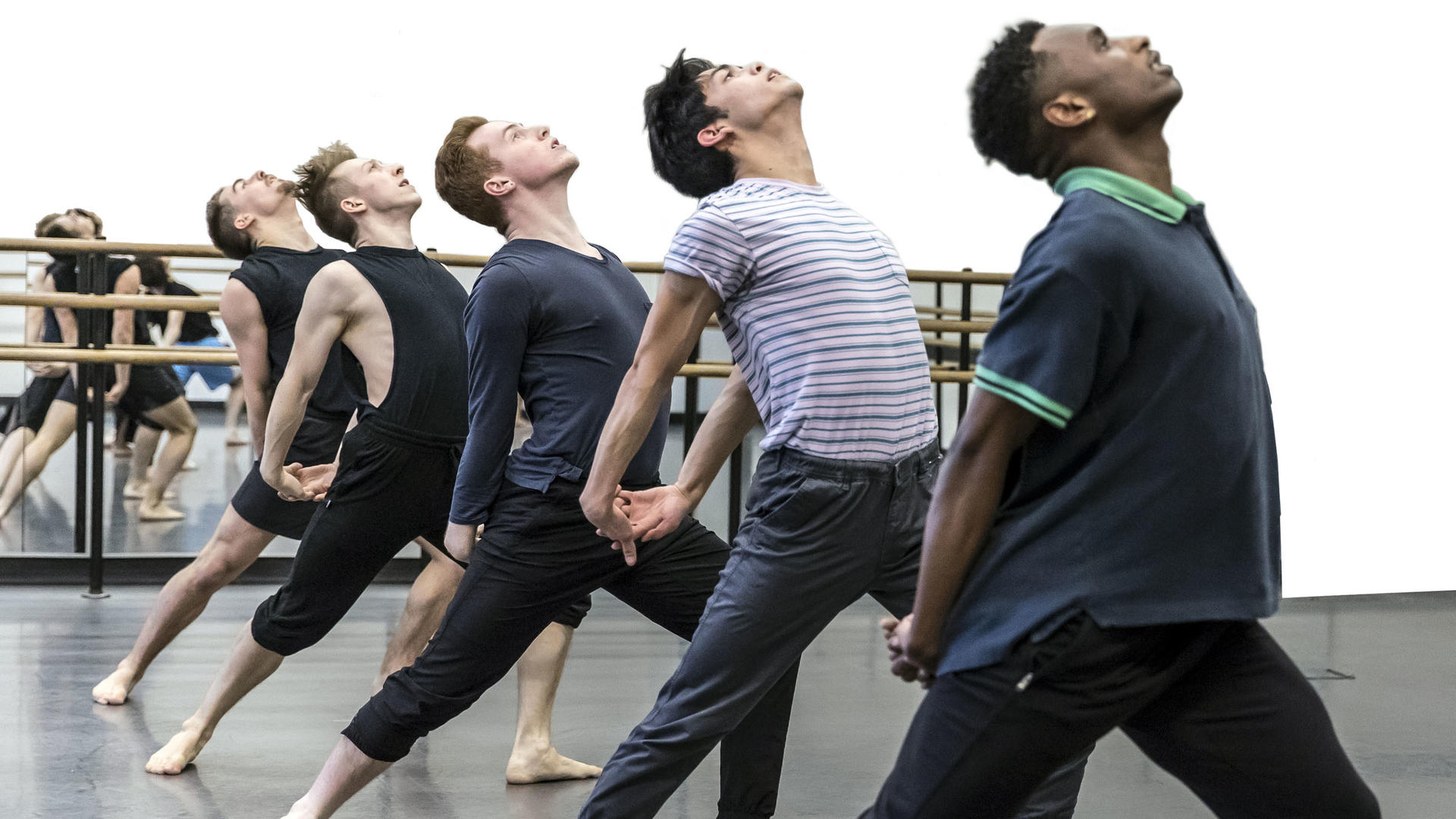 Juilliard Dance rings in the new decade with three enduring works by American modern dance masters Trisha Brown, Donald McKayle (faculty 1962–64), and Paul Taylor (’53, dance) for this year’s Spring Dances. Each of these pieces challenges the dancers’ stamina, strength, collaboration, and heart as they dive into rehearsals this semester. When it comes to learning repertory, it’s always important to ask what the piece can teach us now and what can we learn, as citizens and as artists.

Trisha Brown’s Set and Reset (1983) is an excellent example of the essence of collaboration and employing interdisciplinary arts, both Brown hallmarks. This restaging of Set and Reset, however, is unique. As stager Stacy Spence put it, “The Reset project is different than a usual restaging of a work. In the Reset, the dancers will work with the original phrase material and instructions that were used to create the piece, but working through improvisation, the forms they will create will be entirely new. The Juilliard students will have their own version of Set and Reset/Reset,” he added. “It’s interesting to witness the students working with their contemporary bodies and putting themselves through a filter of those original ideas.”

Our rendition of Set and Reset/Reset will premiere with new sets and lighting (designed by Clifton Taylor) and new costumes (designed by Luke Simcock) inspired by the original design concepts. Spence spoke about what it has to offer going into the new decade. “I’m interested in how the past and present mix, and this project gives us a chance to have that conversation. One idea that continues to be relevant is how the individual works with the group and the circle of the group working with the individual,” he said. “The present comes from history and it’s worth it to us, as artists who want to move forward, to look at the past and understand that influences we may not have been aware of are in the art we see and connect with today.” 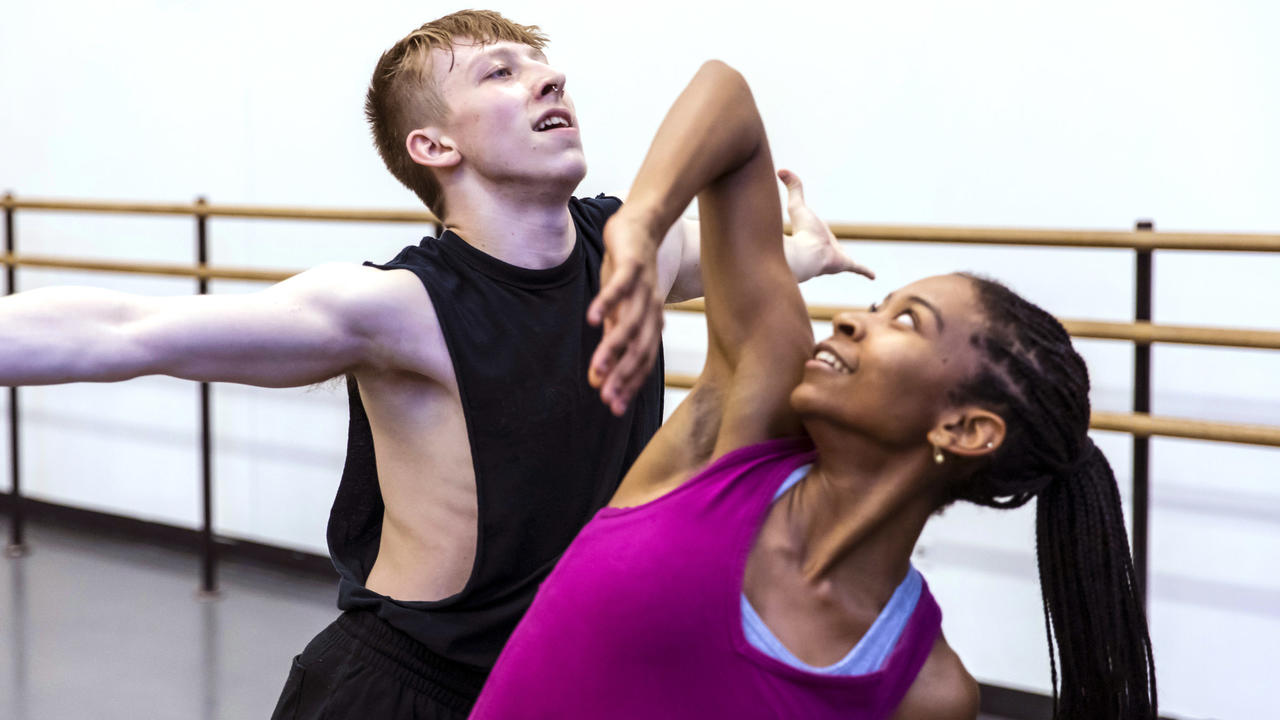 Donald McKayle’s modern classic Rainbow ’Round My Shoulder (1959) is an extremely passionate and vulnerable portrayal of men on a chain gang toiling through pain and the anguish of oppression. Their dreams of freedom and memories of childhood bring them hope, which manifests in a woman appearing as a sweetheart, mother, and wife. Juilliard faculty member and co-rehearsal director (with Bret Yamanaka) Renée Robinson has been working with the female leads and feels that “there are so many ways and moments within the work that show Mr. McKayle as a master storyteller. As the ballet unfolds, one has the opportunity to understand the heaviness of loss, frustration, injustice, fatigue of spirit.”

In 2020, the piece is just as evocative. “All people have their dreams, whether they are incarcerated or crossing the border to escape oppression or tyranny,” master stager Les Watanabe said. “Though Rainbow ’Round My Shoulder was created in 1959, it is timeless; it connects on a human level. Donald McKayle has always been deeply concerned and saddened by the plight of the disinherited, the flight of refugees from their home, of racial discrimination. If oppressed, the people could identify with this dance and it would strengthen their resolve to keep struggling against tyranny,” he said. The traditional chain gang songs for Rainbow ’Round My Shoulder will be performed live by Michael McElroy and the Broadway Inspirational Voices.

I have the honor of entering into the legacy of Paul Taylor through his Promethean Fire (2002), which is set to Bach’s Toccata and Fugue in D Minor as orchestrated by Leopold Stokowski. It will be performed by the Juilliard Orchestra under Elinor Rufeizen (MM ’19, orchestral conducting). In Promethean Fire, a central couple leads the ensemble through the struggle of conflict and resolution as they weave in and out of chaos and the renewal of spirit. It is being staged by Michael Trusnovec and co-staged/rehearsal-directed by faculty member Linda Kent (BS ’68, dance). They began the process simply by stating that the work was about “fall and recovery.”

Trusnovec is moved by the quiet reverence and inherent intimacy of the dance and spoke about what this piece can teach us moving into the new decade. “This work is and always has been about resilience; about finding the strength in a community, a group of people, to struggle, to rise, to pick up the pieces of something that has fallen or been destroyed, to support and carry one another through a difficult ordeal.” He added that Promethean Fire “is universal in its themes, and simple in its message making it relevant, making it resonate just as deeply now as it did when Mr. Taylor first made it.”

Spring Dances has been postponed