Beyond the Machine Turns 20 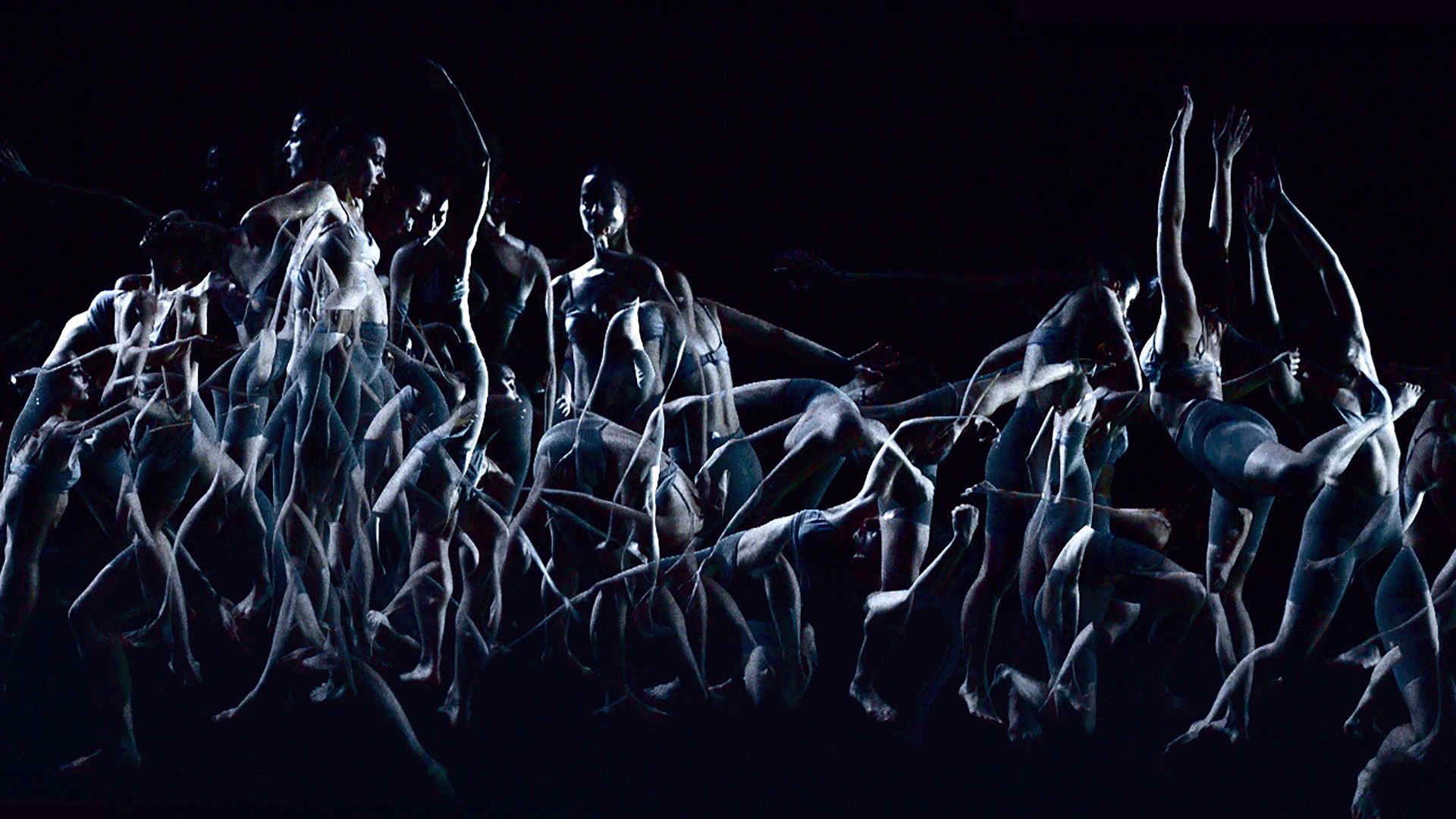 From Beyond the Machine 2016

Center for Innovation in the Arts

The Center for Innovation in the Arts (CIA), formerly the Music Technology Center, was created in 1993 and centered on a single Macintosh computer. Two years later, the InterArts program was established to nurture interdisciplinary collaboration, and six years after that, Beyond the Machine, an interdisciplinary and multimedia art festival, was launched. Today, the productions feature interactive music and video design, motion-capture technology, multipanel video mapping, immersive sound, and AI image-generation technology.

By Edward Bilous
Beyond the Machine 20.0—the 20th edition of this technology-driven festival—takes place March 25–28. Titled Persona Incorporalis (Person Without a Body), it will feature five interdisciplinary works that explore the search for identity in a world of virtual relationships, augmented reality, and artificial intelligence. The works were created by students and alumni from all three divisions participating in the InterArts program.

The development of Persona Incorporalis began last year with workshops in production and performance technology. The artists incorporated filming, music and sound production, animation, video design, scenography, and interactive technology into their process. The InterArts experience—from conception through development, production, and performance—is structured to help artists bring their creative visions to life and imagine new career opportunities in the landscape of the performing arts.

Møtherboard, by drama alumna Juliette Kenn de Balinthazy (Group 48), exists at the intersection of live performance and time-based installation art. The piece explores the transmutation of the mother archetype into a phantasmagorical virtual caretaker residing on the motherboard of a computer. Teams of artists and designers created the text, music, and video design for Møtherboard; the script was derived from improvisations on archetypal narratives and personal experience. The same narratives were given to the composers, who created musical landscapes, and video designers, who created the visual media. Once the core content was created, the teams gathered for a series of improvisations to blend their work. The project’s evolution will continue onstage with interactive technology that allows the performers to further shape the images and sounds in real time.

I Will Never Lie to You, written by David Rosenberg (Group 48) and directed by Alexander Sharp (Group 43), is a multimedia play about lies and a contemporary culture that rewards those who stretch the truth. The story centers on a young woman who is engaged in multiple online relationships with partners who are unaware of her virtual polyamorous life. The underlying message of humankind’s susceptibility to falsehoods is amplified through video design that places pre-recorded actors in a social media environment and image-enhancing tools to increase the characters’ appeal.

I Will Never Lie to You was developed in stages beginning with the filming of 10 actors. Several layers of animation were added to the edited videos and underscored with original music by fourth-year soprano Britt Hewitt. The composite media is projected onto surfaces of a cubist structure that evokes the fractured personality of the main character played by Kate Eastman (Group 46). The result is a complex multimedia experience in which
most of the cast exist only as projections.

Am I Dreaming?, by fourth-year dancer Treyden Chiaravalloti, uses scientific inquiry as well as the first use of artificial intelligence (AI) at Juilliard to explore Americans’ evolving view of their cultural identity as represented by data collected through an anonymous survey. The data was processed using GAN (general adversarial networks) technology, a class of machine learning systems that uses neural networks to generate synthetic images that share characteristics of real images. Second-year composition student Katie Jenkins composed the multilayered score, which is played on headphones provided to audience members, who can switch between contrasting mixes of music that dramatically change the way they experience the narrative and visual media.

On March 27, the Center for Innovation in the Arts will present InterArts and Beyond, a panel discussion with alumni who have developed careers as collaborative artists, innovators, and pioneers in emerging art forms. Guests will include faculty member Michelle DiBucci (MM ’87, composition), Mazz Swift (’94, violin), Joanna Settle (Directing ’97), Natasha Warner (Group 42), Kerry Warren (Group 42), Andrea Miller (BFA ’04, dance), and Charlotte Bydwell (BFA ’09, dance). The evening will conclude with an alumni performance.

Faculty member Edward Bilous (MM ’80, DMA ’84, composition) is the founding director of the Center for Innovation in the Arts

These events have been postponed