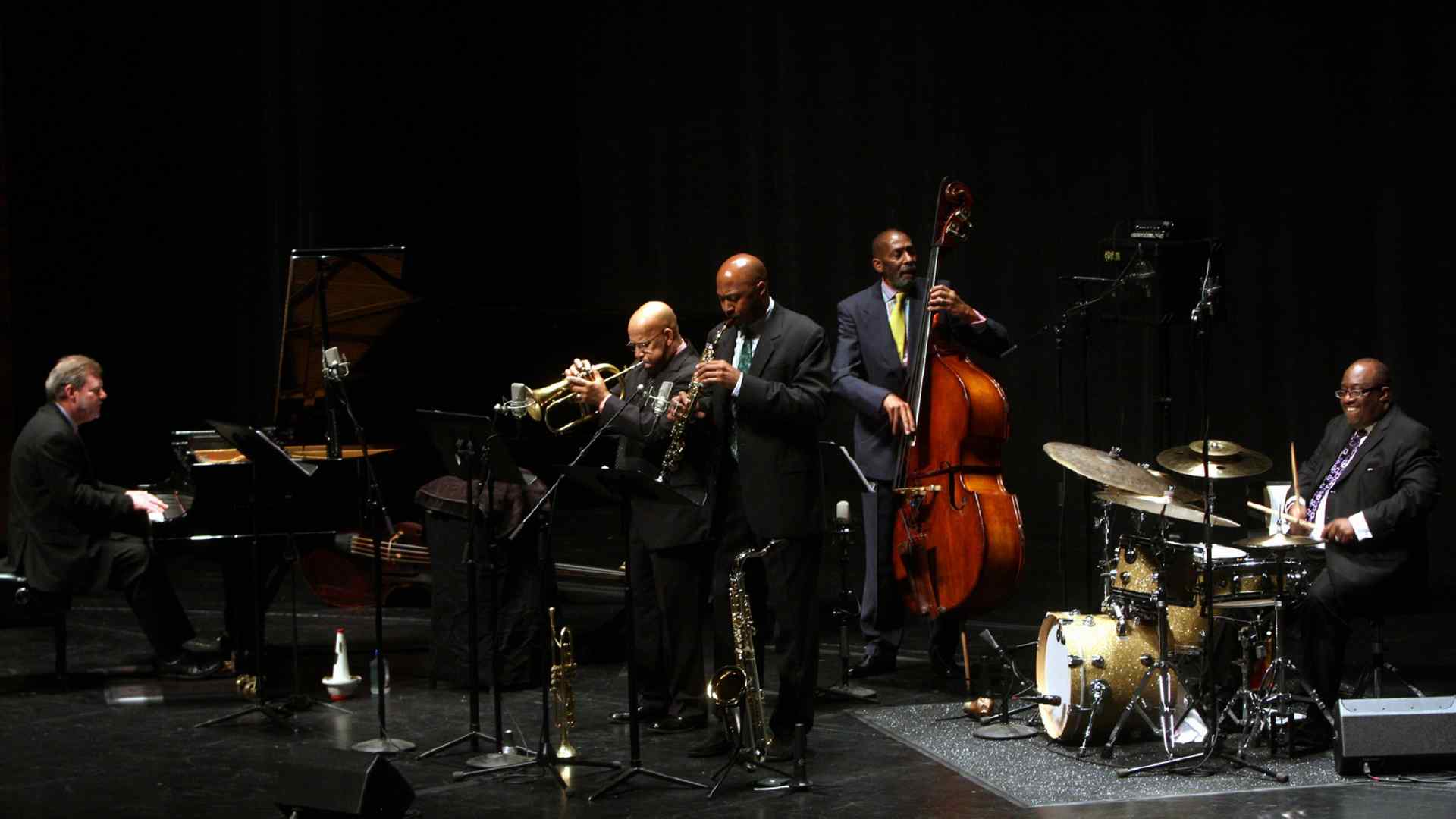 This is one of a series of tributes current and former jazz students wrote about faculty member Frank Kimbrough, who died suddenly on January 30. They have been edited for length.

By Micah Thomas
I met Frank when I was thinking about auditioning for Juilliard. I studied with him from 2015 to 2018, and he continued to be a mentor who I talked with and had meals with often after that. During quarantine, he would call me every one or two months, and I always felt a little better afterward. Talking with him and a few other people kept me sane, especially during the first few months.

Everyone I’ve talked to has confirmed how much of a giver Frank was. When my parents left after moving me into the dorm my first year at Juilliard, I was pretty overwhelmed by all the normal emotions of leaving your family long-term for the first time, and also really unfamiliar with the city. Frank emailed me within a week and asked if I wanted to come to a gig he was on at Kitano (Hotel, on Park Avenue). That was my first subway ride alone. He introduced me to the owner, Gino Moratti, and my first steady performing thing was solo piano gigs at that club. He made so many other relationships happen for me. He pushed and pushed and pushed for my success, as he did with all the many other young musicians he believed in. He was at so many senior recitals and could find the good in everybody’s playing. He really loved music and had a really kind heart.

After a rhythm section class one day, he walked me around the city for two hours, showed me where Monk used to live on 63rd Street, and told me some of his famous stories for the first time. Stories about Shirley Horn scaring her sidemen, Paul Bley saying outrageous things, Andrew Hill doing things that nobody could understand, adventures with Maria Schneider, and so on. Anybody who’s taken his rhythm section class knows what I’m talking about. It seems that he always made time to have a good long walk with as many of the students as he could.

Frank encouraged me to slow down, relax, and actually experience and enjoy what was around me, in music and in real life. I have a hard time doing that, but spending time with Frank, who had a meditative way of going through life, ended up being exactly what I needed. At one lesson, he told me to play a song as slow as I could. Just to prove to him that I could, I ended up playing the melody of “Easy Living” once through for what ended up being eight minutes, and that ended up being one of the deepest musical experiences of my life. Frank encouraged me to slow down and actually listen to the vibrations of the strings of each note as I play them, and to process my melodies like a singer—the ends of notes, the feeling of weight, phrasing, and above all, singing in your mind while you're playing.

Frank reminded me by his example that all the egotistic posturing that happens in the music scene (and in any other competitive environment) is just that, posturing, and that the thing that matters most is to try to be the human being that you want to be. He’s one of the people who have inspired me to want to be a teacher as well as a performer and composer—seeing how he impacted everyone around him, and realizing the potential that teaching has to lift people during their formation (a stage that hopefully never ends).

I’m really grateful that I had time to appreciate him better as I grew up and grateful that I had the chance to have the type of interaction with him that makes it feel that I had the equivalent of a goodbye. I’d called him freaking out about some of my anxieties about releasing my first album, and he reassured me that I was just making a big deal out of nothing like usual. A week and a half before he died, he forwarded me a letter of recommendation that he wrote for me for something. I still haven’t been able to read it. A few weeks earlier, we had what would be our last phone conversation, and the last words he said were “Love you man.” Not something he said often, but when he did, he said it easily

One of my dad’s favorite albums (by anyone ever) is Frank Kimbrough’s trio album, Solstice. I remember him getting me to sit down and listen to the album for my first time with him a couple years ago, and listening to that album then gave me a new appreciation for how amazing my teacher was. I listened to it a couple times today, and from the first phrase I heard, it took me back to everything he taught (and gave) me. At the end of the day, the biggest musical thing he gave me was more of a feeling than anything specific. It had to do with emptying all the unnecessary clutter and playing melody that felt light and good and easy—easy in the best sense, the easiness I hear in the deepest music that touches me the most—and that I forget about so often. The feeling hit me right in the gut. Listen to that album when you have the time. He also had a way with picking tunes.