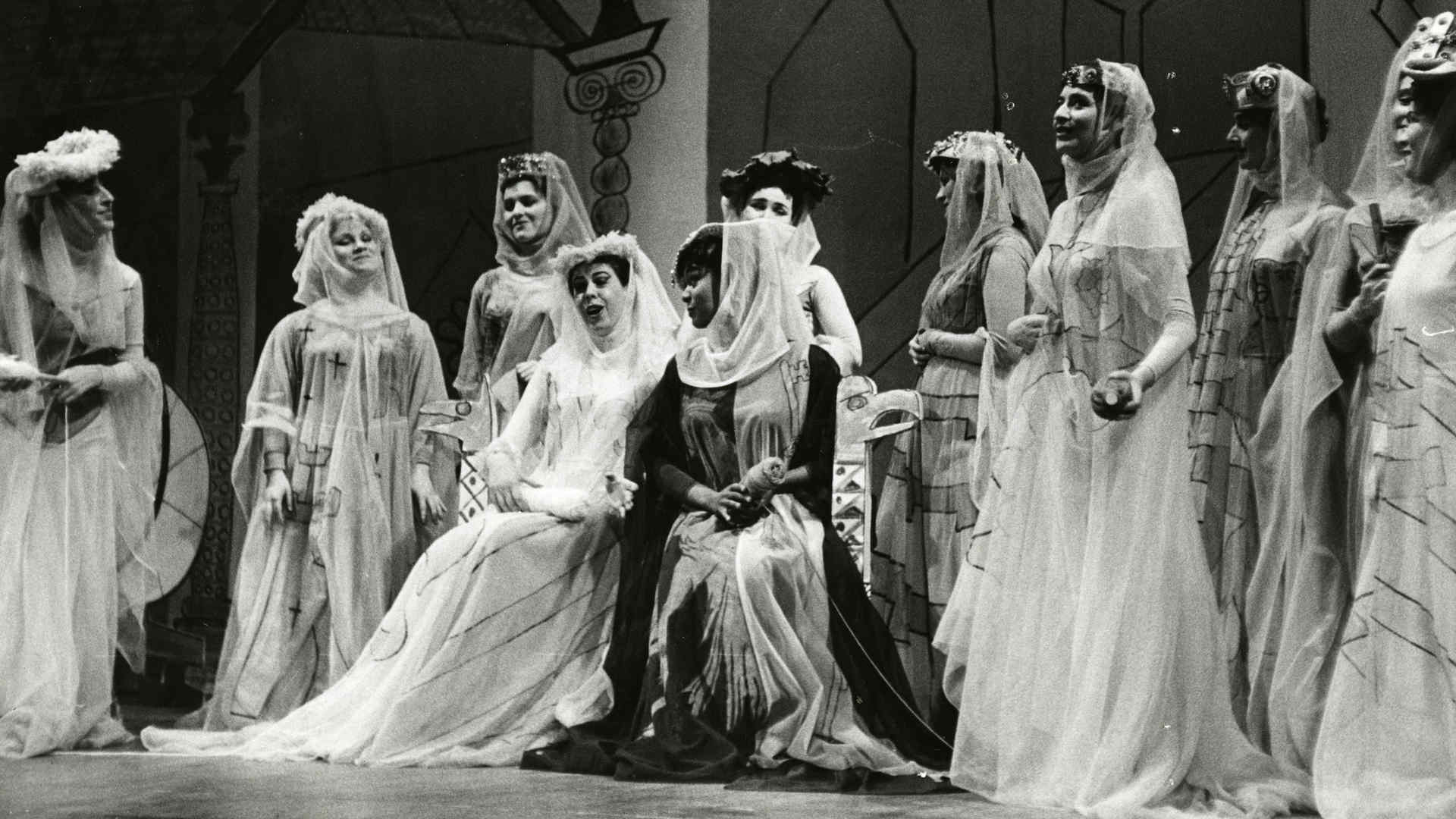 In the late 1950s, Juilliard Opera Theater commissioned New Yorker music critic and librettist Robert A. Simon to create an English-language adaptation of Gioacchino Rossini’s penultimate opera, The Count Ory. The two-act comic work had received its world premiere in Paris in 1828, and while it had been staged in Europe over the years, it hadn’t been seen in the U.S. since 1831. The commission was first performed in the summer of 1958 at Tanglewood, and in March 1959, it premiered at Juilliard.

Jeni Dahmus Farah is director of the Juilliard Archives