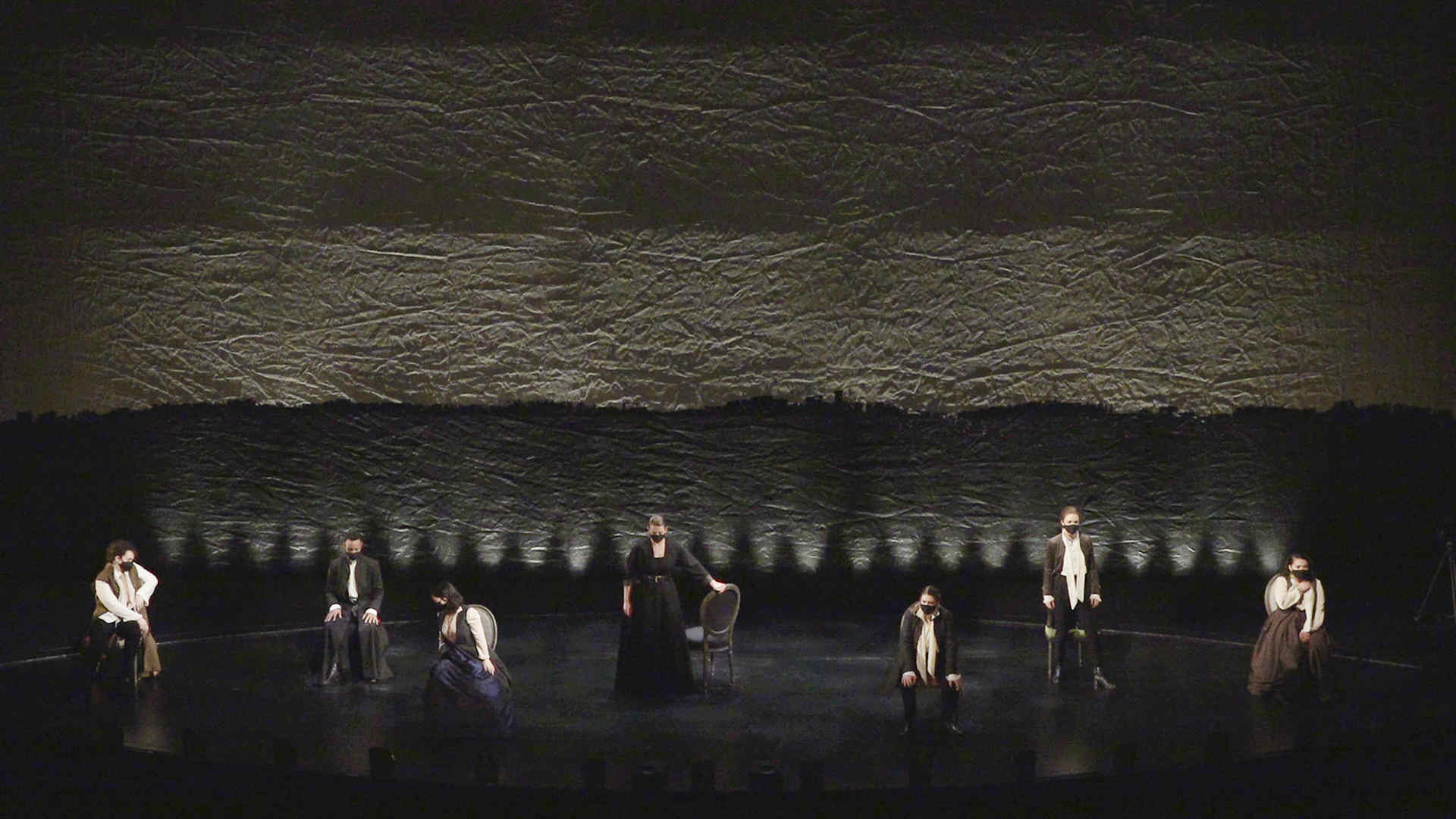 Livestream Performance Schedule Includes Over 250 Recitals From April to June

David Robertson and members of the Juilliard Orchestra open with Mahler’s arrangement of Schubert’s Quartet in D Minor, “Death and the Maiden,” April 13

NEW YORK––Juilliard announces the launch of Juilliard LIVE, a new streaming initiative offering performances from across its three divisions—music, dance, and drama—online to a global audience. The broad initiative, part of the school’s long-term strategic plan, was accelerated over the past year when indoor performances were halted due to the pandemic. With a mix of livestreamed and on-demand content, Juilliard LIVE expands student performance opportunities both now and in the future, and it will increase accessibility to the performing arts for audiences around the world.

“Over the past year, our students, faculty, and staff have constantly demonstrated both artistry and creative innovation, even under the most difficult circumstances,” said Juilliard President Damian Woetzel. “Since starting a year ago with Bolero Juilliard, our first major foray onto the digital stage, the momentum has continued as we have found new ways to craft artistically meaningful performances. As a next step we now can through Juilliard LIVE make these performances accessible to a global audience via on-demand programming and livestreaming, which is vitally important for our students as they prepare to launch into their careers as the performing artists of the future.”

Highlights from programs to be presented later this spring include New Dances: Edition 2020-21 with guest choreographers Matthew Neenan, Tiler Peck, Bobbi Jene Smith, and Sonya Tayeh, featuring works composed by Creative Associates Caroline Shaw and Nico Muhly among others; members of the Juilliard Orchestra performing works by Mozart, Dvořák, and William Grant Still conducted by Xian Zhang; guest harpsichordist Kristian Bezuidenhout directing Juilliard415 from the keyboard in a program of Purcell, Bach, and Telemann; the Juilliard Jazz Orchestra conducted by Loren Schoenberg, and the Duke Ellington Ensemble performing the music of Wynton Marsalis and Ben Wolfe; and much more.

There are currently over 250 events including student recitals scheduled to stream live from Juilliard’s performing spaces this spring, with additional performances to be announced on a monthly basis. From Juilliard’s livestream calendar, viewers can access performances, add future events to their calendars, sign up to be alerted to new offerings via email, and make contributions in support of the next generation of performing artists.

All performances are streamed or captured under Juilliard’s stringent health guidelines for the safety of students, faculty, and staff.

Members of the Juilliard Orchestra

SCHUBERT        Quartet for Strings in D Minor, "Death and the Maiden," arranged by Gustav Mahler

Juilliard Dance: Choreographers and Composers, Programs A & B

The first program (April 14) features the world premieres of FLARE, with music written by Horacio Fernández Vázquez and choreography by Ellexis Hatch; Touching the Sun, composed by Yangfan Xu and choreographed by Aaron Choate; and my tears become the tide, written by Katie Jenkins who also contributed vocal and music production to the work with choreography by Scott Autry in collaboration with the dancers.

Choreographers and Composers is supported by First Republic and Alexander Sanger.

Recorded in January and February 2021

A collaboration between Juilliard’s Ellen and James S. Marcus Institute for Vocal Arts and the Historical Performance program, the Juilliard Opera production of Teseo is a selection of arias from Handel’s five-act opera of the same name. Since COVID safety restrictions prevented a fully staged production, this performance was filmed through an elaborate system of microphones, speakers, and video monitors connecting multiple spaces, using creative lighting to create the look of a set, with a total of 16 microphones, 10 speakers, 9 cameras, and 3 screens of the singers, orchestra, and conductor collaborating in real time.

Captured over a 10-day period in Juilliard’s Peter Jay Sharp Theater and other locations on campus, Teseo was directed by Stephen Wadsworth and conducted by Gary Thor Wedow. Teseo premieres virtually on April 20; Toward Handel’s Teseo, a short documentary about the making of the opera, will be available April 21.

Special thanks to Elizabeth R. Rea for her support of this production.

Tribute to the Music of Art Blakey and the Jazz Messengers

Members of the Juilliard Pre-College Orchestras

Members of the Juilliard Orchestra conducted by David Chan

Founded in 1905, The Juilliard School is a world leader in performing arts education. The school’s mission is to provide the highest caliber of artistic education for gifted musicians, dancers, and actors from around the world so that they may achieve their fullest potential as artists, leaders, and global citizens. Located at Lincoln Center in New York City, Juilliard offers undergraduate and graduate degrees in dance, drama (acting and playwriting), and music (classical, jazz, historical performance, and vocal arts). Currently more than 800 artists from 43 states and 44 countries and regions are enrolled at Juilliard, where they appear in over 700 annual performances in the school’s five theaters; at Lincoln Center’s Alice Tully and David Geffen halls and at Carnegie Hall; as well as at other venues around New York City, the country, and the world. Beyond its New York campus, Juilliard is defining new directions in global performing arts education for a range of learners and enthusiasts through The Tianjin Juilliard School and K-12 educational curricula.