Juilliard to Livestream All September Performances on Juilliard LIVE 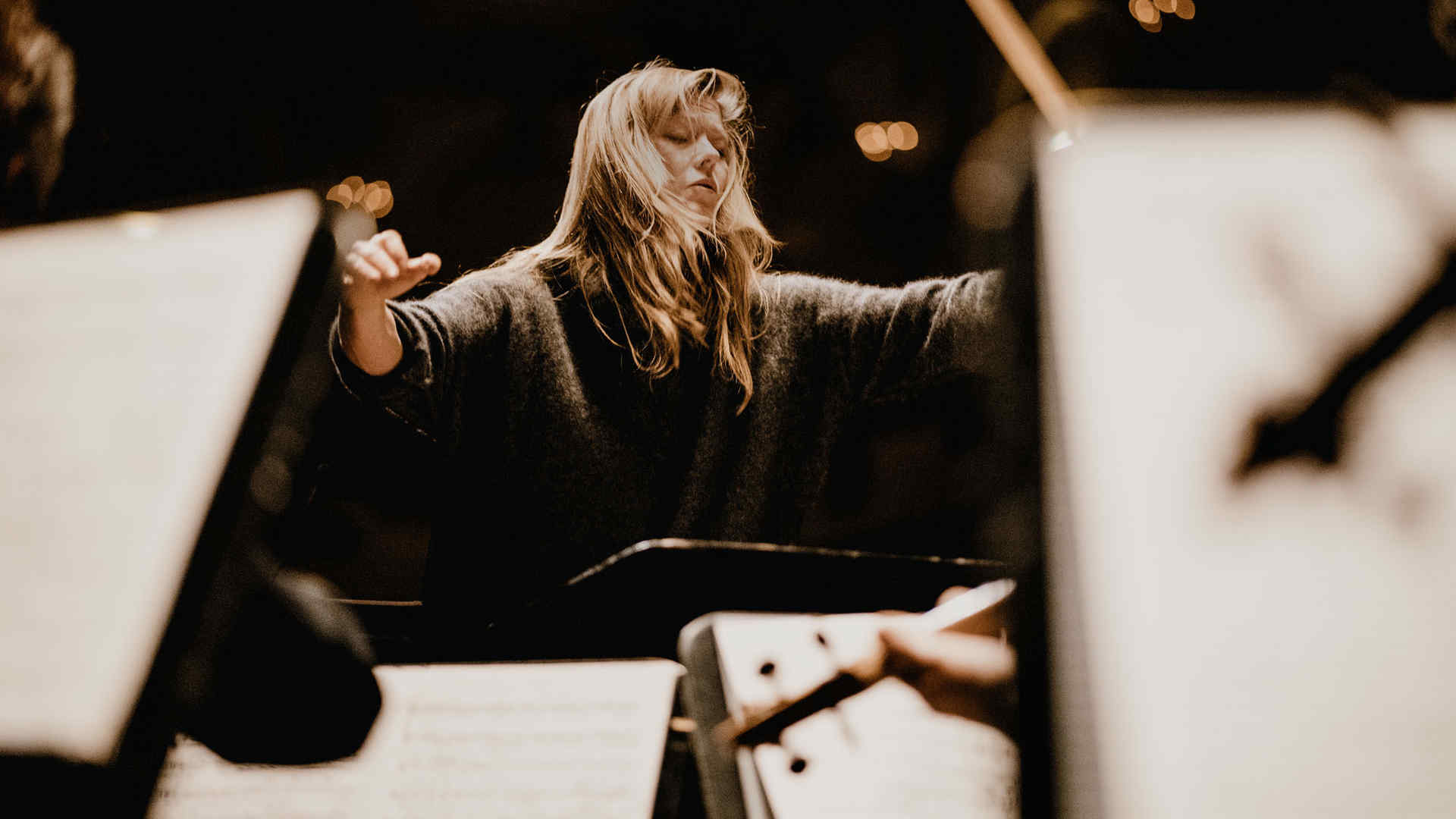 Barbara Hannigan will conduct the Juilliard Orchestra on September 10, 2021 (photo by Marco Borggreve)

Performance Schedule Opens With Barbara Hannigan Conducting the Juilliard Orchestra in Works by Haydn and Stravinsky on September 10 at 7:30pm

Barbara Hannigan and the Juilliard Orchestra on Sept. 10

NEW YORK –– Juilliard opens the fall 2021 performance season with five Juilliard LIVE streamed performances in September. Concerts announced this month feature the Juilliard Orchestra, Juilliard Wind Orchestra, New Juilliard Ensemble, Juilliard Jazz Orchestra, and a Daniel Saidenberg Faculty Recital with collaborative pianist Lydia Brown and guest artists. Tickets will not be available to the general public, however all September performances can be accessed for free through the Juilliard website at juilliard.edu/live.

Students have returned to in-person work on campus with a full performance schedule encompassing the breadth of Juilliard’s offerings in music, dance, and drama. The full season of performances, including ticketing information when available, will be announced in the coming weeks. When performance tickets are offered to the public, proof of vaccination or negative test results will be required, consistent with current requirements for events at Lincoln Center.

About Juilliard LIVE
Juilliard announced Juilliard LIVE in April 2021 as a new streaming initiative offering performances from across its three divisions—music, dance, and drama—to a global audience online. The broad initiative, part of the school’s long-term strategic plan, was accelerated during the 2020-21 academic year when indoor performances were halted due to the pandemic. With a mix of livestreamed and on-demand content, Juilliard LIVE expands student performance opportunities both now and in the future, and increases accessibility to the performing arts for audiences around the world.

In the spring of 2021, more than 275 recitals were livestreamed and Juilliard released more than two dozen fully produced on-demand performances, which remain available on-demand on Juilliard’s website and YouTube channel. These performances, which were creatively performed and produced under stringent safety standards, include Teseo, New Dances, David Robertson Conducts Schubert, AXIOM Conducted by Jeffrey Milarsky, The Music of Art Blakey and the Jazz Messengers, Kristian Bezuidenhout Conducts Juilliard415, and O Solo Mio, among many others.

Juilliard’s largest and most visible student performing ensemble, the Juilliard Orchestra, is known for delivering polished and passionate performances of works spanning the repertoire. Comprising more than 375 students in the bachelor’s and master’s degree programs, the orchestra appears throughout the season in concerts on the stages of Juilliard’s Peter Jay Sharp Theater, Alice Tully Hall, and Carnegie Hall. The orchestra is a strong partner to Juilliard’s other divisions, appearing in opera, dance, and drama productions as well as presenting an annual concert of world premieres by Juilliard student composers.

William Short conducts the Juilliard Wind Orchestra in Mozart’s Serenade No. 10 in B-flat Major, K. 361, “Gran Partita.” The Juilliard Wind Orchestra provides students with an opportunity to study and perform important staples of the wind repertoire, including masterworks by Beethoven, Strauss, Dvořák, Stravinsky, and others. The ensemble is conducted by a Juilliard woodwind faculty member or prominent performer. Past conductors have included oboist Elaine Douvas, bassoonist Patricia Rogers, and clarinetist Anthony McGill.

Juilliard Jazz, under the direction of Wynton Marsalis and celebrating its 20th anniversary this season, presents the Juilliard Jazz Orchestra in commissions inspired by bebop legends conducted by Tim Armacost. In addition to spotlighting Juilliard Jazz composers, the concert will feature music by composers from around the country.

*Winners of the New Juilliard Ensemble’s 2019 and 2020 auditions for Juilliard composition students.

About The Juilliard School
Founded in 1905, The Juilliard School is a world leader in performing arts education. The school’s mission is to provide the highest caliber of artistic education for gifted musicians, dancers, and actors, composers, choreographers, and playwrights from around the world so that they may achieve their fullest potential as artists, leaders, and global citizens. Located at Lincoln Center in New York City, Juilliard offers undergraduate and graduate degrees in dance, drama (acting and playwriting), and music (classical, jazz, historical performance, and vocal arts). Currently more than 800 artists from 43 states and 44 countries and regions are enrolled in Juilliard’s College Division, where they appear in more than 700 annual performances in the school’s five theaters; at Lincoln Center’s Alice Tully and David Geffen halls and at Carnegie Hall; as well as at other venues around New York City, the country, and the world. The continuum of learning at Juilliard also includes nearly 400 students from elementary through high school enrolled in the Preparatory Division, and more than 800 adult students are enrolled in Juilliard Extension. Beyond its New York campus, Juilliard is defining new directions in global performing arts education for a range of learners and enthusiasts through The Tianjin Juilliard School and K-12 educational curricula.