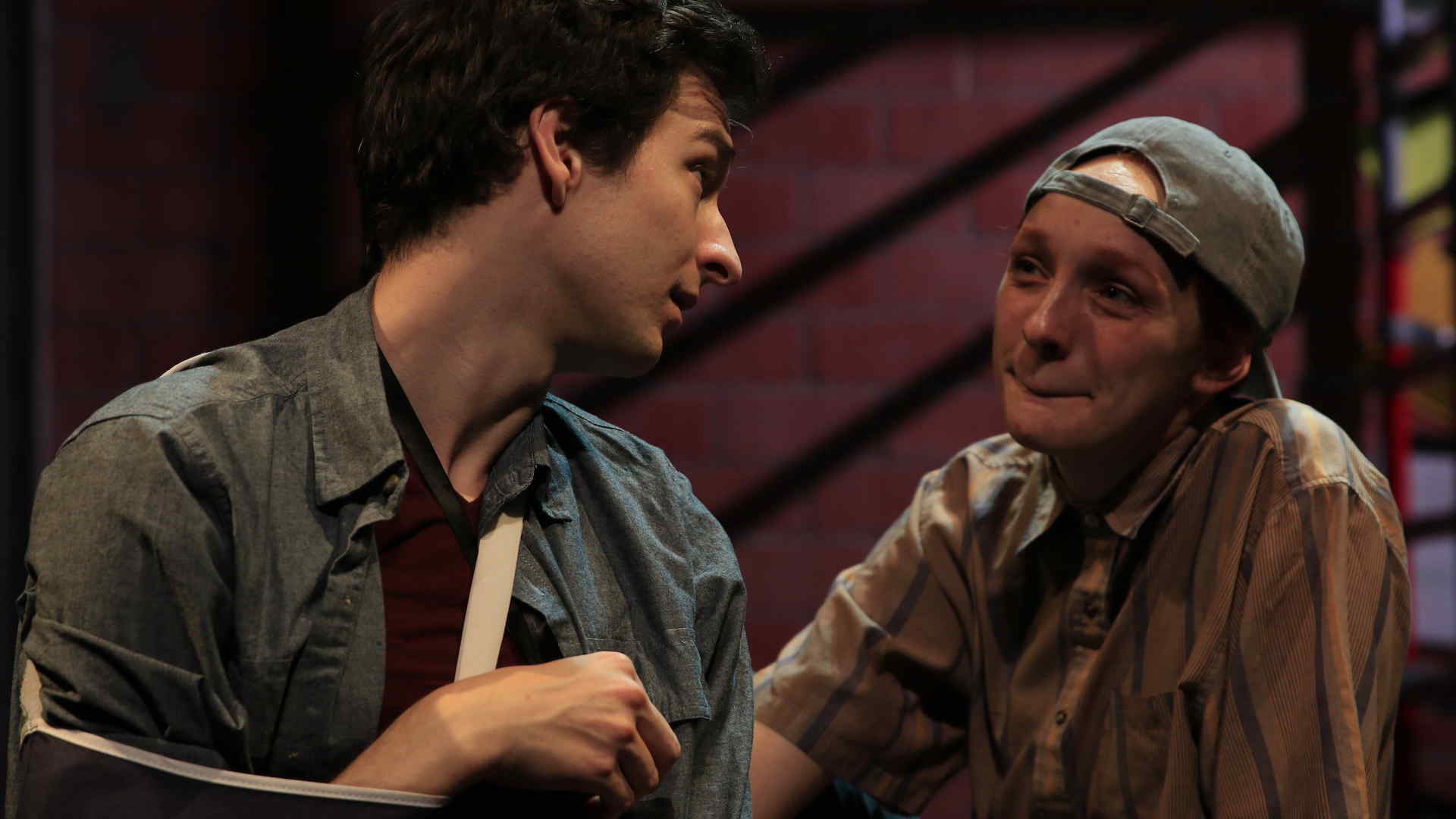 All the world’s a stage,
And all the men and women merely players;
They have their exits and their entrances,
And one man in his time plays many parts.
As You Like It

In July, my classmate Aaron Gonner and I were able to act in front of an in-person (fully vaccinated) audience, without masks, for the first time since the beginning of the pandemic, and it was wondrous. The ensemble of our production of As You Like It was made up of Houston-based students, aged 14–19; and for most, it was the first Shakespeare play they had ever been in.

Philip Lehl (Group 19), a co-founder of 4th Wall Theatre Company, planned the inaugural intensive Summer Shakes for 2020 to give young actors from all backgrounds the chance for mentorship not only from him but also from two Juilliard students. His plans, like all of ours, were put on hold due to the global pandemic. But this summer, as the world’s stages opened again, Aaron and I were invited to come and play the lead roles in As You Like It and also teach the 12 students using the training we had received at Juilliard. We led workshops in Shakespeare’s verse, in Lecoq’s character masks, and in using imagination to find the truth of a character’s experience. Aaron and I had never taught before, but after one particularly intense mask session, one of our students, Alejandro, said to his ensemble, “I just found parts of my voice, and myself, that I’ve never used before.” As a first-time teacher, I could relate more than I could say. It was exhausting but exhilarating.

While many theaters around the world are understandably focused on gaining back the money lost from more than a year of shuttered doors, the generosity of several donors and Phil’s vision meant that 4th Wall reopened its stage with our performances—ours was the first in-person show the general public could see. Every student received a full scholarship, and Aaron and I were paid as actors and teaching artists. The play itself received the resources of a full production—including costume, lighting and sound design, professional stage management, and photography teams.

Phil’s priority for the resources and costs he took on was creating the best circumstances for the students in the room so that all students—from any and every background of wealth, race, previous education, and ability—could participate equally with as much enthusiasm and sense of belonging as anyone else. He valued each of us, which fostered a true sense of worth in the students as we worked and trained together. Whether these students wanted to attend Juilliard someday and become actors or were just seeing if they liked Shakespeare at all for the summer, they were as valued as artists as Aaron and I. For an hour or so each day, we were their teachers and mentors. Then, for five hours, we were their collaborators—acting in the same play they were, with the same goals, taking the same notes from Phil. We were all enough. And, because of that, the production we created in the five weeks we had together soared beyond any of our expectations.

As the world returns to stages, we have the opportunity to make them a space where, no matter what part you’re playing in your life and which player you are, you belong, you are valued, you are enough. As a first-time teacher, I learned teaching this lesson to a young artist matters more than any technique you could be taught. And I’ll continue to foster what I learned this summer on many more stages before my exit.