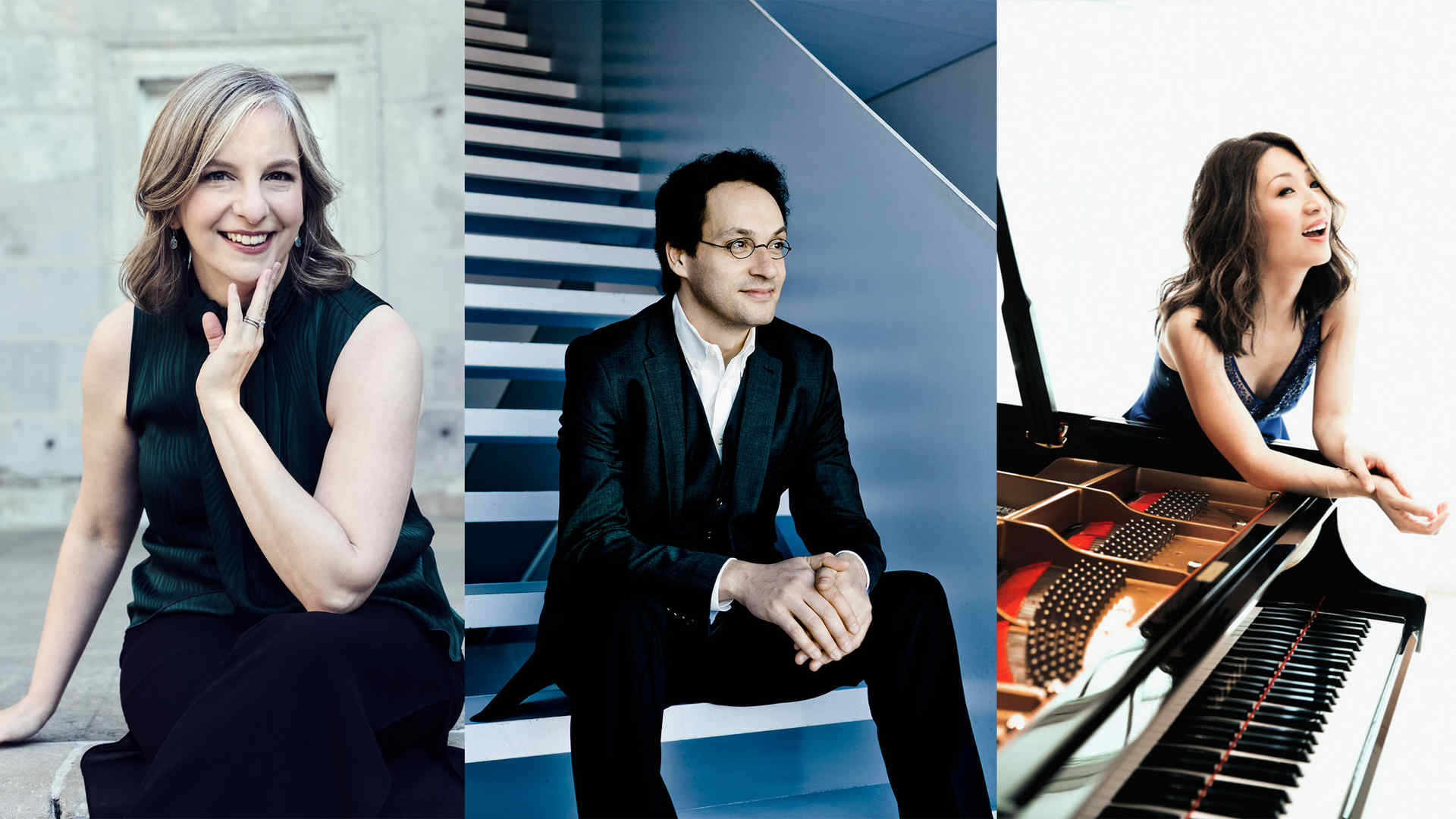 Piano alums will join the piano faculty next year

Three alums are joining the College and Pre-College piano faculties in the 2022-23 academic year. The three are Soyeon Kate Lee (BM ’01, MM ’03, Artist Diploma ’05), Orli Shaham (Pre-College ’93; BCJ exchange ’97), and Shai Wosner (BM ’99, MM ’01, piano). They each “embody the ideals that are so fundamental to our mission: a passion for teaching, a keen intellect, and superb artistry,” said Veda Kaplinsky (Pre-College ’64; BM ’68, MS ’69, DMA ’73), chair of the piano department. “We look forward to having them join our exceptional faculty and to working alongside them.”

Lee, Shaham, and Wosner each “possess the rare combination of great artistry and outstanding teaching ability that defines the Juilliard faculty,” said David Serkin Ludwig (MM ’02 composition), dean and director of the Music Division. In making the announcement, he noted that the hires are the result of an open search involving students, faculty, and administrative staff. Shaham has been serving on the faculty for two years on an interim basis but will become a member of the regular college faculty.

Korean-American pianist Soyeon Kate Lee, who won first prize in the Naumburg International Piano Competition and the Concert Artist Guild International Competition, has performed around the world. Her discography as a Naxos artist spans the works of Scarlatti, Liszt, Scriabin, and Clementi, and her eco-awareness album Re!nvented, on the E1 label, garnered her the Classical Recording Foundation’s young artist of the year award. Lee has commissioned works by prominent composers and given world premieres of works by Frederic Rzewski, Marc-André Hamelin, Alexander Goehr, Gabriela Lena Frank, Texu Kim, and Huang Ruo.

A laureate of the Santander and Cleveland international piano competitions, Lee earned her bachelor’s, master’s, and Artist Diploma before receiving her doctorate at the CUNY Graduate Center. She has served on the Cincinnati-College Conservatory of Music and Bowdoin International Music Festival faculties. She’s a co-founder and the artistic director of Music by the Glass, a concert series dedicated to bringing together young professionals in New York City.

Orli Shaham, who was born in Israel and grew up in New York, is the artistic director of both the Pacific Symphony’s chamber series Café Ludwig in Costa Mesa, California, and the interactive children’s concert series Orli Shaham’s Bach Yard, which she founded in 2010. Also a regular guest host on National Public Radio’s From the Top, she’s chair of the board of trustees at Kaufman Music Center in New York City.

This season, Shaham is releasing the second and third volumes of the complete Mozart Piano Sonatas. Her Mozart recording project also includes volume 1 of the Piano Sonatas and her album of Piano Concertos with St. Louis Symphony, all of which are part of her discography of a dozen titles on Canary Classics. After receiving her bachelor’s degree at Columbia University, where she participated in the Barnard-Columbia-Juilliard exchange, she pursued graduate studies in historical musicology at Columbia. She is a winner of the Gilmore Young Artist Award and the Avery Fisher Career Grant.

Shai Wosner, a resident artist with the New York-based Peoples’ Symphony Concerts (2020-23), received Lincoln Center’s Martin E. Segal Award, an Avery Fisher Career Grant, and a Borletti-Buitoni Trust Award. Born in Israel, he has performed as a soloist, recitalist, and chamber musician and with major orchestras across the U.S. He records principally for Onyx Classics, with recordings ranging from sonatas by Schubert and Sciarrino to chamber works by Bartók and Kurtág and concertos by Haydn and Ligeti.

Wosner’s latest project is Variations on a Theme of FDR, a suite of five variations by five composers—Derek Bermel, Anthony Cheung, John Harbison, Vijay Iyer, and Wang Lu—who were given as their ‘theme’ a quote from a 1938 speech by President Franklin Delano Roosevelt: “Remember, remember always, that all of us … are descended from immigrants and revolutionists.” Each variation is inspired by the story of an immigrant chosen by each composer.