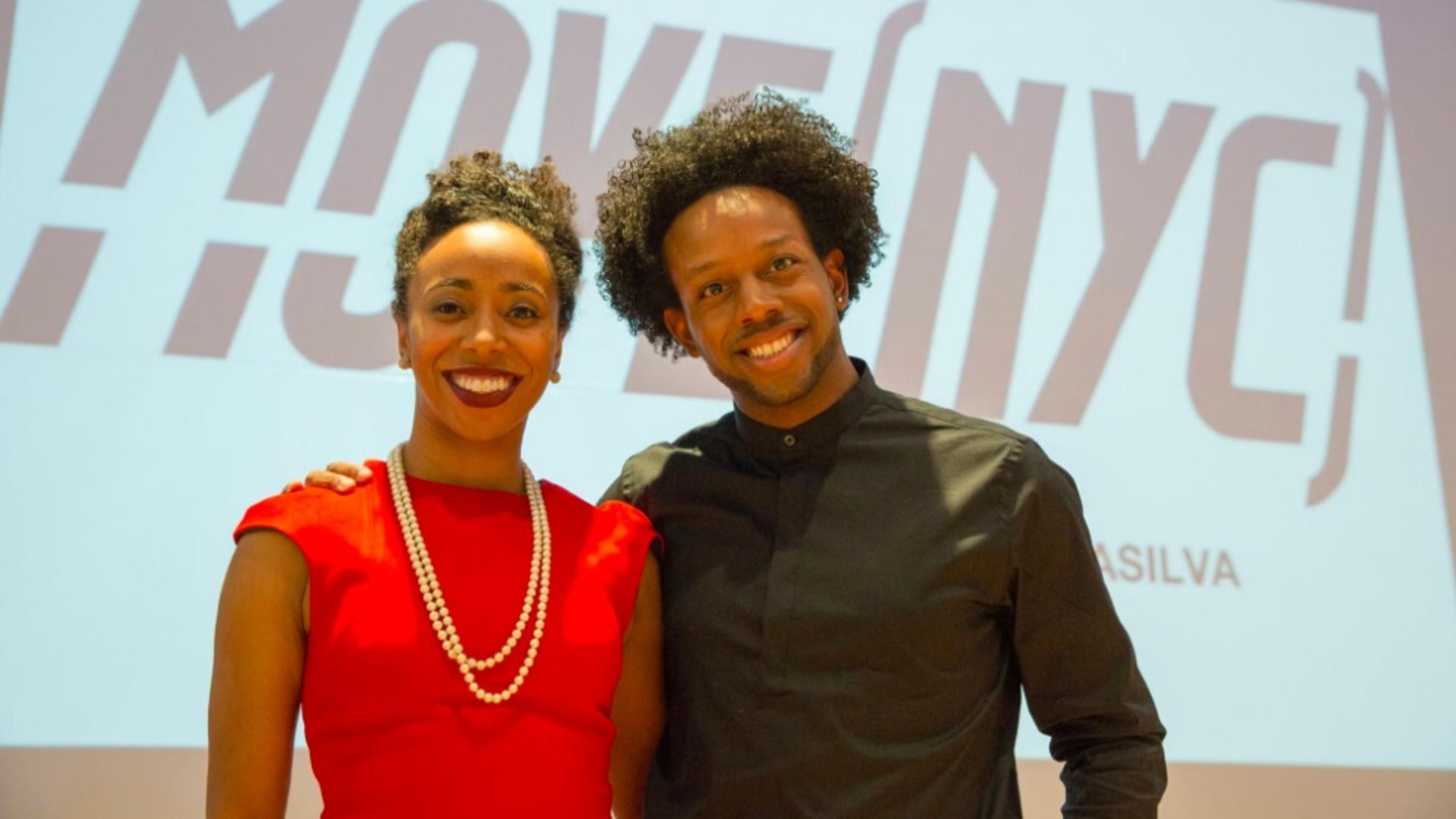 When they first met at age 10 in rehearsals for a church dance pageant, Nigel Campbell was the pudgy newcomer and Chanel DaSilva the experienced star. When he was teased, she became his ally and encouraged him to join her afterschool dance class. It was the start of a beautiful friendship.

Fast forward to 2003–04, their senior year at New York City's LaGuardia High School of Music & Art and Performing Arts, when both received YoungArts awards, were named National YoungArts Foundation Presidential Scholars, and were featured in a PBS documentary. While applying to Juilliard, they coached each other's solos after class and stretched each other's feet during lunch. “Looking back, we were crazy,” Chanel said in a recent joint interview with The Journal. They told each other that Juilliard takes only 24 dancers, but that meant two spots for them and 22 for everyone else. This shared confidence—and of course shared talent—paid off; they both got in.

Their high school friends had started calling them ChaNigel and the nickname—and their support for each other—continued as they kept each other positive through the challenges and trials of Juilliard's rigorous training, casting, injuries, and classmate dramas. It also carried them through a personal tragedy sophomore year, when Chanel's mother died in a house fire. She tried to cope—and be strong for her younger brother—by not missing class, not crying, and not talking about it, even with her best friend. But when it was apparent she wasn't taking care of herself, Nigel pinched her baggy leotard and said “girl, you need to eat something.” And with that gentle reminder, Chanel started getting herself back on track.

Bad times aside, their goal from the beginning had been to dance professionally, so when in their senior year, 2008, she signed a contract with Trey McIntyre Project in Idaho and he with Saarlandisches Staatstheater/Donlon Dance Company in Saarbruecken, Germany, they didn't think twice about parting ways. Facebook and weekly Skype sessions let them continue their mutual support and share feelings about adjusting to life in a dance company, being away from the city they knew, and being the sole African-American dancers in places not known for their diversity. When money and performance schedules allowed, they'd visit each other.

It was during one such visit, in 2013, that the topic turned to the improbability that two children of single mothers from the Bronx and Brooklyn who didn't know what a career in dance could be would find themselves where they were—an Irish pub in Gothenburg, Sweden. They reflected on the support they'd given each other and received from friends, family, and strangers. And they also talked about Trayvon Martin's killing and the nascent Black Lives Matter movement.

Nigel and Chanel knew that dance had been the ladder out of their neighborhoods and now, from their place on the higher rungs, they wanted to help others do the same. But they didn't see many dancers of color outside of a select group of companies, and they didn't see their stories reflected in the work they were performing. “We wondered how we could get our story on the stage,” Chanel recalled, noting that while auditions are technically open to all, it's hard to get into an institution like Juilliard without access to training and money. They'd made it—with extensive scholarship support—but what could they do to help others?

Chanel and Nigel decided to pay it forward by helping young dancers get access to training, so they created MOVE(NYC), a three-week intensive for young dancers from all five New York City boroughs. (Summer programs are vital as they let serious younger dancers experience new points of view and techniques as well as meet dancers at their level.) Chanel and Nigel spent 2014 talking about what values were most important to pass on to the next generation of dancers and came up with three foundation pillars on which to build the program: access, relevance, and representation.

To make MOVE(NYC) free to participants, Chanel and Nigel entered into a generous partnership with Gibney Dance that greatly subsidizes the operational costs of the program and provides yearlong guidance and support to the young entrepreneurs. Everything else is covered through fund-raising from online campaigns and benefit performances.

To keep the program relevant to the profession and to the dancers' lives, they created a curriculum of contemporary dance forms, ballet training, improvisation, repertory, and jazz, with additional seminars in leadership and career management. And knowing that an artist in the 21st century requires more than just excellent training, they included career management and leadership seminars that touch on everything from how to write a proper email and ferret out research opportunities to networking. But before they could realize these lofty goals, the pair had to work out logistics. They called on their Juilliard Senior Production and stagecraft class experience to plan fund-raising productions, create marketing materials, and network. They asked Juilliard faculty members for advice, hired third-year dancers to help out backstage at fund-raisers, and called on Juilliard friends to teach and be guest speakers.

To ensure representation, MOVE(NYC) is at once inclusive and exclusive. Auditions are held in all five boroughs with the goal of selecting 30 dancers ages 13–18, each of whom must reside in New York and have had two previous years of training. The faculty (many of them Juilliard alums) was selected in part to reflect the racial diversity of dancers they would serve so that participants would know they don't have to assimilate, or take away from who they are. “They'll be richer artists if they're able to bring themselves to the work,” Chanel said.

At heart, Nigel said, MOVE(NYC) is a social program. “You can't have a conversation about class without talking about race. If a critical mass of black and Latino kids can't afford the training necessary to make it to the profession, then companies end up with a homogeneous look,” he explained. “If they don't know what to wear at an audition, they're not going to get the scholarship.” What is appropriate in one culture may not be appropriate in the rarified culture of dance. Chanel and Nigel learned about this “code switching” between cultures early; their hope is that by reaching kids at a critical stage of development, they'll be ready to be part of prestigious dance institutions someday.

The inaugural summer, 2016, was a resounding success but once it was over, Chanel and Nigel, who are both based in New York again, realized they weren't done with the dancers. Their mentorship with the original 30 dancers has continued, adding performance opportunities and cultural experiences. In September, they held MOVE(NYC) Pops!, an interactive performance event in Harlem that ended with a dance party on the street. In January, they took the group to see the new National Museum of African American History in Washington, D.C., and the following month, they re-created MOVE(NYC) Pops!, this time in Brooklyn. It was so successful that they've added another pillar to their mission—community engagement.

Chanel and Nigel talk enthusiastically about what they can offer young dancers, both the ones who participated last summer and future generations. Their childhood friendship has grown into an unusually equitable business relationship. When one speaks, the other nods and interjects supportive comments, never interrupting. ChaNigel at work. Watch them move.