NEW YORK –– Juilliard today announced conductor David Robertson as director of conducting studies, distinguished visiting faculty at Juilliard. As part of his new role, Mr. Robertson will be the principal teacher for all conducting degree students at the school. He will work with three or four students per academic year and will personally audition prospective students. Mr. Robertson will teach private lessons, a regular studio class, and work with the students as they conduct the Juilliard Lab Orchestra. In addition, he will select students to accompany him and assist at major orchestral engagements on his schedule. Mr. Robertson will conduct one major concert annually with the Juilliard Orchestra. He is already scheduled to lead the Juilliard Orchestra at Carnegie Hall this spring on April 2, 2018, in a program of Ives, Bartók, and Dvořák.

In announcing the appointment, Joseph W. Polisi, president of Juilliard, said, “I am very pleased that David Robertson has accepted the position of director of conducting studies, distinguished visiting faculty, at Juilliard. I have known David for many years and long admired his commitment to educating young musicians, demonstrated by his work at the Paris Conservatoire; the Aspen, Tanglewood, and Lucerne festivals; the National Youth Orchestra; and many others. In addition, as one of the most distinguished conductors of our time, David’s professional expertise and experience will allow our conducting students and our orchestral players to benefit enormously from his artistry. Of course, David will build on the exceptional work of Alan Gilbert, who transformed Juilliard’s program during his tenure and has helped shape the next generation of eminent conductors.”

Ara Guzelimian, provost and dean of Juilliard, remarked, “I am absolutely delighted at the prospect of David Robertson’s leadership of the Juilliard conducting program. He is one of the most thoughtful, probing, and adventurous musicians in the world. Our students will benefit enormously from his immensely engaging musical curiosity and insight. I also want to thank and salute Alan Gilbert for the remarkable work he did with several classes of young conductors at Juilliard, most of whom are actively engaged in thriving careers around the world.”

“Music, perhaps especially classical music, must always be about the future,” commented David Robertson. “Because the act of interpretation is simply essential not just to the perpetuation of the art form but to its renewal and reinvigoration, I am especially honored and excited to take on this role at the singular Juilliard School.  My hope is that, collaboratively, we can evolve the idea of teaching conducting, including creating new opportunities for those who aspire to the podium to step onto some of the world’s greatest with me, to learn by being at the live center of our beloved music of centuries past, and vanguard performances of the classical music of tomorrow.”

Mr. Robertson is currently music director of the St. Louis Symphony Orchestra and chief conductor and artistic director of the Sydney Symphony Orchestra as well as a frequent guest conductor of many of the world’s leading opera companies and orchestras. He has previously served in artistic leadership positions with many musical institutions, including the Orchestre National de Lyon, the Ensemble InterContemporain in Paris, and as principal guest conductor of the BBC Symphony Orchestra. Mr. Robertson is a notable champion of contemporary music having collaborated closely with a wide range of composers, including Pierre Boulez, Luciano Berio, John Adams, and Juilliard alumnus Steve Reich. Mr. Robertson has led many productions at the Metropolitan Opera, and he returns to the Met next month to lead a new production of Mozart’s Così fan tutte, directed by Phelim McDermott.

Mr. Robertson, who succeeds Alan Gilbert in heading the Juilliard conducting program, will begin his appointment in the fall of 2018. Mr. Gilbert has been on the Juilliard faculty since September 2011, during the time he was music director of the New York Philharmonic. With his recent appointment as chief conductor of the NDR Elbphilharmonie in Hamburg, Mr. Gilbert is now based in Europe and will return to Juilliard as his schedule allows. His next appearance with the Juilliard Orchestra will be on April 16, 2018 in David Geffen Hall in a program of Barber, Christopher Rouse, and Brahms.

David Robertson – conductor, artist, thinker, and American musical visionary – occupies some of the most prominent platforms on the international music scene. A highly sought-after podium figure in the worlds of opera, orchestral music, and new music, Robertson is celebrated worldwide as a champion of contemporary composers, an ingenious and adventurous programmer, and a masterful communicator whose passionate advocacy for the art form is widely recognized. A consummate and deeply collaborative musician, Robertson is hailed for his intensely committed music making.

Currently in his valedictory season as music director of the St. Louis Symphony, and his fifth season as chief conductor and artistic director of the Sydney Symphony Orchestra, he has served in artistic leadership positions at musical institutions including the Orchestre National de Lyon, and, as a protégé of Pierre Boulez, the Ensemble InterContemporain, which he led on its first North American tour. At the BBC Symphony Orchestra, he served as principal guest conductor. With frequent projects at the world’s most prestigious opera houses, including the Metropolitan Opera, where he has lead numerous productions, La Scala, Bayerische Staatsoper, Théâtre du Châtelet, the San Francisco Opera and more, Robertson will return to the Met Opera in 2018 to conduct the premiere of Phelim McDermott’s new production of Così fan tutte.

Robertson has served as a perspective artist at Carnegie Hall, where he has conducted, among others, the Met Orchestra, the Lucerne Festival Orchestra, and the St. Louis Symphony Orchestra. He appears regularly in Europe with the Royal Concertgebouw Orchestra, the Czech Philharmonic, the Bayerische Rundfunk and the Dresden Staatskapelle, and at the Berlin Festival, the Edinburgh Festival, the BBC Proms and the Musica Viva Festival in Munich.

During his 13-year tenure with the St. Louis Symphony Orchestra, Robertson has solidified the orchestra’s standing as one of the nation’s most enduring and innovative. His established and fruitful relationships with artists across a wide spectrum is evidenced by the orchestra’s ongoing collaboration with composer John Adams. The 2014 release of City Noir (Nonesuch Records)—comprising works by Adams performed by the SLSO with Robertson—won the Grammy Award for best orchestral performance. Robertson is the recipient of numerous musical and artistic awards, and in 2010 was made a Chevalier de l’Ordre des Arts et des Lettres.

Robertson is devoted to supporting young musicians and has worked with students at the festivals of Aspen, Tanglewood, Lucerne, at the Paris Conservatoire, Juilliard, Music Academy of the West, and the National Orchestra Institute.  In 2014 he led the USA Coast to Coast tour of the National Youth Orchestra of Carnegie Hall.

Born in Santa Monica, California, Robertson was educated at London’s Royal Academy of Music, where he studied horn and composition before turning to orchestral conducting.  He is married to pianist Orli Shaham, a Juilliard alumna.

Located at Lincoln Center in New York City, Juilliard offers undergraduate and graduate degrees in dance, drama (acting and playwriting), and music (classical, jazz, historical performance, and vocal arts). Currently more than 800 artists from 40 states and 38 countries are enrolled at Juilliard, where they appear in over 700 annual performances in the school’s five theaters; at Lincoln Center’s Alice Tully and David Geffen Halls and at Carnegie Hall; as well as other venues around New York City, the country, and the world. 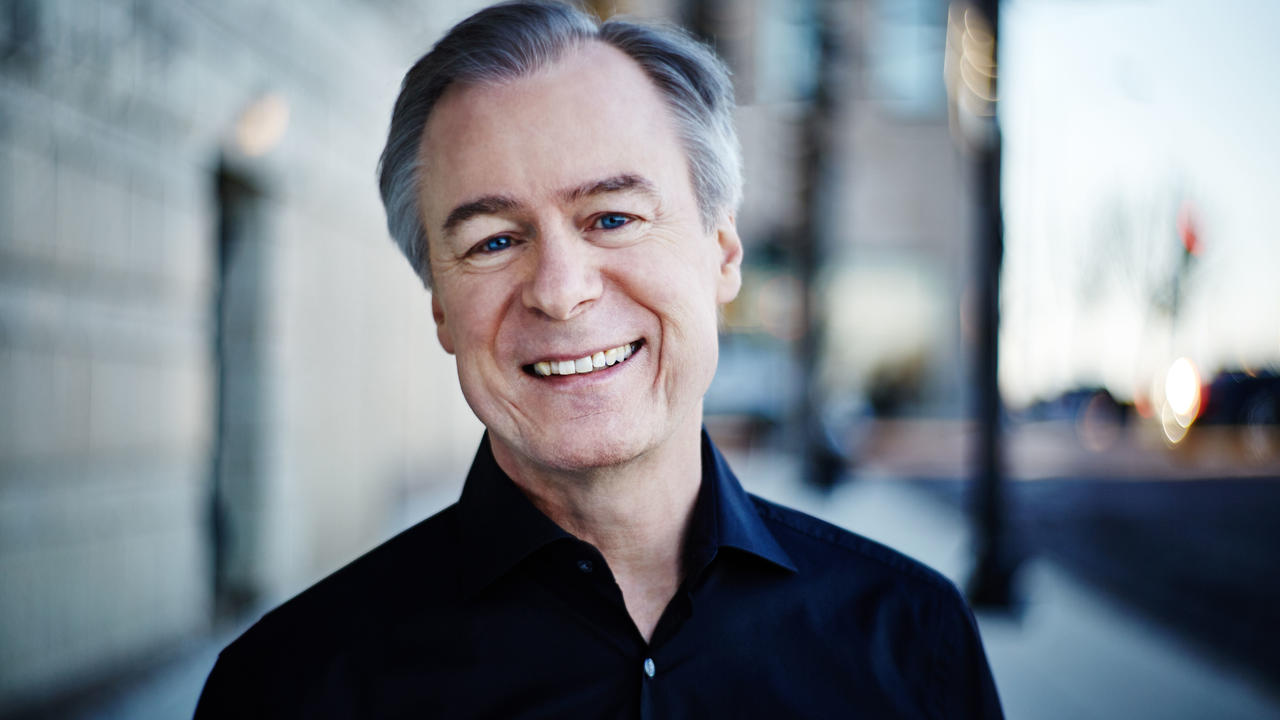