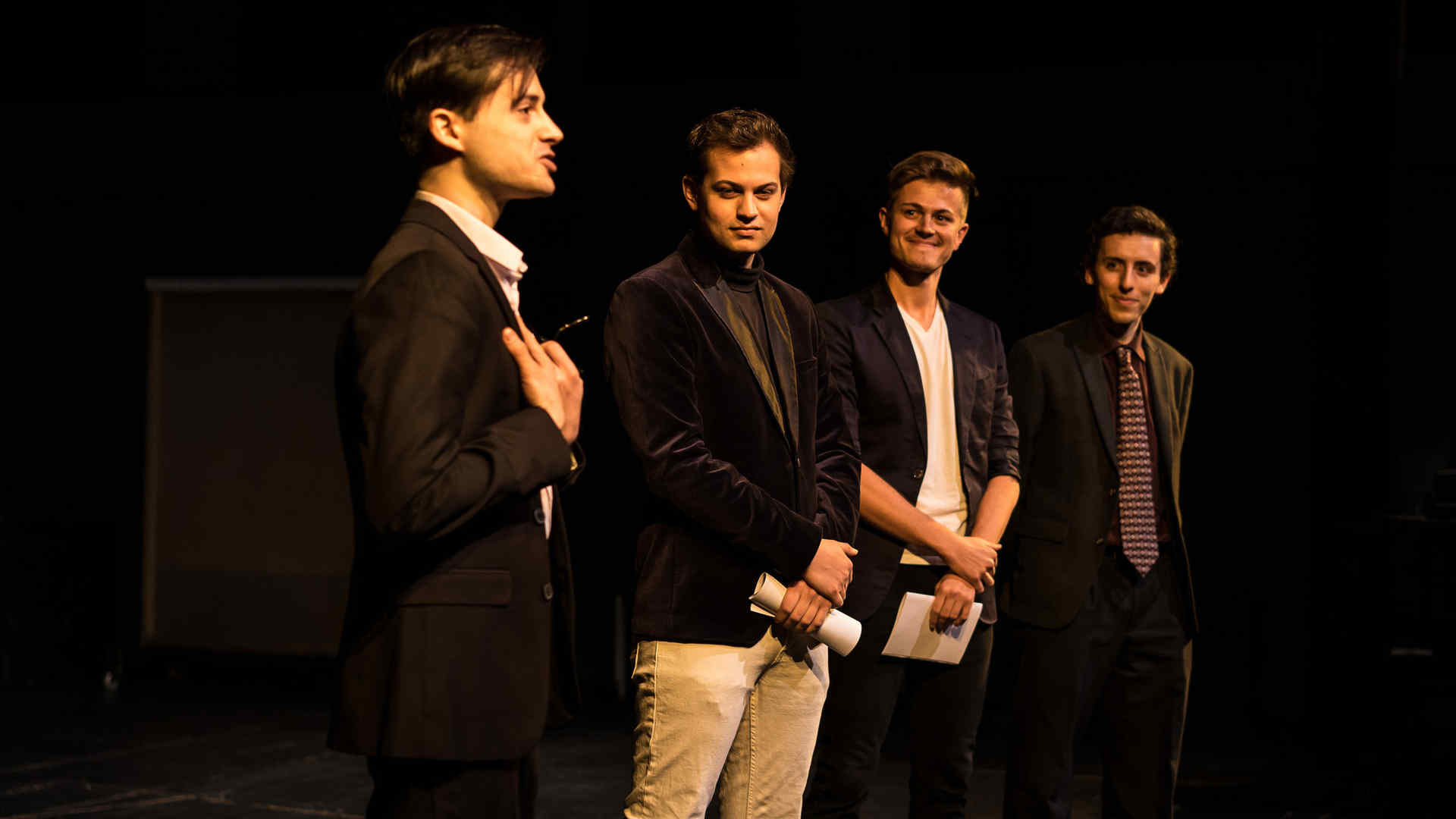 For a long time I’ve wanted to challenge the status quo of how opera is typically created and produced. As an art form, opera has a prevailing reputation of being exclusive, cost-prohibitive, and inaccessible. In many ways, those stigmas are spot-on. But is it possible to dispel some of the myths surrounding opera by offering artists alternative creative conditions and encouraging them to experiment with new forms?

In the fall of 2016, Chason Goldschmitz (composition) and Aaron Severini (a composition student who graduated last year), Thomas West (Vocal Arts), and I (a Vocal Arts alum and current Drama student), discovered we shared a dream: a laboratory in which Juilliard composers, writers, singers, directors, and instrumentalists could collaborate and create new works for the stage. As it happened, our first meeting was the day after Donald Trump was elected president, and we started by talking about how irrelevant it felt to be discussing music in the face of our then-new political reality. But as we continued, we discovered that this project had a poignant relevance.

The premise of the Opera-Composer Collaborative Project was that six unique teams of artists without prior experience of writing for the opera stage would each create a new 8-10-minute piece of opera that would then be fully produced and performed. We knew this would require massive amounts of scheduling and communication, clearance and support within every department at Juilliard, and forming a solid financial backbone to make it feasible. A small grant from the Marks Center for Entrepreneurship, a successful online crowdfunding campaign, assistance from the school’s administrative offices, and a whole lot of spreadsheets and emails paved the way.

What transpired over the next several months exceeded all our expectations. The inaugural season of OperaComp involved nearly 40 artists from Juilliard, New York University, and Columbia, representing a range of backgrounds and cultures. Composers, poets, playwrights, singers, actors, directors, collaborative pianists, and an invaluable stage management apprentice devoted countless hours throughout the semester to bring to life these creations, which ranged from bizarrely comedic to intensely autobiographical and devastatingly intimate.

The performance, which took place last March, was a celebration of the human condition through vibrant new voices.

The enthusiastically positive response from participants, contributors, audience, and Juilliard administration encouraged us to continue our project, and OperaComp’s second season is well underway. Six world premieres will arrive at Juilliard on March 18 with an additional performance at National Sawdust in Brooklyn on April 22. Small as it may be, our endeavor is a response to some of those questions raised on Election Day 2016. Organizing collectively and inclusively, working collaboratively, dreaming and creating vibrantly are not only part of our resistance but also our duty as artists in the world today. Our hope is that this project continues to resonate through the divisions and beyond the school’s walls.

Philip Stoddard (BM ’13, voice) is a fourth-year drama master’s student who holds a Steinberg Fellowship and a Juilliard Scholarship