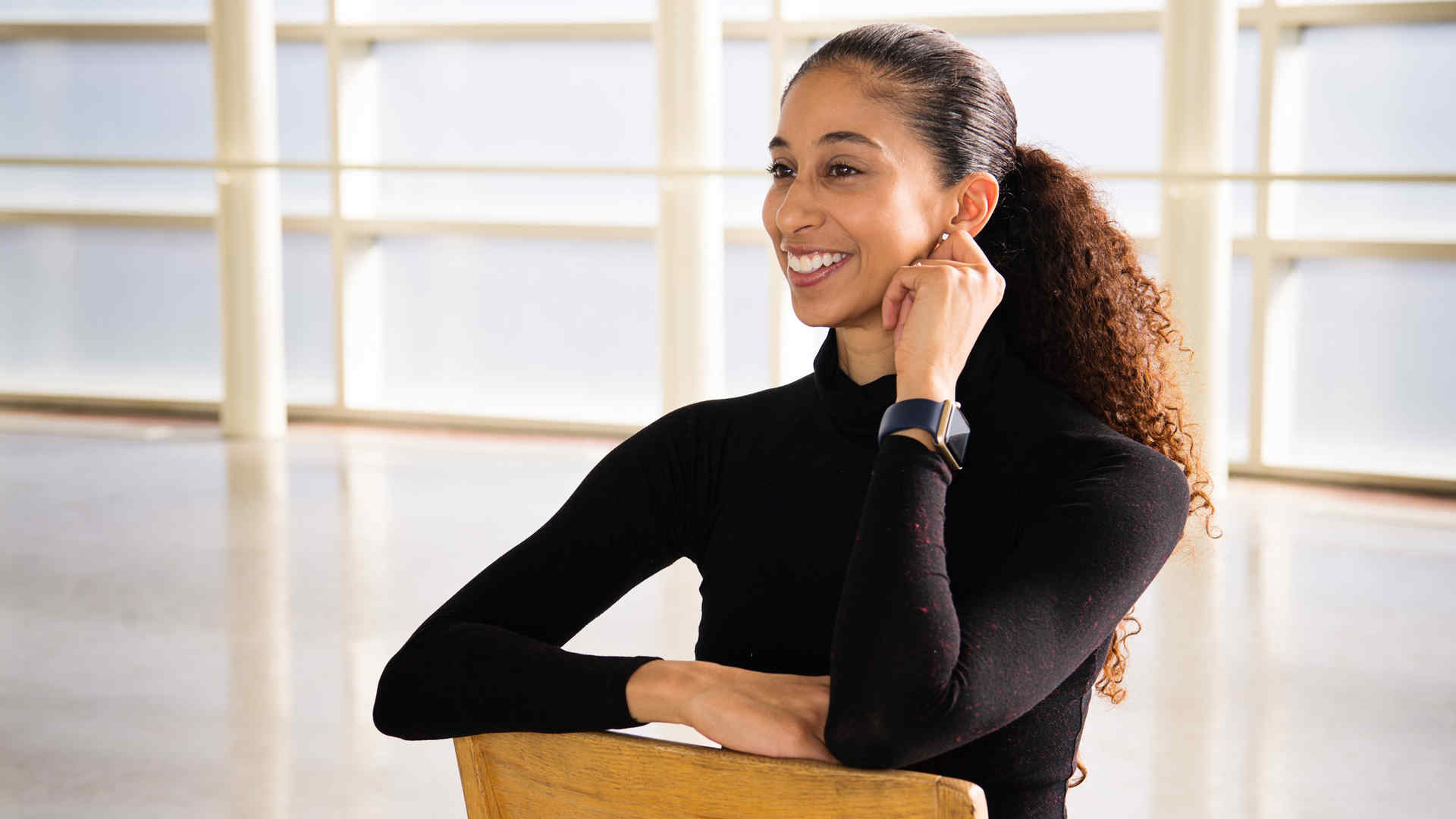 After a career as a dancer— she retired in 2014 from Alvin Ailey American Dance Theater and had been a lead dancer with both Dance Theatre of Harlem and Complexions Contemporary Ballet—Alicia Graf Mack joins Juilliard as director of the Dance Division. A graduate of Columbia University, where she majored in history, Graf Mack has a master’s in nonprofit management from Washington University in St. Louis. She’s danced as a guest performer with Alonzo King’s LINES Ballet, Beyoncé, John Legend, Andre 3000, and Alicia Keys and made numerous festival and TV appearances. She began her teaching career while she was still dancing, teaching most recently at Webster University. Graf Mack, who was born in San Jose, Calif., and grew up in Columbia, Md., now lives in Madison, N.J., with her husband and their two children, Jordan (3) and Laila (1). She also co-founded D(n)A Arts Collective with her sister, hip-hop dancer Daisha Graf.

How did you decide to go into the arts?
I took my first dance class while still in diapers! I don’t think I ever had an epiphany sort of moment that decided the course of my life in the arts. I knew from the time I was a very small child that I wanted to be a ballerina. I am made to move.

What was your last job before Juilliard?
Before Juilliard I taught as a visiting assistant professor at Webster University in St. Louis. I was actually living in Houston during the spring semester, so I taught two online courses and traveled back and forth to lead master classes and residencies.

Is there a mentor who particularly inspired you?
I have had so many mentors who have guided and supported me on my journey. Arthur Mitchell, Judith Jamison, Masazumi Chaya, and Carmen de Lavallade have all shaped me and have been incredible examples of authenticity and excellence. I have been very blessed.

What’s a performance that has been very important to you?
When I was young, I watched two VHS tapes until they warped. One was of Alvin Ailey American Dance Theater and the other was a documentary on the French ballerina Sylvie Guillem. The dancers on these videos set the tone for my career. I aspired to be bold, otherworldly in my physical abilities, and possess a gift to move people’s spirits.

What are you looking forward to about working in New York City?
I am energized by the pace of the city. I remember training in NYC as a teenager and feeling like I found exactly where I belonged. The city is so densely populated, but the dance community is small, so I enjoy running into colleagues and friends at unexpected times and places.

What are you reading/listening to/watching/following these days?
My husband and I are watching The Handmaid’s Tale. It’s like watching a train wreck in slow motion. The story is fascinating because although it is complete fiction, it doesn’t seem so improbable in today’s social and political climate. Something about that keeps me glued to the television. I also admire the main character’s bravery. She has real guts.

If you weren’t in the career you are in, what would you be doing?
I’ve been asking myself that question for at least 20 years now, and I have yet to find an answer. I love to dance. I love dancers and students. I’m fueled by the pursuit of a passion that exposes beauty to the world. For me, all roads lead to movement and music.

What do you always get asked?
Are you excited about your new job?

What do you wish you’d get asked?
Can I do your laundry and clean your house?