Winding Up With the Fourth-Year Rep 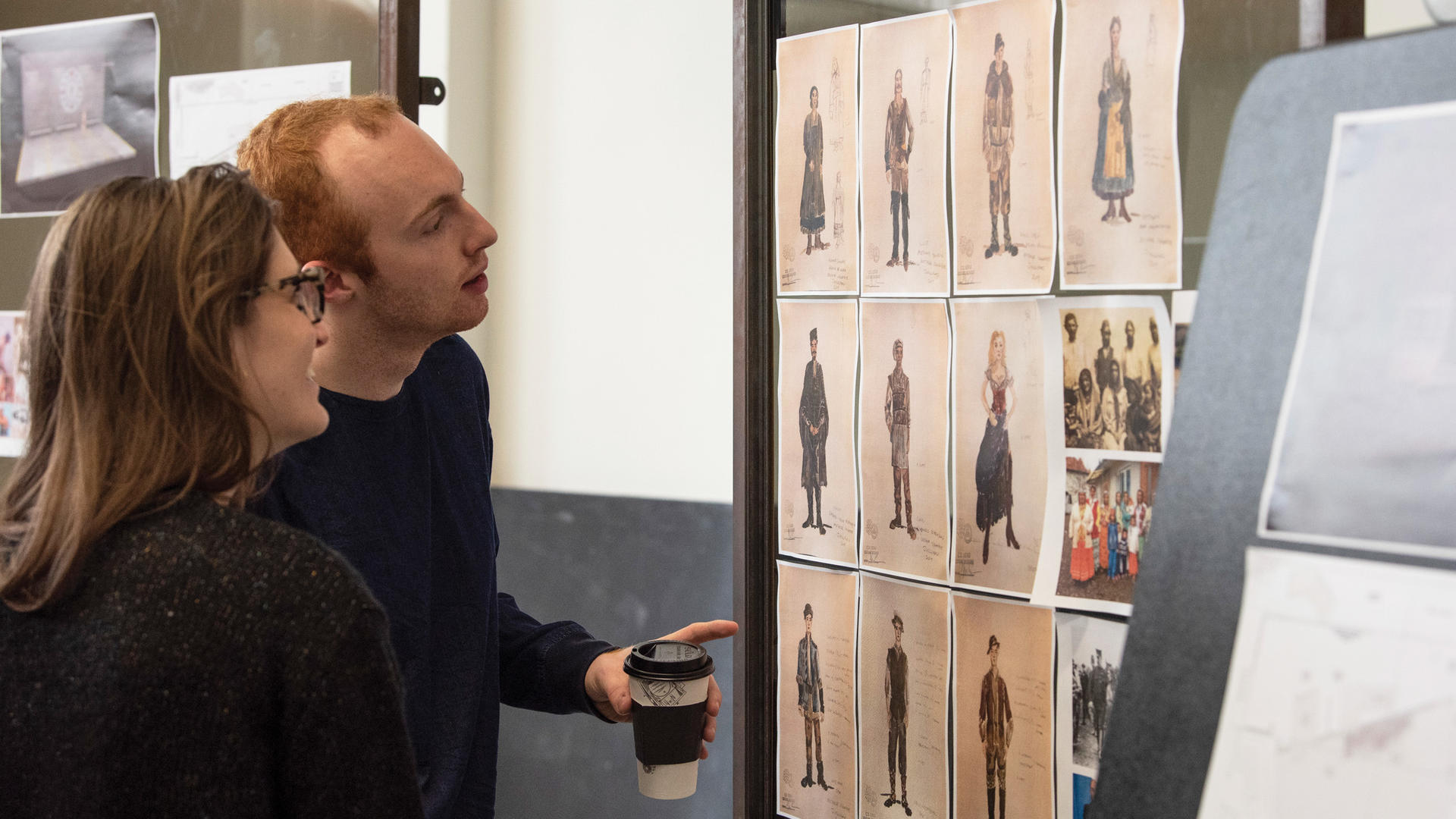 The fourth-year rep, on every actor's mind, is business as usual but with the shadow of finality looming large.

Since the start of my time at school, the fourth-year rep cycle has loomed over me, occupying something of a spectral presence in my ideas about the final year of training at Juilliard. Whispers emerged prematurely from classmates that we will “definitely” be doing Streetcar, all because Richard [Feldman] blinked twice when someone mentioned that they’d read it, so there’s absolutely no question that Streetcar is on the docket. And once that rumor becomes widely accepted as irrefutable truth, everyone begins to just feel that they might be playing either Stanley or Blanche, because there’s no other plausible explanation for why they have had such consistently small casting to date. It’s obvious that Spike Lee will be directing because he came and spoke to students here, didn’t he? And he smiled more than usual, especially at the mention of Tennessee Williams. And the stage will be fully automated. And actually we’re taking the stage direction that Stanley “apes” around the apartment more literally than in previous productions, so we’ve hired the puppet from King Kong as a subtle yet striking metaphor for Stanley’s inner beast.

Then, just as these production fantasies reach their inevitable frenzy, the Drama Division announces the season. Your final year articulated in three plays: the Playwrights Festival, the fall season, and, lastly, the fourth-year rep. And in my mind, the fact that the rep would be the last plays we would all do as students made it feel particularly important, that it would be the culmination of four years of hard work, that it would prove our readiness to start working professionally, that it would justify some claim to success. But, as with many things, our ideas about something in prospect turned out to be very different than how they manifest in reality. Now that I’m here, doing this “last show” at Juilliard, the whole affair feels somehow wonderfully unceremonious. It’s just another show. Perhaps that sensation is fitting preparation for the somewhat itinerant, nomadic life of an actor: you hold on to what you have in the moment, then let go when that opportunity has run its course.

So then the fact that the rep season consists of Queens by Martyna Majok (Playwrights ’17), Red Speedo by Lucas Hnath, and Mother Courage by Bertolt Brecht feels pertinent, as each play speaks, in its own way, to this perpetually transitory state in which we find ourselves. Red Speedo, among other things, engages in a discourse surrounding the fragility of professional success—that what makes us great can make us fall. In the world of Queens, the notion of a strong and stable home is thrown starkly into question. And in Mother Courage, the necessity to overcome life’s unspeakable tragedies at all costs in order to survive paves the way for some of the most affecting moments of the play. In all of these plays, life changes irreversibly at the drop of a hat.

At this juncture of great change in our own lives, the rep feels a little strange. It’s business as usual but with the shadow of finality looming large. And that feeling of being "neither here-nor-there" is a little disconcerting. I feel both greatly prepared for the challenge while also uneasy that time is running out to remedy anything left unattended in the classroom. I am both sorry to be nearing the end of my time here but also relieved that an end is in sight. And so now that the specter of the rep has revealed itself to be no more or less scary than any other project we’ve done, another specter has taken up residence: that of the future. If you ask me what my life will look like in June, I have absolutely no idea. The rep will close, showcase will happen, we will graduate, and that’s it. That’s the end. And endings are such weirdly duplicitous creatures. They bring with them all manner of beasts—some welcome, some not. But perhaps most importantly, they herald a greater moment: the beginning of something new. As I leave, armed to the teeth with words that have touched me in some way, an observation of T.S. Eliot resonates strongly; “What we call the beginning is often the end. And to make an end is to make a beginning. The end is where we start from.” This rep is just that: the end of our education and the beginning of our professional life. And that feels like a scary, wonderful, disconcerting, disorienting, and exciting place to be.

Get tickets to see Queens, Red Speedo, and Mother Courage