Juilliard Will Present the Ulysses Quartet in the Lisa Arnhold Memorial Recital on Tuesday, May 12, 2020, in Weill Recital Hall at Carnegie Hall

NEW YORK –– Juilliard announced that the Ulysses Quartet has been named the school’s graduate resident string quartet, beginning September 2019. The members of the quartet are violinists Christina Bouey and Rhiannon Banerdt, violist and alumnus Colin Brookes, and cellist Grace Ho. Shortlisted at the 2019 Banff International String Quartet Competition, the Ulysses Quartet will compete at the Banff Centre in Alberta, Canada, August 26 to September 1. The competition will be live streamed.

As Lisa Arnhold Fellows at Juilliard, the members of the Ulysses Quartet will have lessons with members of the Juilliard String Quartet and assist the JSQ with its ensemble and chamber music instruction in addition to other teaching duties. Juilliard’s Arnhold residencies last one year; recipients are eligible to return once, for a maximum residency of two years. Upon successful completion of the residency, quartet members are awarded Artist Diplomas in String Quartet Studies at Juilliard.

The Ulysses Quartet will give the Lisa Arnhold Memorial Recital on May 12, 2020, in Weill Recital Hall at Carnegie Hall.

About the Ulysses Quartet

With its members hailing from Canada, the United States and Taiwan, the Ulysses String Quartet has performed in such prestigious halls such as the Harbin Grand Theatre, Carnegie Hall and the Taiwan National Concert Hall. Recent season highlights have included appearances at the Chamber Music Society of Lincoln Center, and La Jolla Music Society Summerfest and debuts at Taiwan National Recital Hall and Jordan Hall, Premiere Performances Hong Kong, and the Vietnam Connection Festival.

Upcoming engagements include a debut at Carnegie Hall’s Weill Recital Hall, performances at the National Arts Centre in Ottawa, Buffalo Chamber Music Society, Bargemusic, and the Eastman School of Music, a quartet residency for the Zukerman Young Artist Program, and returns to Jordan Hall and the Vietnam Connection Festival. As a special project, the group will record the quartets of composer Joseph Summer at Mechanics Hall in Worcester, Mass., over the next several years.

A native of Los Angeles, violinist Rhiannon Banerdt attended the New England Conservatory of Music, where she received her bachelor’s and master’s degrees with honors as a student of Lucy Chapman and Paul Biss and is completing doctoral studies at CUNY Graduate center studying with Mark Steinberg.

A native of Pittsburgh, violist Colin Brookes holds a bachelor of music from Juilliard along with a master of music and artist diploma from Yale University. His former teachers include Heidi Castleman, Misha Amory, Ettore Causa, Jeffrey Irvine, Marylene Gingras-Roy, Roger Chase, and Carolyn Hills.

The musicians perform on instruments and bows that have been graciously loaned by the Canada Council of the Arts Instrument Bank and the Maestro Foundation. 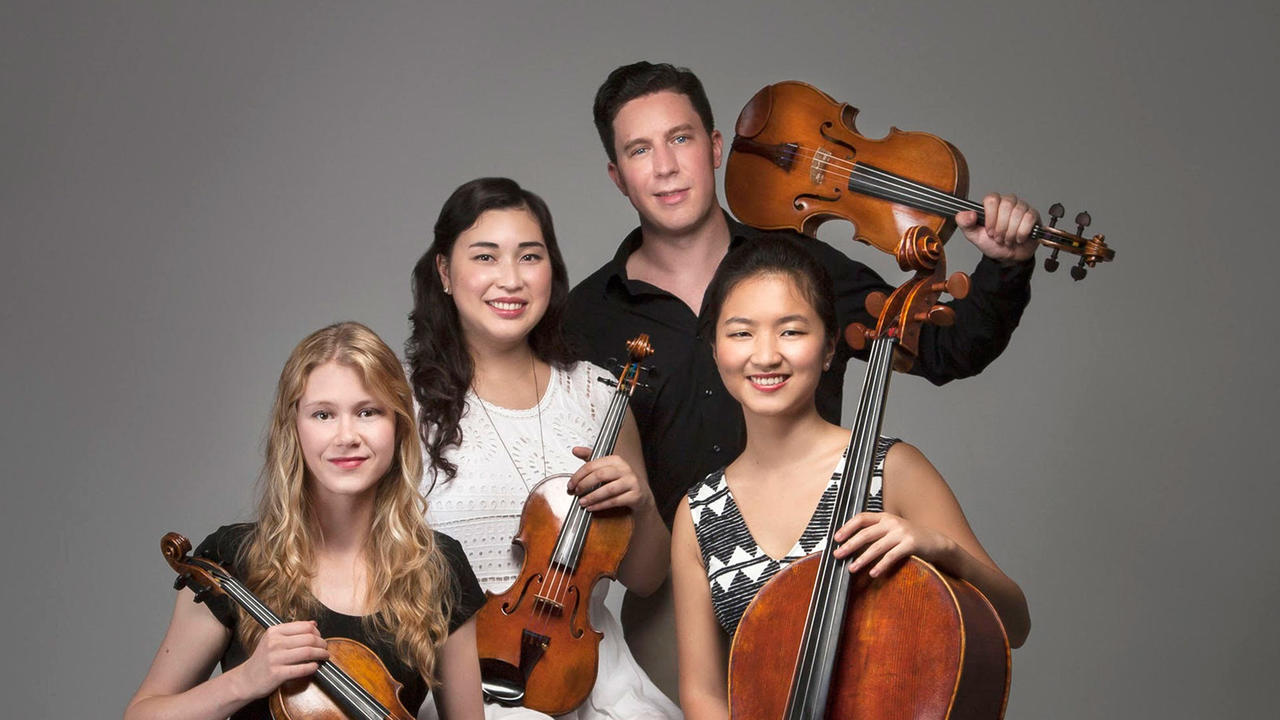