Thursday, May 09, 2019
by Joshua Simka
Juilliard Journal
Share on: 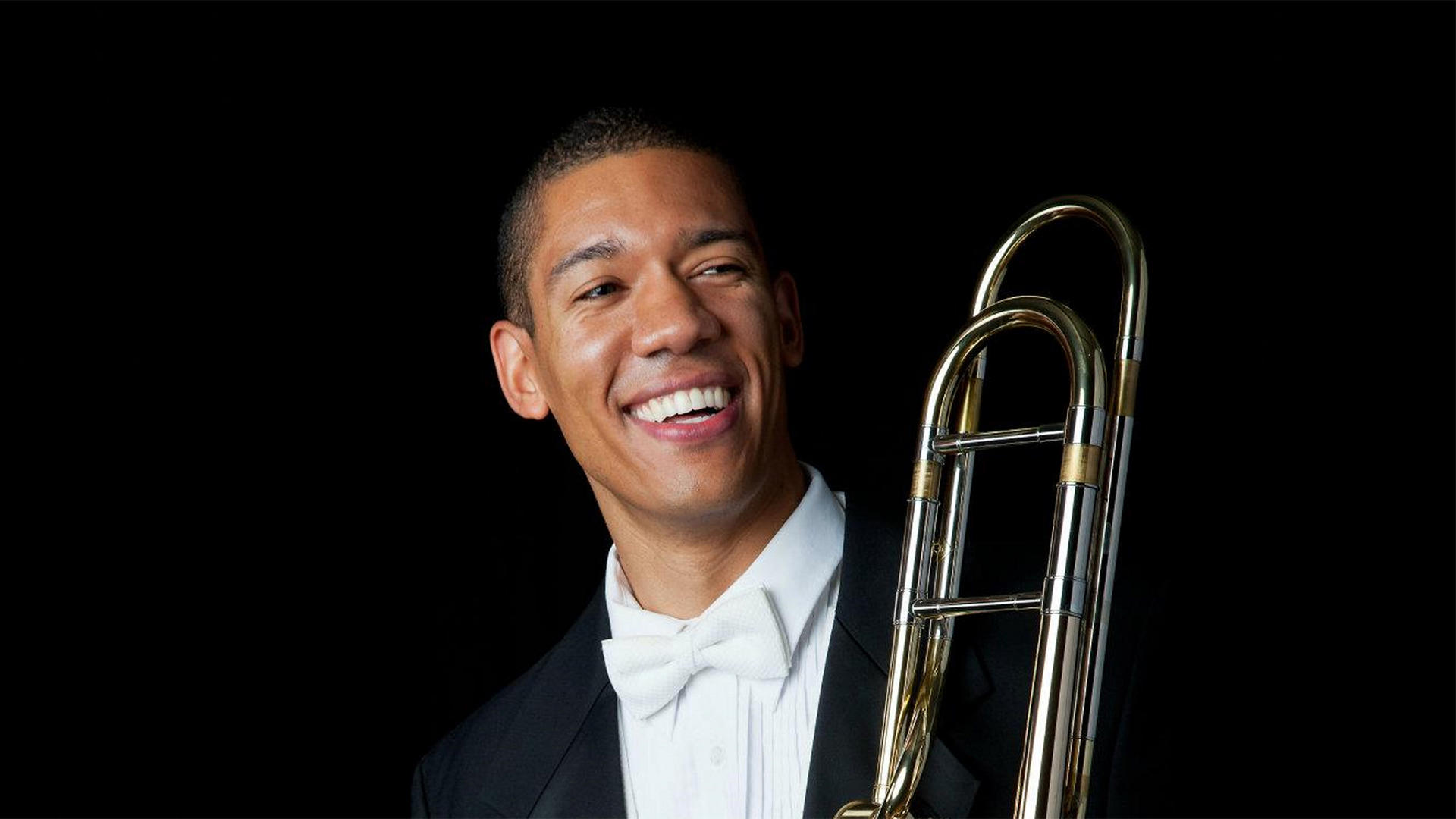 On May 14, trombonist Weston Sprott was appointed dean of Juilliard’s Preparatory Division, overseeing Pre-College and the Music Advancement Program (MAP). He’ll also develop and enhance external collaborations in performing arts training. Sprott is already a familiar face at Juilliard on Saturdays as he’s served on both the Pre-College and MAP faculties, the former since 2016 and the latter from 2008 to 2015. A trombonist with the Metropolitan Opera Orchestra since 2005, he will continue in that position.

Sprott holds a bachelor’s degree from Curtis Institute of Music. In addition to his work as an orchestral and solo trombonist—he made his Carnegie Hall solo debut in 2007 and has appeared with major orchestras around the world—he is a speaker, writer, and advisor on diversity and inclusion efforts in classical music. A member of the Bronx Arts Ensemble’s artistic advisory board, he works with and supports the Sphinx Organization, a nonprofit dedicated to the development of young black and Latinx classical musicians. Sprott has sponsored educational opportunities and solicited instrument donations for disadvantaged students and is a frequent guest speaker and panelist on education and inclusion at classical music conferences.

“As a gifted musician, esteemed educator, and thought leader within the music world, Weston is the ideal candidate to guide the continued development of our efforts to create and nurture the next generation of musicians,” President Damian Woetzel said upon making the announcement.

Juilliard’s Preparatory Division consists of two Saturday music programs—Pre-College, which just celebrated its centennial, and the Music Advancement Program (MAP). Pre-College is a comprehensive conservatory-style music program for students ages 8 to 18 who exhibit the talent, potential, and ambition to pursue music study at the college level. MAP offers intermediate students with great musical potential a comprehensive curriculum, performance opportunities, and summer study partnerships that allow them to pursue advanced music studies while developing their talents as artists, leaders, and global citizens. In addition to Pre-College and MAP, the Preparatory Division also works on building relationships that expand Juilliard’s training efforts for young artists and expand the pool of future performing artists.

Being able to affect “the outcomes of our talented young musicians is a privilege and responsibility that I take very seriously,” Sprott said, adding that he’s “inspired by the opportunity to collaborate with great colleagues and contribute to the ongoing evolution of Juilliard’s tradition of excellence.”