Grammy nominated Missy Mazzoli is the Mead Composer in Residence at the Chicago Symphony Orchestra, and her music has been performed all over the world. She writes this note: “Sinfonia (for Orbiting Spheres) is music in the shape of a solar system, a collection of rococo loops that twist around each other within a larger orbit. The word ‘sinfonia’ refers to Baroque works for chamber orchestra but also to the old Italian term for a hurdy-gurdy, a medieval stringed instrument with constant, wheezing drones that are cranked out under melodies played on an attached keyboard. It’s a piece that churns and roils, that inches close to the listener only to leap away at breakneck speed, in the process transforming the ensemble turns into a makeshift hurdy-gurdy, flung recklessly into space.” Sinfonia (for Orbiting Spheres) was commissioned by the Los Angeles Philharmonic, which premiered it in 2014.

Karina Canellakis (MM ’13, conducting studies) begins her tenure as chief conductor of the Netherlands Radio Philharmonic this fall. Also this season, Canellakis becomes the first principal guest conductor in the history of the Berlin Radio Symphony Orchestra (RSB), and will be the orchestra’s Artist in Focus. Internationally acclaimed for her emotionally charged performances, technical command, and interpretive depth, Canellakis has conducted many of the top orchestras in North America, Europe, the U.K., and Australia since winning the Sir Georg Solti Conducting Award in 2016.

On the operatic stage, Canellakis has conducted Die Zauberflöte with the Zurich Opera, Don Giovanni and Le nozze di Figaro with Curtis Opera Theatre, and gave the world premiere of David Lang’s opera The Loser at the Brooklyn Academy of Music. She has also led Peter Maxwell Davies’ opera The Hogboon with the Luxembourg Philharmonic.

Karina Canellakis previously served as assistant conductor of the Dallas Symphony Orchestra. She received her bachelor’s degree in violin from the Curtis Institute of Music and her master’s in conducting at Juilliard.

New York-based Bulgarian pianist Kaliya Kalcheva thrives both in solo and chamber music repertoire and has distinguished herself as a sought-after collaborative pianist among her colleagues. She has won more than 15 first prizes in solo competitions worldwide and a Grand Prix at the Evangelia Tjiarri International Piano Competition in Cyprus. Her many awards include the EMCY prize at the Young Virtuosos international competition in Sofia, Bulgaria. In 2014 she received an honorary diploma from the Ministry of Culture in Bulgaria for her contributions to the development of Bulgarian culture and arts.

Since performing her first solo recital at age 9, Kalcheva has given recitals in New York, Luxembourg, Belgium, Germany, Bulgaria, and Russia and has collaborated with musicians across Europe and in the U.S. She has been a soloist with many orchestras, including the Bulgarian National Radio Symphony, National Orchestra of Belgium, Sofia Philharmonic, and Classic FM Radio Orchestra. As the 2018-19 concerto competition winner at the Manhattan School of Music (MSM), she will perform Rachmaninoff’s Piano Concerto No. 1 in the 2019-20 season. While at MSM, she won the Fuchs Chamber Music Competition and the Balsam Duo Competition.

Kalcheva has recorded multiple times for Bulgarian National Radio. Some of her recent collaborations include a recital with cellist and duo partner Liav Kerbel at New York City’s Harvard Club and performances with renowned artists such as Nicholas Angelich, Ronald van Spaendonck, and Alexandra Soumm. She has attended festivals such as the International Music Academy Orpheus Vienna and Musica Mundi (Brussels), where, after being a student for three summers, she served as a Young Faculty member in 2017 and 2018. She has also performed several times at the Moscow Meets Friends festival.

A graduate of the National School of Music “Lyubomir Pipkov” (Sofia) in the class of Milena Mollova, Kalcheva earned her bachelor’s from MSM last spring under the guidance of Daniel Epstein. She was the recipient of the 2018-19 Glen K. Twiford piano scholarship and was awarded the Harold Bauer commencement award for “outstanding accomplishment, cooperation, and promise.” She is pursuing her master’s at Juilliard with Matti Raekallio and is honored to be a 2019-20 Thanks to Scandinavia Scholar. At Juilliard, she holds the Joseph Fidelman Scholarship and the Howard and Ethel Ross Piano Scholarship.

About the Juilliard Orchestra

Juilliard’s largest and most visible student performing ensemble, the Juilliard Orchestra, is known for delivering polished and passionate performances of works spanning the repertoire. Comprising more than 350 students in the bachelor’s and master’s degree programs, the orchestra appears throughout the season in concerts on the stages of Juilliard’s Peter Jay Sharp Theater, Alice Tully Hall, David Geffen Hall, and Carnegie Hall.

The Juilliard Orchestra has toured across the U.S. and throughout Europe, South America, and Asia, where it was the first Western conservatory ensemble allowed to visit and perform following the opening of the People’s Republic of China in 1987, and also returning two decades later, in 2008. 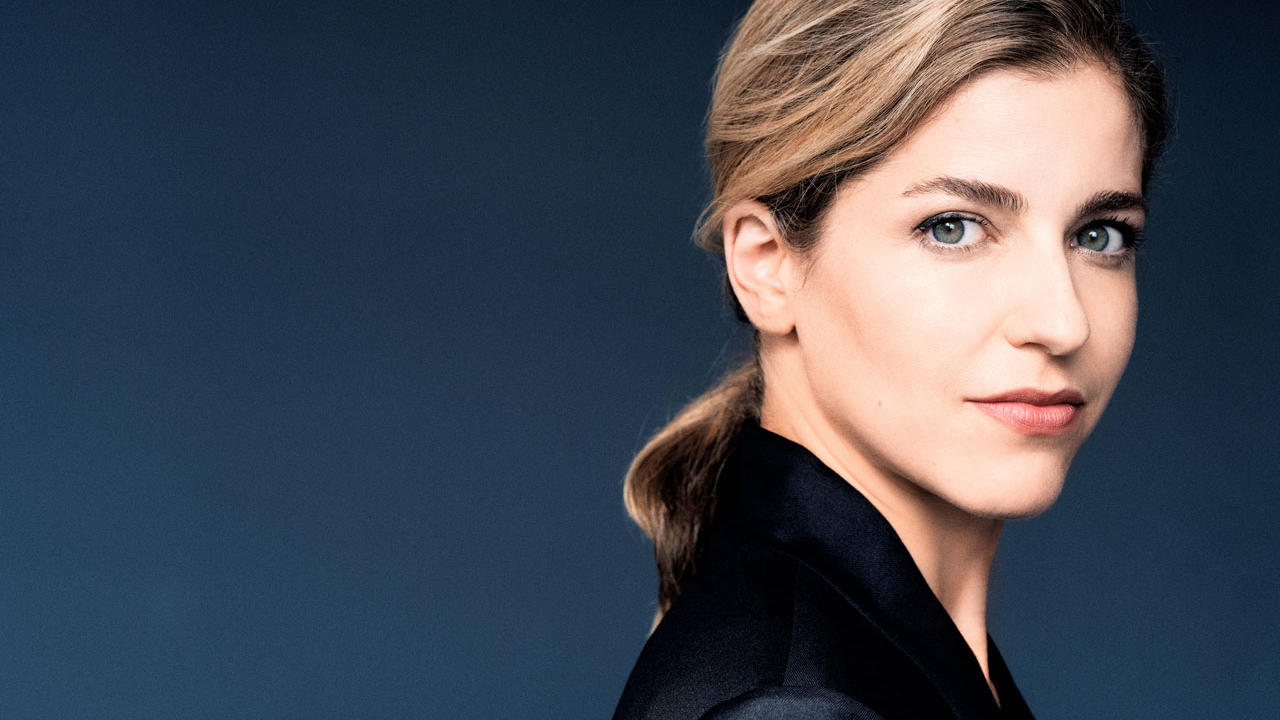