Mozart Under the Bleachers 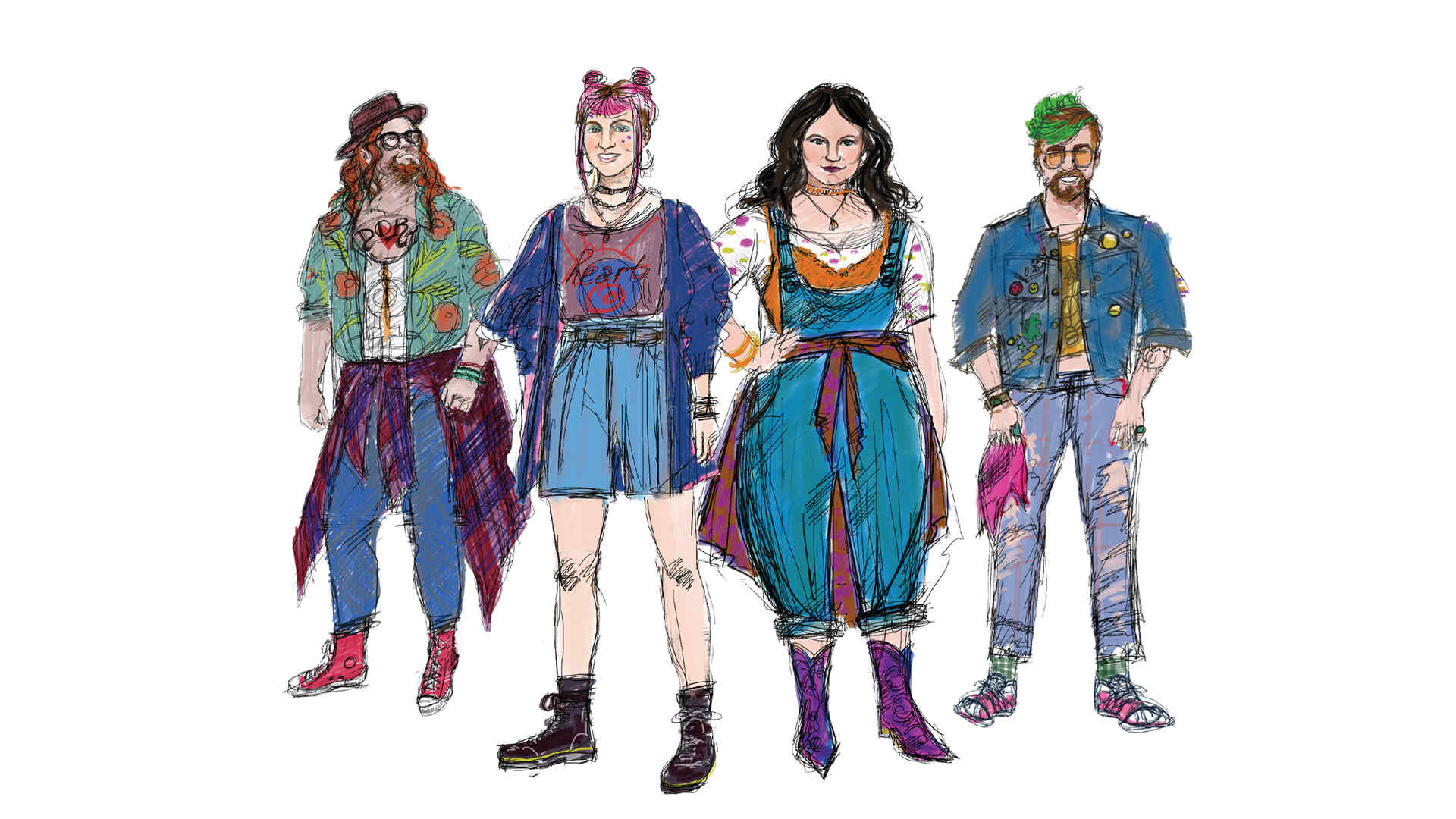 Così fan tutte is subtitled “The School for Lovers”—but this third and last of Mozart’s collaborations with his librettist Lorenzo Da Ponte also provides an excellent education for emerging opera artists. The two couples at the center of the narrative “are young people who are at a juncture of having to figure out who they are and what they want out of love and life,” according to David Paul, who will direct Juilliard Opera’s new production. “They have to make consequential decisions for the first time in their lives, which makes Così remarkably appropriate for what these students are living through.”

The German-born, Brooklyn-based Paul, who is on the Juilliard and Metropolitan Opera’s Young Artist Development faculties, has been thinking a lot about Mozart’s contemporary relevance of late. In afterWARds, which was premiered at Pittsburgh Opera in January, Paul reworked and distilled another coming-of-age opera by Mozart (Idomeneo) to highlight its resonance with current issues.

“Aside from the power of the music, I think Mozart’s greatest attribute as an opera composer is his incredibly modern and incisive view of the human psyche,” the director says, noting that Così in particular is “prescient in its understanding of psychology, of how we try to reconcile guilt with love and pleasure.”

Nimrod David Pfeffer (MM ’16, orchestral conducting) likewise feels a keen affinity for Mozart—as a pianist and as a conductor. An assistant conductor at the Metropolitan Opera and music director of the Lyric Opera Company of Guatemala, Pfeffer will helm the Juilliard Opera production’s musical forces. “Every time I revisit these operas, I discover a different perspective,” says Pfeffer, a native of Israel who’s now based in New York City. In contrast to Mozart’s two preceding collaborations with Da Ponte (The Marriage of Figaro and Don Giovanni), Pfeffer observes that Così is of a more intimate dimension and that it is driven mainly by the psychological interactions of the two couples. He adds, “It’s a special pleasure to collaborate with David, whose wonderfully original vision stems from a deep understanding of the details and demands of both the drama and the music.”

Così was the last of Mozart’s comic Italian operas (it premiered in early 1790, the year before his death), and the score radiates a subtlety characteristic of his late period. With just a few exceptions, the arias and ensembles are set in major keys—yet, Pfeffer says, “within a second Mozart can introduce a harmony to change the mood completely, like a cloud passing through on a sunny day.”

Such nuances make Così a remarkably fulfilling challenge with tremendous payoff. “Contrary to popular view, for the orchestra, Mozart is actually very difficult to play,” Pfeffer says. “Così is a virtuosic opera that requires a combination of vocalism, sense of characterization, and drama. The singers must be able to clearly portray sudden changes of character, even within a single phrase.”

Tweaking the timeworn trope of a wager to prove a lover’s fidelity—Shakespeare used it in Cymbeline—Così fan tutte dramatizes the consequences of a bet made by two younger men, Ferrando and Guglielmo, with the cynical Don Alfonso. Idealistic (or naive—the perspective is all), the men are certain that their respective lovers, besties Dorabella and Fiordiligi, will never waver in their affections. To prove this, the men pretend they have been called to war and return in disguise to attempt to seduce the women. Their efforts prove only too successful.

Especially in the 19th century, the plot made even Mozart’s most fervent admirers sour on Così. Long disdained as immoral and trivial, it had to wait until the second half of the 20th century to find its place in the repertoire. “In the past, people didn’t want to see that kind of behavior on stage,” Paul says. “Today, we’re much more interested in examining the less-seemly aspects of our character and desires, our unspoken and inappropriate wishes. That’s what makes this a very accessible and approachable opera.”

With his design team, Paul set the story in 2019 America among a group of “four artsy, emo kids” who are graduating from high school. Instead of the pretext of a war, the guys are heading off to far-away colleges but have decided to stay engaged to their hometown girlfriends. “These are contemporary, gender-fluid, ‘woke’ kids,” Paul says. “The guys come back as college fraternity brothers. We watch the girls deal with that and fall into old patterns of more traditional gender roles.”

It’s not merely a question of “updating.” Even setting the action just a couple of decades in the past, for example, would fail to convey the directness Paul is aiming for. “There’s no cop-out of a distance that allows us to say, Oh, people were like that back then, but we would never be that way.” The ugliness of the behavior—including the willingness to conduct such a cruel experiment in the first place—can’t be explained away as a matter of different social attitudes.

“We’re interested in examining the less-seemly aspects of our character and desires. That’s what makes this a very accessible and approachable opera”—David Paul

But isn’t there an inherent misogyny to the work, whose title, singling out women, might be rendered “that’s the way all of them act”? “That is the response of someone who has only read the title,” Paul says. “If you watch the opera, you see there are a lot of steps taken by other characters that are just as reprehensible as what the women do.” And in this production Don Alfonso is “rebranded as the homecoming king of seven or eight years ago who never really went anywhere and had his heart broken. He’s got his own ax to grind.”

Così fan tutte explores “the hubris of youth and thinking you know everything,” Paul says. But it also addresses “the hubris of the teacher” in the figures of Don Alfonso and the person who aids him in the scheme, the maid Despina, here reconfigured as a young schoolteacher. “Their hubris is in thinking they understand the emotional fragility of these young people.”

Along with imparting the musical and psychological lessons of working on Così, Paul hopes “to empower the singers to think of themselves as actors and creative contributors to the process rather than puppets of the director.” He also looks forward to collaborating with Pfeffer. “Nimrod is an operatic conductor in the best sense of the word, and he cares about the drama as much as the music, as do I. I’m excited the students will have an experience of working on an exciting, cohesive artistic vision instead of having to try to please two different parents.”