Virgil Thomson's "The Mother of Us All," Presented in Collaboration With The Met Museum of Art and the New York Philharmonic and Featuring Juilliard Singers

NEW YORK –– Juilliard, in collaboration with The Metropolitan Museum of Art’s MetLiveArts performance series and the New York Philharmonic, co-presents Virgil Thomson’s The Mother of Us All on February 8, 11, 12, and 14, 2020, at  7pm, at The Metropolitan Museum of Art in the American Wing’s Charles Engelhard Court. The new, site-specific staging, conducted by Daniela Candillari and directed by Louisa Proske, will feature soprano and alumna Felicia Moore as Susan B. Anthony, singers from Juilliard’s Marcus Institute for Vocal Arts, and musicians from the New York Philharmonic.

Composed by Virgil Thomson with a libretto by Gertrude Stein, The Mother of Us All embodies a range of contradictions that, since the opera’s premiere at Columbia University in 1947, have only become deeper with time. The gaining of women’s suffrage was a great victory, but it was also a gateway to broader struggles over civil rights for women, African Americans, and other racial and sexual minorities.

The production is presented as part of Project 19, the New York Philharmonic’s multi-season initiative marking the centennial of the 19th Amendment. Learn more at nyphil.org/project19.

Recognized as one of today’s leading collaborative pianists, Brian Zeger has performed with many of the world’s greatest singers in an extensive concert career that has taken him to the premiere concert halls throughout the United States and abroad. Recent recordings include Preludios—an album of Spanish songs with Isabel Leonard, a recording of Strauss and Wagner lieder with Adrianne Pieczonka, Dear Theo: 3 Song Cycles by Ben Moore (Delos) with Paul Appleby, Susanna Phillips, and Brett Polegato, and All Who Wander, a recital disc with mezzo-soprano Jamie Barton.

Program Listing:
The Mother of Us All
Music by Virgil Thomson
Libretto by Gertrude Stein 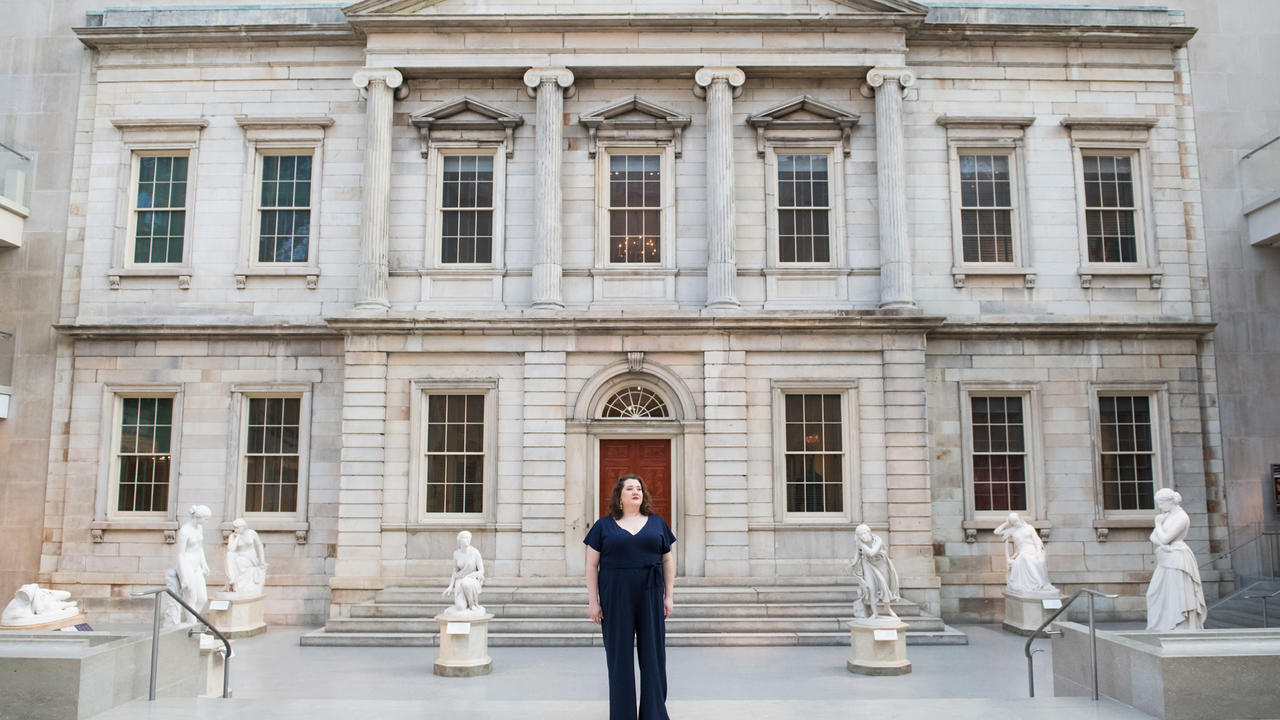 Soprano and Alumna Felicia Moore Is Susan B. Anthony in Thomson's "The Mother of Us All" (photo by Paula Lobo)