’Mother of Us All’ Time Capsule 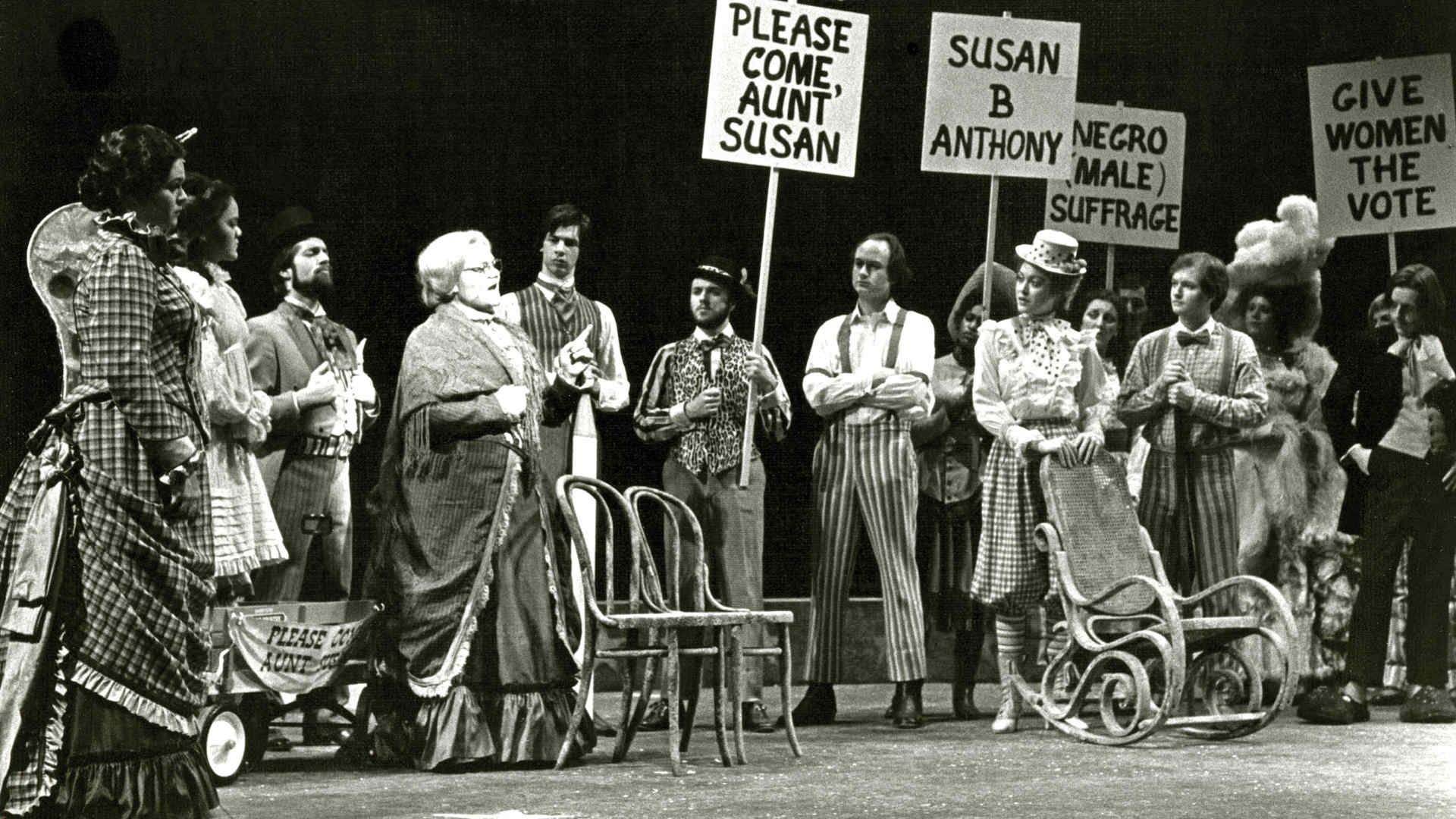 Juilliard’s opera training department presented a workshop production of 'The Mother of Us All' in 1980; Katherine Lakoski (pictured; MM ’80, voice) and Alteouise DeVaughn (’82, voice) performed the role of Susan B. Anthony

Juilliard Archives Time Capsule: The Mother of Us All

This month Juilliard, the New York Philharmonic, and the Metropolitan Museum of Art will co-present the Virgil Thomson-Gertrude Stein opera The Mother of Us All. The production, which will take place at the museum, will feature Felicia Moore (Artist Diploma ’18, opera studies) as Susan B. Anthony, members of the Philharmonic, and Juilliard voice students.

The opera, which Thomson composed to a libretto by Stein about early women’s rights activist Susan B. Anthony, premiered in 1947 at Columbia University. On February 29 and March 1, 1980, Juilliard’s opera training department presented a workshop production of The Mother of Us All, with Richard Fletcher conducting. Stage director David Ostwald (faculty 1977–80) wrote the following program note: "The Mother of Us All is a portrait of Susan B. Anthony. It is a history of the women’s rights movement; an American history with time removed to make the elements stand out more clearly. It is a study of the questions of power, of politics, of property, and of identity in relation to the position of women. It is an exploration of men and women together. Juxtaposed as they are into a Cubist collage, these questions have been the basis of our ‘Three-Ringed American Political Circus’ production of this work.”

Thomson composed three operas: Four Saints in Three Acts (1928), The Mother of Us All (1947), and Lord Byron (1966), which the Juilliard American Opera Center premiered in 1972. (Click here to see an archival photo from a rehearsal for Lord Byron.)

Readers: Do you remember this production? Tell us about it at [email protected].

Jeni Dahmus Farah is director of the Juilliard Archives