A Collaborative Homage to Shakespeare 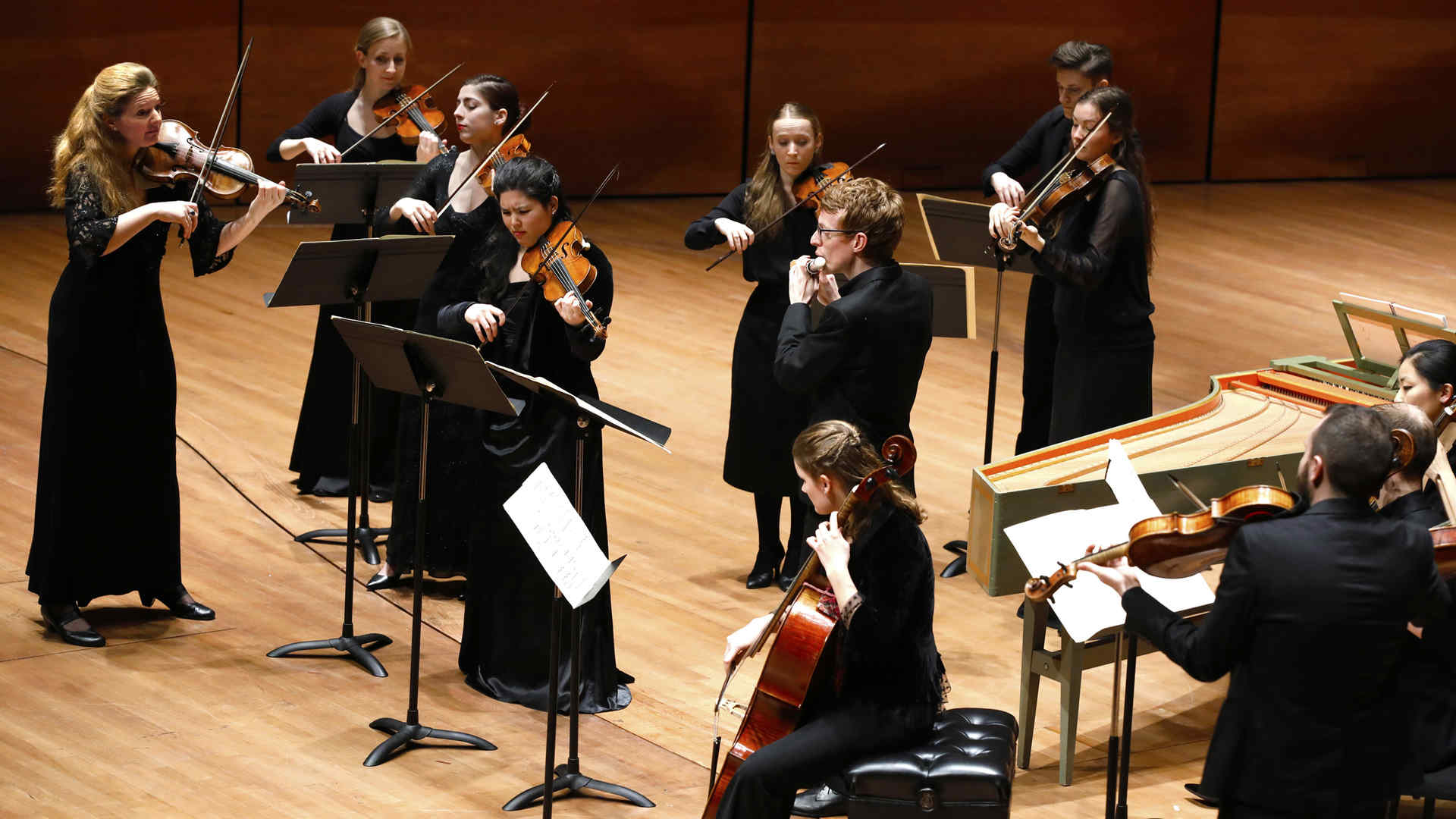 London experienced a vibrant creative reawakening 360 years ago, when the Restoration displaced the Puritan Interregnum, ending 18 years of harsh cultural policies that locked theater doors across the city. The result was an exciting wealth of revival performances of beloved works, including those of William Shakespeare (1564–1616), which were infused with new music, expanded text, and Vegas-worthy spectacle.

On March 28, baroque violinist Rachel Podger will team up with Juilliard vocal arts, drama, and historical performance students for a kaleidoscopic program of words and song, along with music from the Restoration inspired by Shakespeare. Just one week after the spring equinox, this collaboration will celebrate the verdant, and first, Shakespearean revival with music from composers including John Banister, Thomas Arne, and Henry Purcell.

We all may know a Hamlet, a Puck, a Romeo and a Juliet. Buzzfeed’s “Which Character From Shakespeare Are You?” quiz revealed that I’m Beatrice from Much Ado About Nothing (sweet). Relatable, raw, and desperately human, Shakespeare’s characters have whispered to the very core of each generation over the past 400 years, inspiring as much creative output as intimate, inner reflection.

In 1957, Duke Ellington brought a show based on his album Such Sweet Thunder to the Stratford Festival in Ontario, Canada. The album was, Ellington wrote in the festival souvenir book, a “series of vignettes, a musical encapsulation of 12 Shakespearean characters that plumb the complex depths of human culture, relationships, and identity.” Many people, he added, “fear that as members of an audience, whether for Shakespeare, jazz or chamber music, their reaction will reveal them as insufficiently informed, or possibly unaware of the sensitivities one might acquire to savor completely the subtleties of a performance. Anybody who listens to a beautifully performed symphony for the first time gains something from it. The next time he hears it, he gains more; when he hears the symphony for the hundredth time, he is benefited to the hundredth power. So it is with Shakespeare.”

Shakespeare came of age when famine, epidemics, war, and brutal religious tensions were palpable aspects of everyday life, much as they are today in many parts of the world. Speaking as much to subsequent generations as they did to his own, the complexities of characters like King Lear and Prospero offer us space to consider our own actions, and the fantastic worlds of Twelfth Night and A Midsummer Night’s Dream offer audiences a much-needed break from realities that can be harsher than myth.

A century later, as England was emerging from a decade of civil war and Puritan rule, with its bans on theater and general merriment, it’s no surprise that theatergoers devoured new productions of Shakespeare’s work. Composer Pelham Humphrey, whose music is featured in this program, provided the music for William Davenant and John Dryden’s 1676 production of The Tempest. The stage directions specify that “The Front of the Stage is open’d, and the Band of 24 Violins, with the Harpsicals and Theorbo’s which accompany the Voices, are plac’d between the Pit and the Stage.” This must have been quite the spectacle, mirroring the Vingt-quatre Violons du Roy of Versailles and loudly underscoring the end of Puritan restrictions on theatrical productions.

“Rachel Podger is one of the most generous and engaged performers that I have ever had the pleasure of playing with,” says our own theorbist, Joshua Stauffer, about this collaborative, celebratory homage to the timelessness of Shakespeare’s work.

Second-year master’s bassoonist Georgeanne Banker holds a Historical Performance Scholarship; she also wrote about this production in the March Playbill

This concert has been postponed