Collective Honored for Work With Refugees 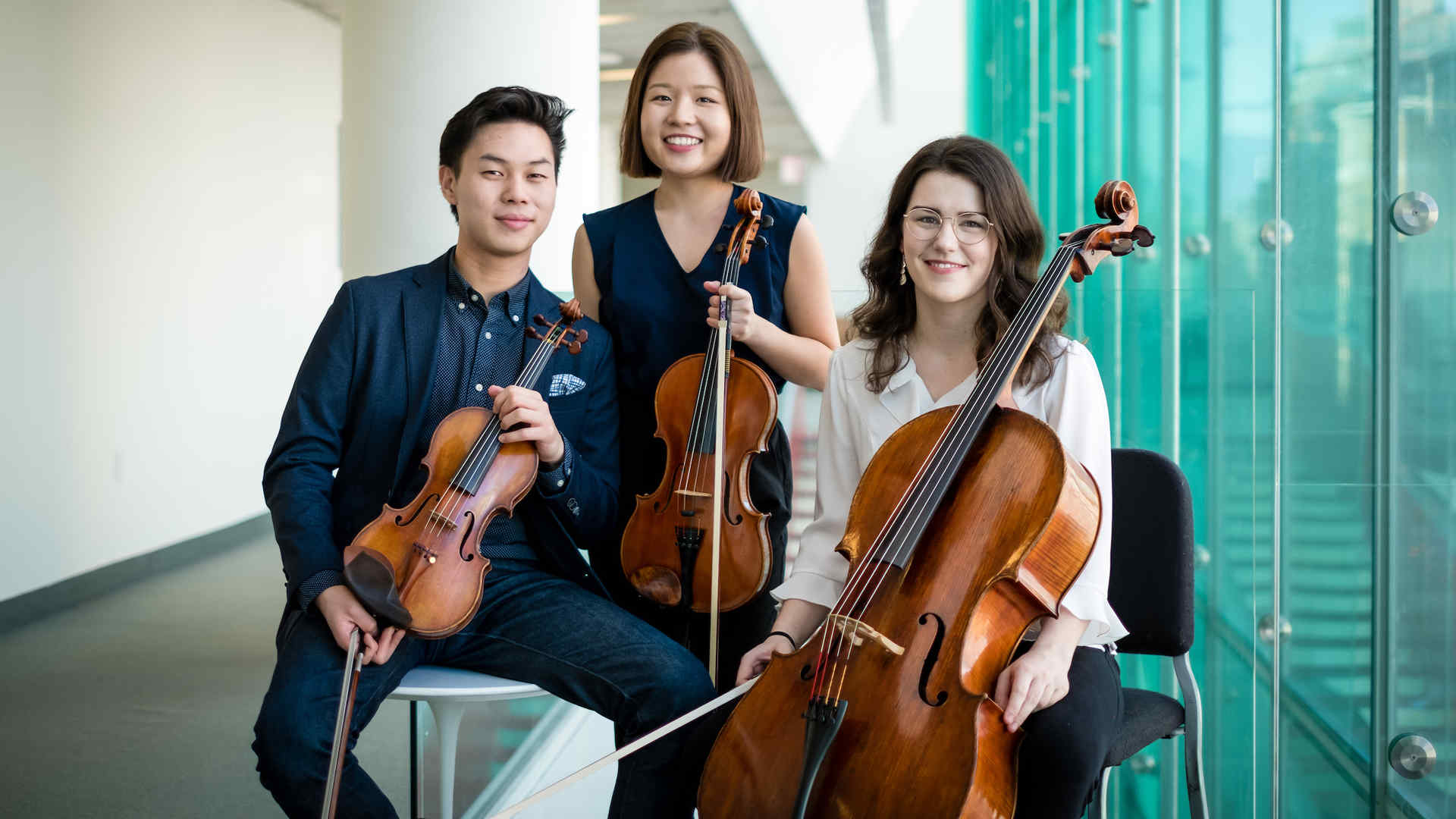 This year’s McGraw Family Foundation Robert Sherman Award for Music Education was awarded to Drake Driscoll (MM ’20, cello), artist diploma violinist Timothy Chooi (MM ’19), and Sarah Sung (BM ’20, viola) for the work of the ensemble they co-founded, the Vision Collective. The award is given to a current student or recent graduate from Juilliard’s Music Division who has shown significant leadership in arts education and/or community outreach.

In acknowledgment of the pandemic’s economic consequences, this year, the award’s accompanying prize has been increased to $20,000. The money goes to the Vision Collective to advance its mission to build “meaningful relationships with and among refugees and new Americans by sharing and exchanging music between diverse communities.” The members plan to use the prize money to finance the creation and recording of their first album, featuring work by refugee and immigrant composers. It will also help fund two upcoming trips—postponed due to COVID-19—to refugee camps in Germany and Greece, furthering the Vision Collective’s long-term goal of establishing sustainable music programs in refugee camps around the world.

The announcement came by way of WQXR’s Young Artists Showcase. The long-running radio show is hosted by Robert Sherman, for whom the award is named. The show also featured/will feature music by the Collective’s founders.

Driscoll, Chooi, and Sung met through their Chamber Music Community Engagement class at Juilliard and quickly bonded over a mutual interest in work with refugee and immigrant communities. Originally called the Vision Trio, the group changed its name to reflect its expansion, and is now made up of eight composers and performers from around the globe—many of them alums and current Juilliard students.

“Receiving this award feels surreal,” said Driscoll, who is executive director of the Vision Collective. “We have seen firsthand how music can heal and bring people together. These two things are central to the work that we do, and we believe that the world needs this now more than ever.”