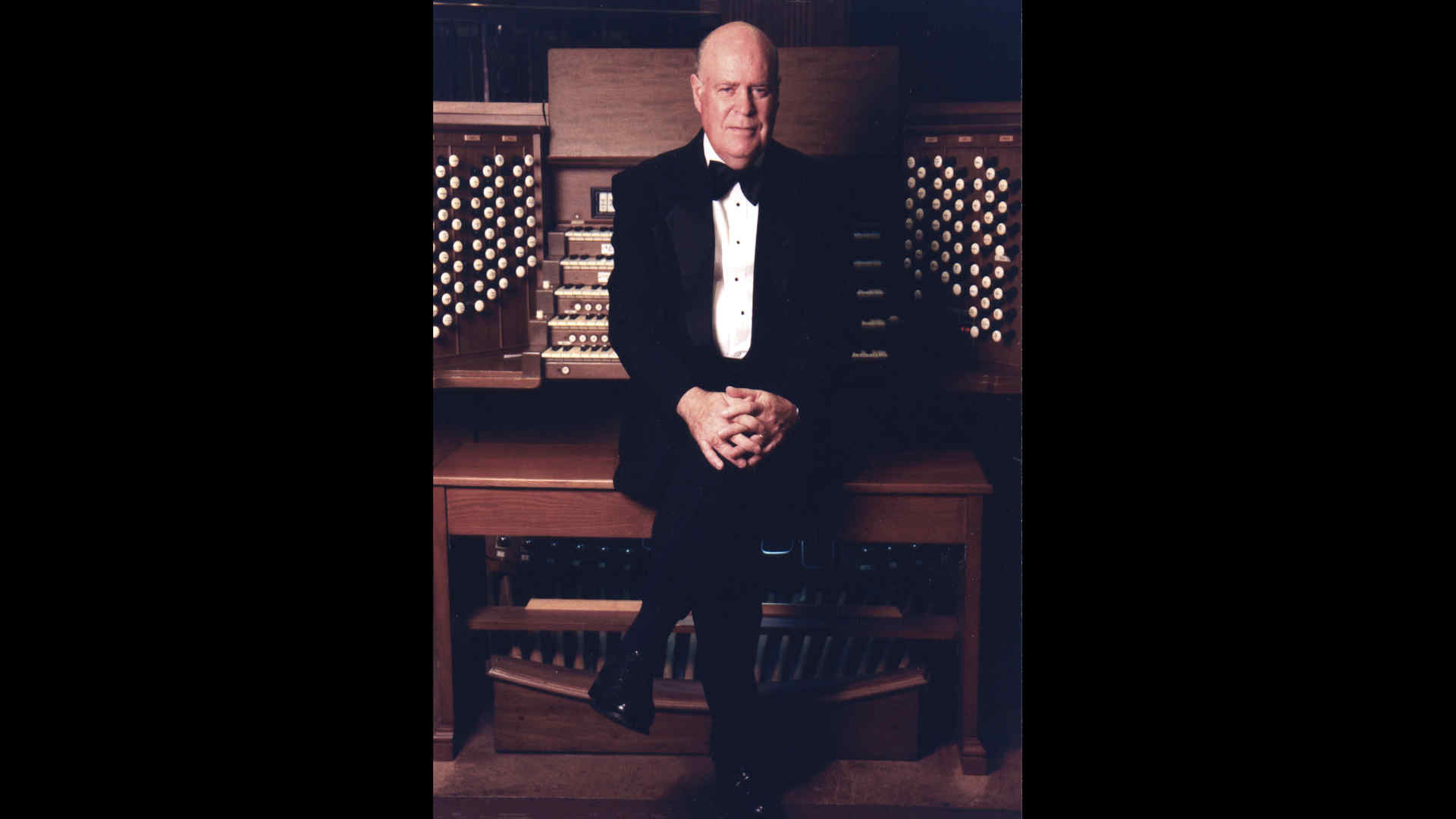 “Organ playing should be exciting—this is rule number one. And if you have to break all the other rules, so be it!”

John Weaver (organ department chair, 1987-2004), died February 1. Born April 27, 1937, Weaver got his bachelor’s at Curtis Institute of Music, where he also would chair the organ department, and a master’s at Union Theological Seminary. He also taught at Westminster Choir College and Manhattan School of Music, and he served as director of music at Madison Avenue Presbyterian Church (1970-2005). He is survived by his wife, Marianne; daughter, Kirianne; and other family members. Paul Jacobs, who succeeded Weaver as chair of the Juilliard organ department, paid tribute to his teacher.

By Paul Jacobs
At the organ console, John Weaver resembled a large kid playing in a tiny sandbox, but his imposing physical stature belied a modest nature and genteel personality. He never actively sought the limelight. But accolades steadily accrued over a long performing career as one of the most celebrated organists of his generation.

Given the complex nature of the organ, those who play it are often drawn to other intricate pieces of technology. Some are into planes, others antique cars. But John Weaver loved trains. His own elaborate model set-up was once featured in O-Gauge Railroading magazine. He relished his weekly Amtrak commute from New York to Philadelphia for teaching. And for years, a sketch he made of a locomotive hung on a bulletin board in the Registrar's office.

As a teacher, Weaver’s influence on the American organ scene was profound. Generations of students, including myself, eagerly absorbed his ideas. Having spent two years at the West Point Military Academy, John was a stickler for punctuality and order. He preferred students to play from memory, even in lessons, to ensure every note was thoroughly considered.

But he was hardly rigid when it came to musical interpretation. “Organ playing should be exciting—this is rule number one,” he would say, “And if you have to break all the other rules, so be it!” Unlike other performers of his generation, he preferred to play Bach on a modern pipe organ and exploit more contemporary resources like expression boxes. He was not a purist, and he never imposed his own style on his students. Rather, he magnified individual strengths and helped students develop their own unique voices and a personalized approach to the instrument.

John gave differently but generously to each student, and a few years ago, I expressed the impossibility of repaying him for everything he had done for me. He replied, “Don’t try, you can’t. But do it for others.”