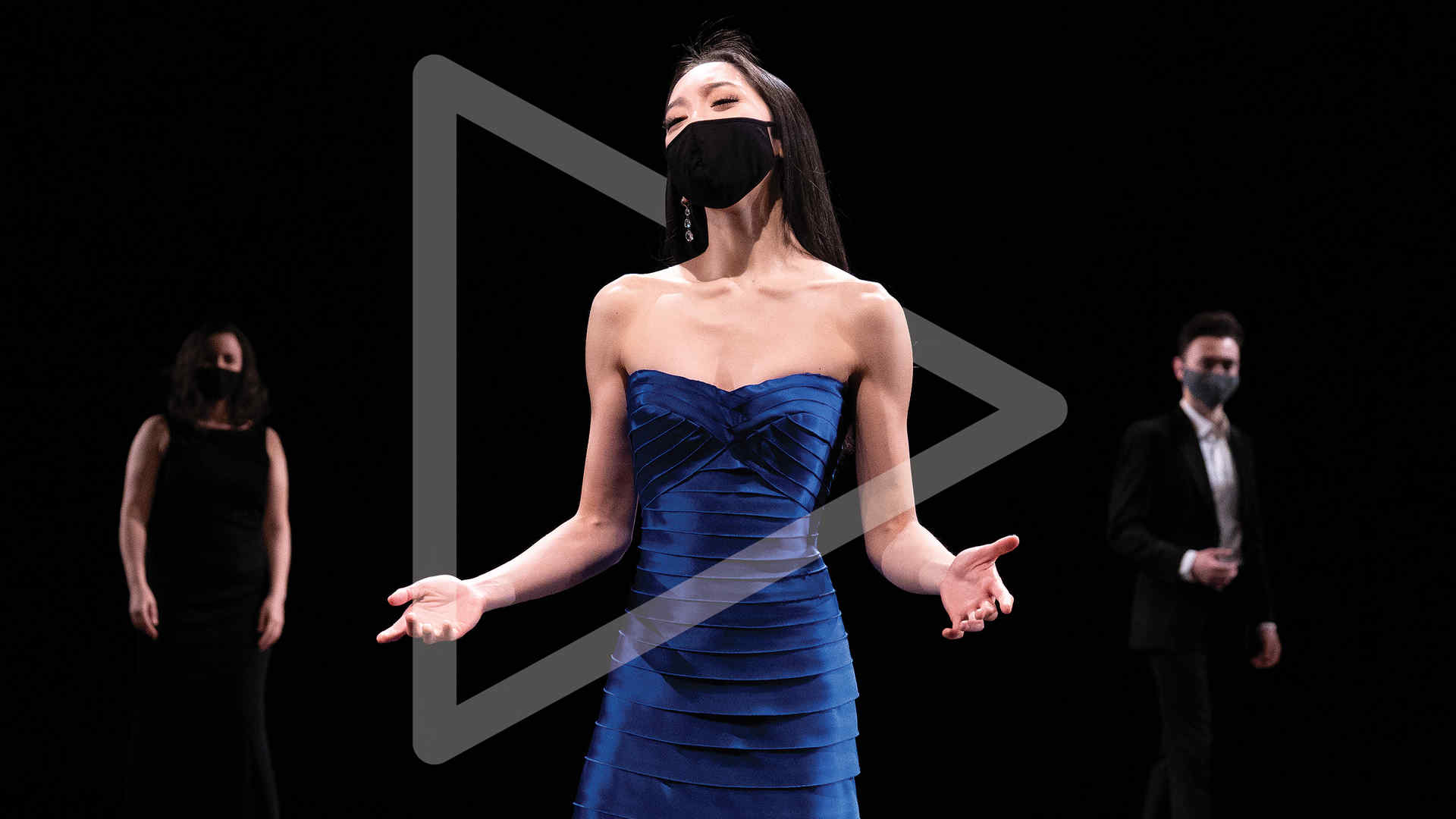 Juilliard LIVE, a new streaming initiative offering student performances from all three divisions, launches April 13. Part of the school’s long-term strategic plan, the program was accelerated when indoor performances were halted due to the pandemic. With its mix of livestreamed and on-demand content, Juilliard LIVE has expanded student performance opportunities and increased accessibility to the performing arts for audiences around the world.

The first performances will be available on-demand starting April 13 at juilliard.edu/live; they will also be added to the Juilliard website media gallery and the Juilliard YouTube channel. They are offered in addition to the student recitals that began being livestreamed in January. In all, more than 250 ensemble performances and recitals will have been streamed by the time the school year ends, in mid-June.

“Over the past year, our students, faculty, and staff have consistently demonstrated both artistry and creative innovation, even under the most difficult circumstances,” Damian Woetzel, Juilliard’s president, said in announcing Juilliard LIVE. “Since starting a year ago with Bolero Juilliard, our first major foray onto the digital stage, the momentum has continued as we have found new ways to craft artistically meaningful performances. As a next step we now can through Juilliard LIVE make these performances accessible to a global audience via on-demand programming and livestreaming, which is vitally important for our students as they prepare to launch into their careers as the performing artists of the future.”

Here’s a list of the April performance livestreams with the dates they are slated to become available. You can find links to them as well as to student recitals at juilliard.edu/live.

ChoreoComp
Begins streaming April 14 and 15
Choreographers and Composers is a cross-divisional course that pairs dance and composition students to create original works. The performances of those works were recorded in January and will stream in two programs. The choreographer/composer teams and their works are Ellis Hatch/Horacio Fernández Vázquez (FLARE), Aaron Choate/Yangfan Xu (Touching the Sun), Katie Jenkins/Scott Autry (my tears become the tide), Morgan Chase/Iván Enrique Rodríguez (Standpoint), Cyrie Topete/Nick Marsella (Folds in Familiarity), Hannah Ishizki/Holden Cole (Still a Bell).

Teseo
Begins streaming April 20
This collaboration between Vocal Arts and Historical Performance consists of arias from Handel’s opera Teseo. Since safety restrictions prevented a fully staged production, this performance was filmed through an elaborate system of microphones, speakers, and video monitors connecting multiple spaces, using creative lighting to create the look of a set. Captured over 10 days in the Sharp Theater and other locations on campus, Teseo was directed by Stephen Wadsworth and conducted by Gary Thor Wedow. Toward Handel’s Teseo, a documentary about the making of the opera, will begin streaming April 21.

Juilliard Orchestra Musicians
Begins streaming April 29
David Chan conducted some of the orchestra members in George Walker’s Lyric for Strings and Britten’s Prelude and Fugue, Op. 29. The performance was recorded in December.