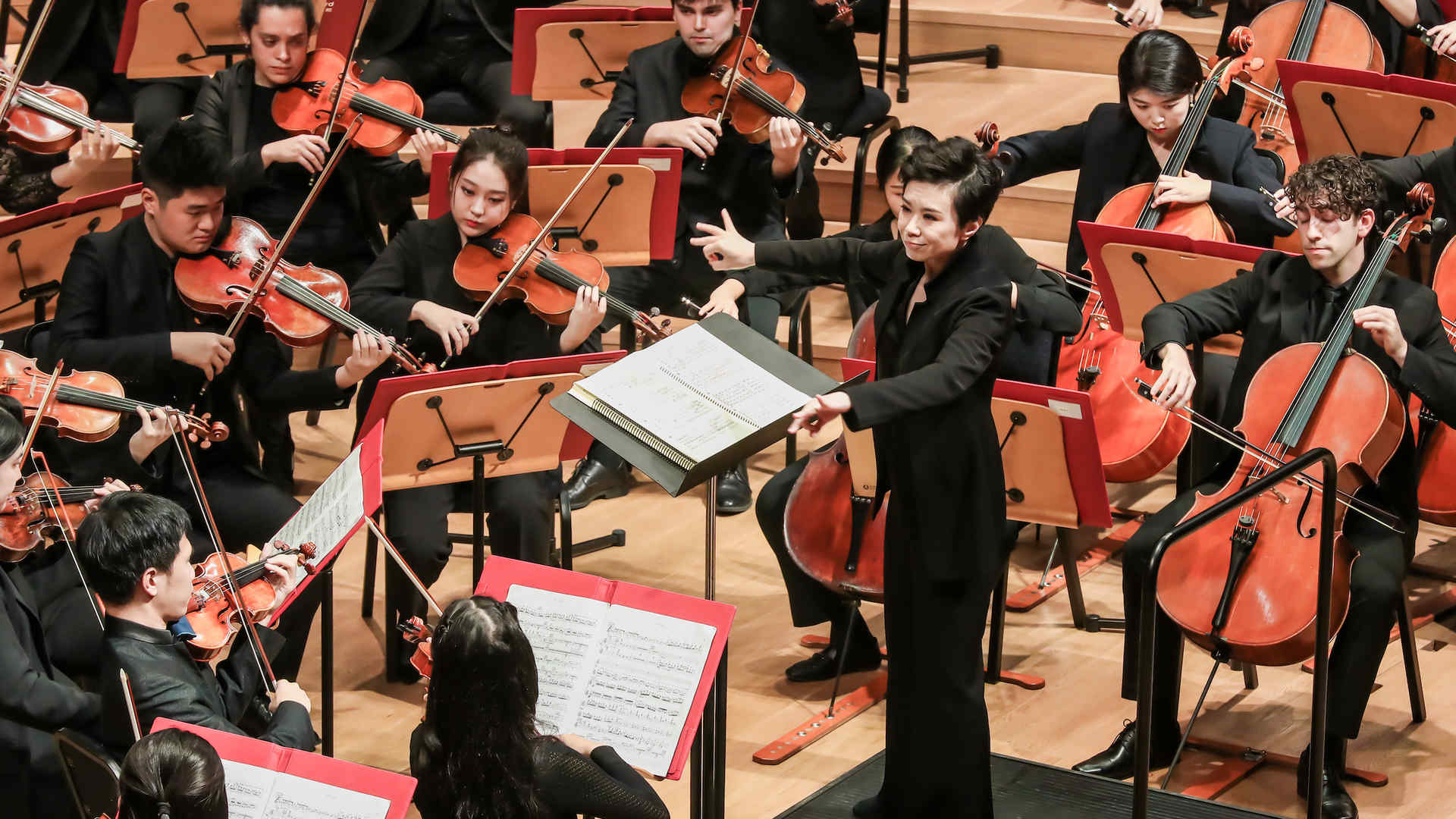 This marked a historic milestone for music education and cultural exchange between the U.S. and China, promulgating the spread of Juilliard’s rich tradition of excellence in performing arts education throughout Asia as the first performing arts institution in China to offer a U.S.-accredited Master of Music degree.

Juilliard’s president, Damian Woetzel, praised the “stunning architectural achievement” in the state-of-the-art 350,000 square-foot center for performance, practice, research, and interactive exhibitions located in Tianjin’s new Binhai district—less than an hour away from Beijing by high-speed rail—which serves to concretize a greater vision for a global Juilliard. “As the bond grows between our New York and Tianjin campuses, we will continue to shape the future of music and of the arts on an international scale,” he added.

The dedication culminated a complex initiative that joined numerous partners and school and local officials from across China and the U.S., many of whom were in attendance for the dedication ceremony and celebration concert on Tuesday. Speaking to guests at the ceremony in Tianjin, Joseph Polisi, Juilliard’s president emeritus and chairman of the TJS board, said, “As we commemorate the official opening of this magnificent building, designed by Charles Renfro and his team from Diller Scofidio + Renfro, we should also understand that any school building only comes alive when students, faculty, and staff coalesce to create an environment infused with creativity, imagination, determination, and discipline; a spirit we wish to sustain and nourish at this unique school for many decades to come.” Prior to this speech, Polisi was made an honorary citizen of Tianjin in honor of his valuable contributions in establishing TJS, thereby providing an important platform for cultural exchange between China and the U.S.

In keeping with Polisi’s apprizal, the ceremony came alive with a concert, appropriately titled Music Without Boundaries, featuring performances by the Tianjin Juilliard Brass Ensemble, Tianjin Pre-College pianist Yenfei Wang, and the Shanghai Quartet. In the evening, guests attended a celebratory concert led by Chen Lin, the director of the conducting department at the Central Conservatory. The repertoire included the Tianjin Juilliard Orchestra in former Juilliard president William Schuman’s American Festival Overture, selections from Bao Yuankai’s Chinese Sights and Sounds, and selections from Tchaikovsky’s Symphony No. 5. The performance took place in the Tianjin Juilliard Concert Hall.

Juilliard broke ground for TJS, Juilliard’s first overseas branch, in June 2017. The campus was designed to capture the spirit of Tianjin while creating an architectural connection to Juilliard in New York City, which was also designed by Diller Scofidio + Renfro. Envisioned as a model of the 21st-century conservatory, the building has four pavilions with performance spaces and an open lobby that, along with other communal spaces on the campus, allows people to see students and faculty at work in practice rooms and studios, drawing the public into the creative process and performance of music and echoing Juilliard’s emphasis that artists of our time must play active roles as leaders within their communities.

The choice of October 26, 2021, for the ceremony and celebration in Tianjin continued an auspicious tradition that emphasized the connection to Juilliard in New York. October 26, 1969 was the official dedication of the Juilliard building in New York’s Lincoln Center. Though that was more than 50 years ago—and Juilliard’s legacy traces back to the beginning of the 20th century—it’s still only the beginning. “Joseph Polisi’s original vision and unbridled passion for the project paved the way for the artistry and community we celebrate today,” said Alexander Brose, executive director and CEO, of TJS. “The school will inspire future generations of students and audiences alike in the years to come.”