The $100,000 award will support a new program, Composing Inclusion, to develop nine new, flexible works with Black and Latinx composers

NEW YORK––The Juilliard School’s Preparatory Division, in partnership with the New York Philharmonic and the American Composers Forum (ACF), has been selected by the Sphinx Organization as a recipient of a 2022 Sphinx Venture Fund grant. The $100,000 award will catalyze the first two years of a partnership designed to bring together multiple generations, musical levels, perspectives, and community members in the creation and performance of new music. The program, named Composing Inclusion, will commission nine composers who identify as Black and/or Latinx to create “flexible” or adaptable scores for different musical levels in collaboration with the young and seasoned musicians. The nine commissions will all receive New York side-by-side premieres; there will be five pieces for orchestra and four for chamber ensembles.

The collaboration was initiated by Weston Sprott, dean of the Juilliard Preparatory Division. “We are thrilled to receive this grant, which will have a significant impact on the classical music field and establish a paradigm for inter-generational collaboration that centers inclusion and artistic excellence,” Sprott said. “I extend my sincere thanks to Sphinx and our partners—the New York Philharmonic and American Composers Forum—for their commitment to the success of this project in the years to come. We can’t wait to get started.”

“We are immensely excited about the ethos and energy behind this collective effort to evolve the classical American canon,” said Afa S. Dworkin, Sphinx Organization president and artistic director. “Weston’s artistic vision is compelling and we are honored to support this critical collection of partners in carrying it out.”

Composing Inclusion will connect students from Juilliard’s Preparatory Division—whose Music Advancement Program (MAP) celebrates its 30th anniversary this season--and student composers from the New York Philharmonic Very Young Composers Program (VYC), which celebrates its 25th anniversary this season, with nine composers selected and supported with the American Composers Forum. These composers will create the new works for a variety of ensemble types, resulting in five orchestral pieces, one string quartet, one woodwind quintet, one brass quintet, and one percussion ensemble piece. The works will be premiered by the New York Philharmonic and Juilliard Preparatory Division students, and they will be published and shared with professional ensembles throughout the country who have established partnerships with youth music programs. All nine composers will be selected and commissioned in 2022 and 2023, with the first premiere taking place in New York in an upcoming season.

“We are excited about the impact this initiative will have on the Philharmonic and the many young, talented musicians with whom we collaborate each season,” said Gary Padmore, New York Philharmonic’s director of education and community engagement. “Through these rich artistic experiences, we will collectively celebrate and amplify the works of living Black and Latinx composers. This is only the beginning.”

“This is a meaningful commitment from the Sphinx Venture Fund and our partners to developing music reflective of New York today, and we are so grateful,” shared Vanessa Rose, president and CEO of American Composers Forum. “We are looking forward to being a part of a collaborative process that centers living Black and Latinx composers and includes different perspectives on what is—and who creates—Western classical music.”

Juilliard’s Preparatory Division students will have the opportunity to contribute their ideas to the composers during the creative process, and to perform the resulting works side by side with New York Philharmonic musicians. The Preparatory Division—Pre-College and MAP—serves approximately 370 young musicians 8-18 years old. The Pre-College program is a comprehensive conservatory-style music program for students who exhibit the talent, potential, and ambition to pursue serious music study at the college level. The Music Advancement Program, led by Anthony McGill, artistic director, serves intermediate and advanced music students from New York City’s five boroughs and the tristate area who demonstrate a commitment to artistic excellence. The program actively seeks students from diverse backgrounds underrepresented in the classical music field and is committed to enrolling the most talented students regardless of their financial background.

American Composers Forum (ACF) will oversee the selection of composers and support the commissioning and creative process. In addition, ACF will help publish and promote the music as well as the model and learnings from the collaboration to its vast network of artists, educators, administrators, and community leaders. For more than 20 years, ACF has commissioned composers in residence with youth programs from which more than 1.6 million students nationwide have played published works by a diversity of music creators.

The New York Philharmonic will engage its musicians, partners, and teaching artists in the creation and performance of these works, which will mark the first time that Philharmonic musicians and Juilliard Preparatory Division students will perform side by side. Additionally, the composers who participate in VYC will contribute ideas during the creative process and will have the opportunity to be mentored by the professional composers. The New York Philharmonic Very Young Composers Program is an after-school program that teaches children with or without previous musical training to create, notate, and experience their very own music performed by Philharmonic musicians.

About The Juilliard School
Founded in 1905, The Juilliard School is a world leader in performing arts education. The school’s mission is to provide the highest caliber of artistic education for gifted musicians, dancers, and actors, composers, choreographers, and playwrights from around the world so that they may achieve their fullest potential as artists, leaders, and global citizens. Juilliard is guided in all its work by the core values of excellence; creativity; and equity, diversity, inclusion and belonging (EDIB).

About New York Philharmonic
The New York Philharmonic connects with up to 50 million music lovers each season through live concerts in New York and around the world, as well as broadcasts, recordings, and education programs. In the 2021–22 season, the Philharmonic presents concerts at Alice Tully Hall and the Rose Theater at Jazz at Lincoln Center’s Frederick P. Rose Hall, during the renovation of David Geffen Hall, scheduled to reopen in fall 2022.

Founded in 1842, the New York Philharmonic is the oldest symphony orchestra in the United States, and one of the oldest in the world. Jaap van Zweden became music director in 2018–19, succeeding titans including Bernstein, Toscanini, and Mahler.

About American Composers Forum
ACF supports and advocates for individuals and groups creating music today by demonstrating the vitality and relevance of their art. We connect artists with collaborators, organizations, audiences, and resources. Through storytelling, publications, recordings, hosted gatherings, and industry leadership, we activate equitable opportunities for artists. We provide direct funding and mentorship to a broad and diverse field of music creators, highlighting those who have been historically excluded from participation.

Founded in 1973 by composers Libby Larsen and Stephen Paulus as the Minnesota Composers Forum, the organization continues to invest in its Minnesota home while connecting artists and advocates across the United States, including its territories and the sovereign Native nations. ACF frames our work with a focus on racial equity and includes within that scope, but does not limit it to: diverse gender identities, musical approaches and perspectives, religions, ages, (dis)abilities, cultures, backgrounds, sexual orientations, and broad definitions of being “American.” Visit www.composersforum.org for more information.

About the Sphinx Organization
The Sphinx Organization is the social justice organization dedicated to transforming lives through the power of diversity in the arts. Sphinx's four program areas—Education & Access, Artist Development, Performing Artists, and Arts Leadership—form a pipeline that develops and supports diversity and inclusion in classical music at every level: music education, artists performing on stage, the repertoire and programing being performed, the communities represented in audiences, and the artistic and administrative leadership within the field.

Sphinx programs reach more than 100,000 students and artists, as well as live and broadcast audiences of more than two million annually. Read more about Sphinx’s programs at www.SphinxMusic.org. 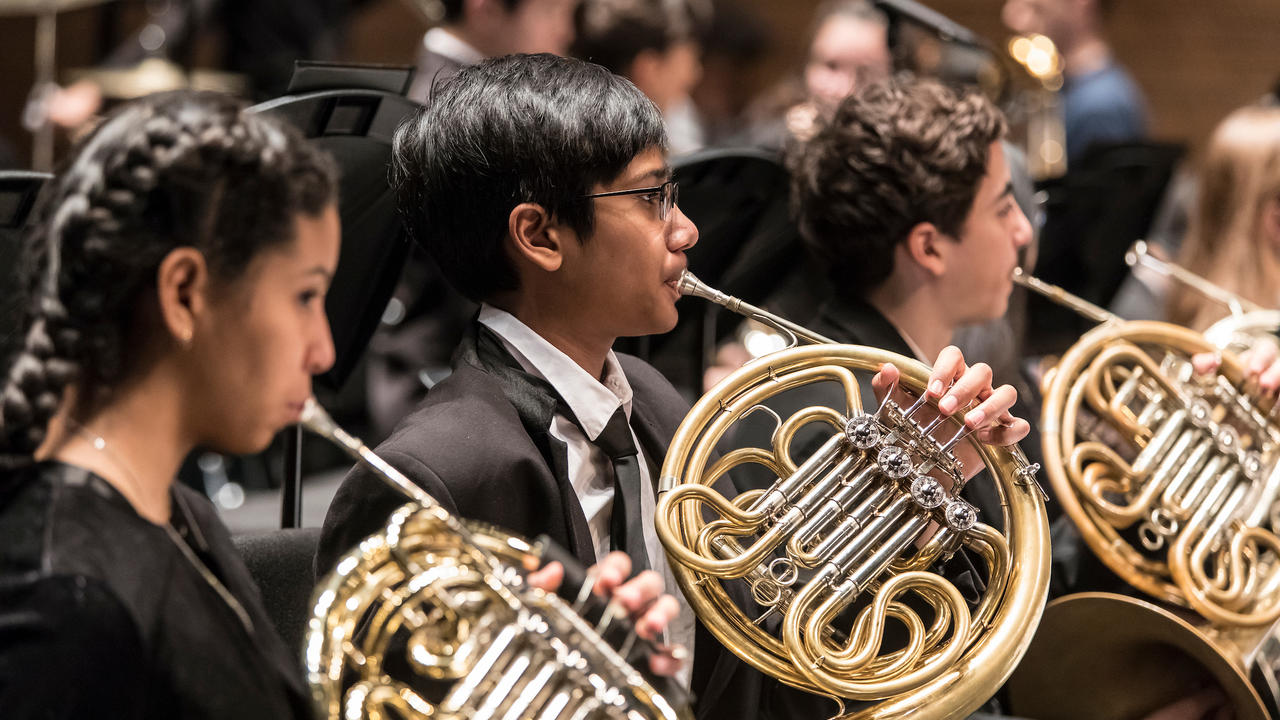