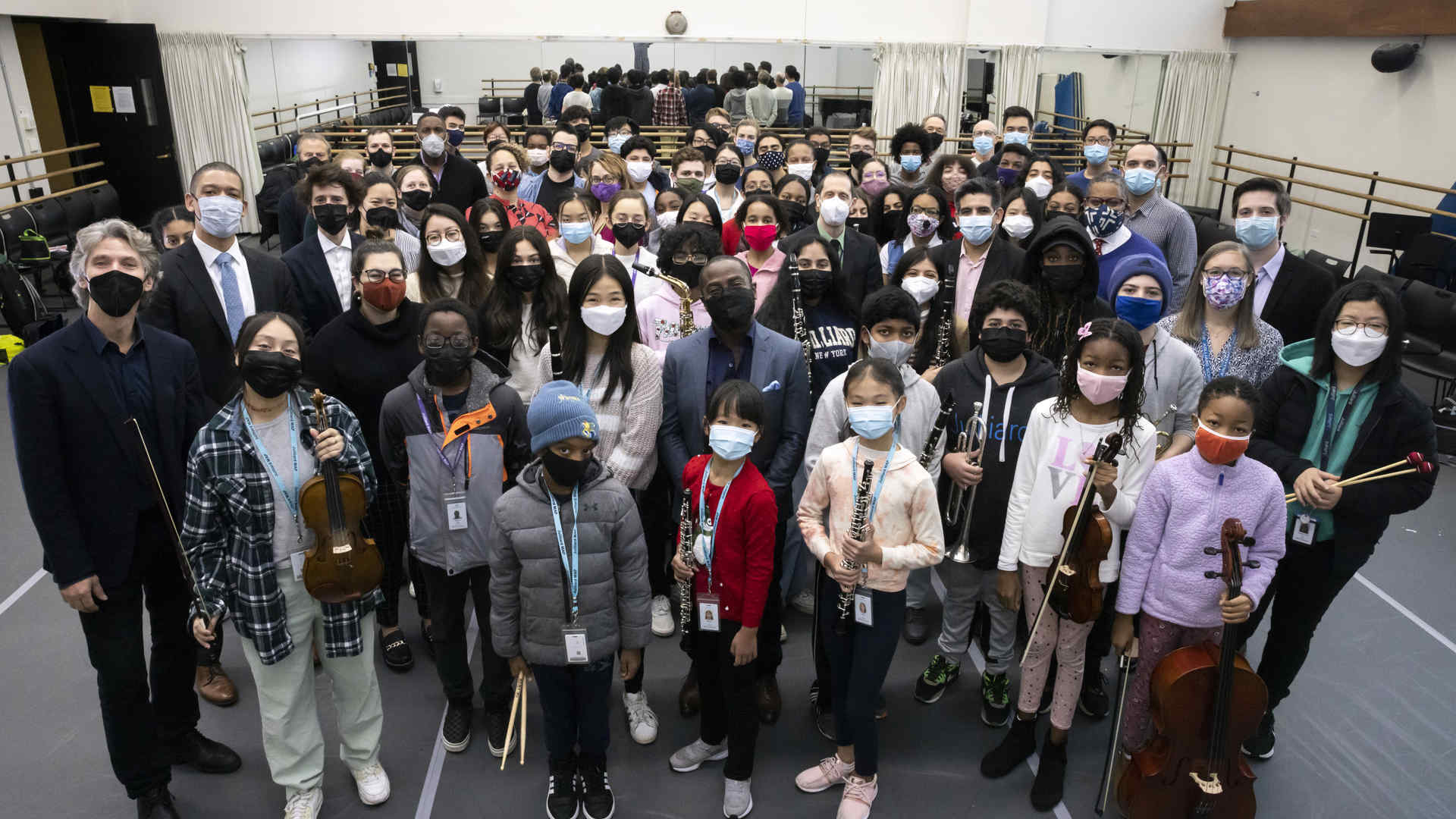 A transformational gift will permanently fund tuition for the Music Advancement Program (MAP), President Damian Woetzel announced today. The $50 million endowment grant comes from the Crankstart Foundation, which was founded by Michael Mortiz and Harriet Heyman. In 2012, the couple gave $5 million to stabilize MAP following the 2009 economic downturn. This gift allows the program to expand and affect “a staggering number of students,” said Anthony McGill, MAP’s artistic director.

A Saturday music program for students ages 8–18 now celebrating its 30th anniversary, MAP was created to increase access to arts education for communities historically underserved and underrepresented in classical music. It enrolls intermediate and advanced music students from the five boroughs and the tristate area who demonstrate a commitment to artistic excellence.

In addition to providing full-tuition scholarships for all MAP participants, the grant will provide the funds to expand recruitment efforts and increase enrollment from 70 to 100 students. Also being funded are increased faculty and staff, support for guest artists, and an instrument fund. In addition, the grant envisions a program for students in earlier stages of their musical development that will serve as an extension of the MAP model.

“We are deeply grateful for Crankstart’s extraordinary commitment to the future of MAP and, with it, the future of music,” Woetzel said. “MAP is dedicated to addressing inequities in access to classical music education, and this gift will have a tremendous ripple effect in our community and in the music world writ large.”

Harriet Heyman of Crankstart praised Juilliard’s “commitment to preparing students from diverse backgrounds for roles as top-flight musicians in leading orchestras and ensembles around the world.” Noting that “the proportion of Black and Hispanic musicians in professional orchestras is only four percent,” she said that “MAP’s commitment to recruiting  underrepresented minorities will help bring new spirit as well as superb young musicians to orchestras, concert halls, and theaters everywhere.”

“At MAP, we discover and encourage young talent, foster a community of compassionate citizens, and celebrate the power of music,” said Anthony McGill, who’s also the principal clarinet of the New York Philharmonic and has been artistic director of MAP since 2019. “Harriet Heyman and Michael Moritz’s generosity broadens our reach, expands the artistic and educational possibilities for these talented musicians, and opens pathways for them as artists and future leaders in the world.”

MAP is part of Juilliard’s Preparatory Division along with Pre-College, a global program serving advanced students. The division’s dean since 2019, Weston Sprott, said, “Thanks to Crankstart, MAP’s reach can now extend further, offering more aspiring young musicians and their peers the opportunity to study in a supportive environment with our accomplished faculty.” Sprott, a trombonist in the Metropolitan Opera Orchestra, “looks forward to continuing to nurture the talents of these young musicians, and as with all of our students in MAP and Pre-College, preparing them to reach their fullest potential as artists and citizens.”

“Attending MAP as a child was a defining moment that ultimately led to the career I am so proud to be enjoying today,” said Nathalie Joachim (MAP ’96; Pre-College ’01; BM ’05, flute; former faculty).“The impact it had and the community it provided are still palpable, and my appreciation for the work being done there has deepened my own commitment to music education. I am thrilled at the news of this generous gift, which will secure the program for years to come and allow for many more success stories like my own to be possible.”

>>Read more about the gift in the press release

>>Watch a short video about the Music Advancement Program on YouTube