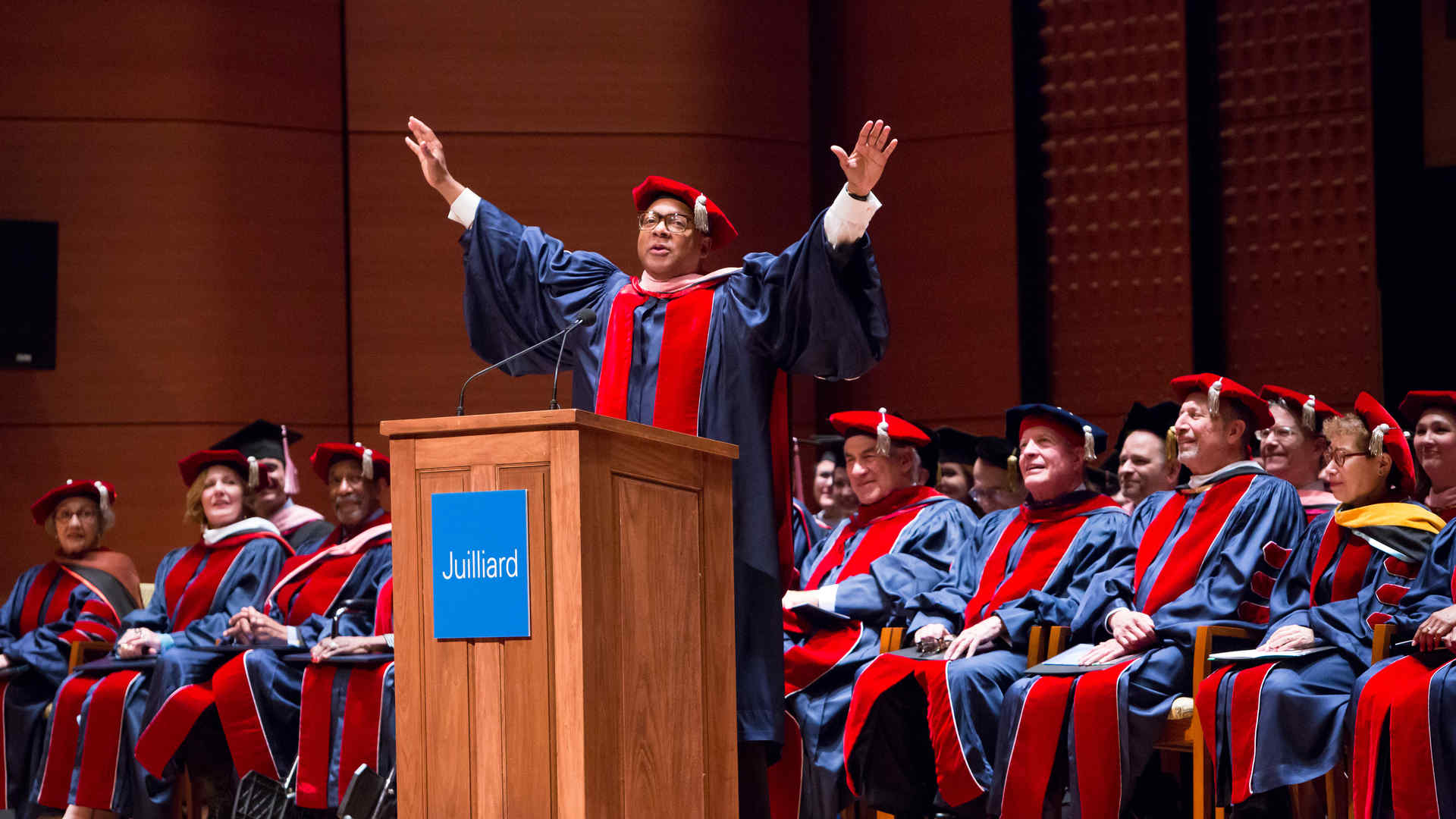 “Your art can be the vaccine for the types of self-involved hysterias that have so often stained human history,” Wynton Marsalis told Juilliard’s nearly 300 graduates and their family members and friends at the school’s 113th commencement ceremony.

“We are challenged to achieve perfection,” Marsalis, who studied trumpet as an undergraduate at Juilliard and has been the director of Juilliard Jazz since 2014, said. “Graduates, you are the person called to sing, play, or dance for guests after dinner. You are called to play for the sick and shut-ins and to sing when the national spirit is shaken. You are called upon to minister substance to the world.”

The ceremony, which took place in Alice Tully Hall on May 18, had a special poignance and energy because it was the final one under President Joseph W. Polisi, who began his tenure at the school in the fall of 1984. “You will understand if my mind is awash in a flood of memories composed of people, events, and past graduation ceremonies,” Polisi said. “But the one realization I have continued to return to  is that the Juilliard experience is truly a noble one reflecting the very best of human values, and that you, our exceptional graduates, represent the future of dance, drama, and music around the globe.” Adding that this reflection comes at a time when “the arts embody values that are currently lacking in our national environment,” he enumerated those values: civility, nuance, dignity, and discipline. Polisi closed his speech by noting that he could “finally say after 34 years that I will be graduating from Juilliard with you today.”

In closing his commencement speech, Marsalis paid tribute to Polisi. “He’s followed, as Harriet Tubman did, the North Star,” he said. “Take the example of Joe Polisi to heart. He left us much, much better than he found us, and that is the definition of soul.” 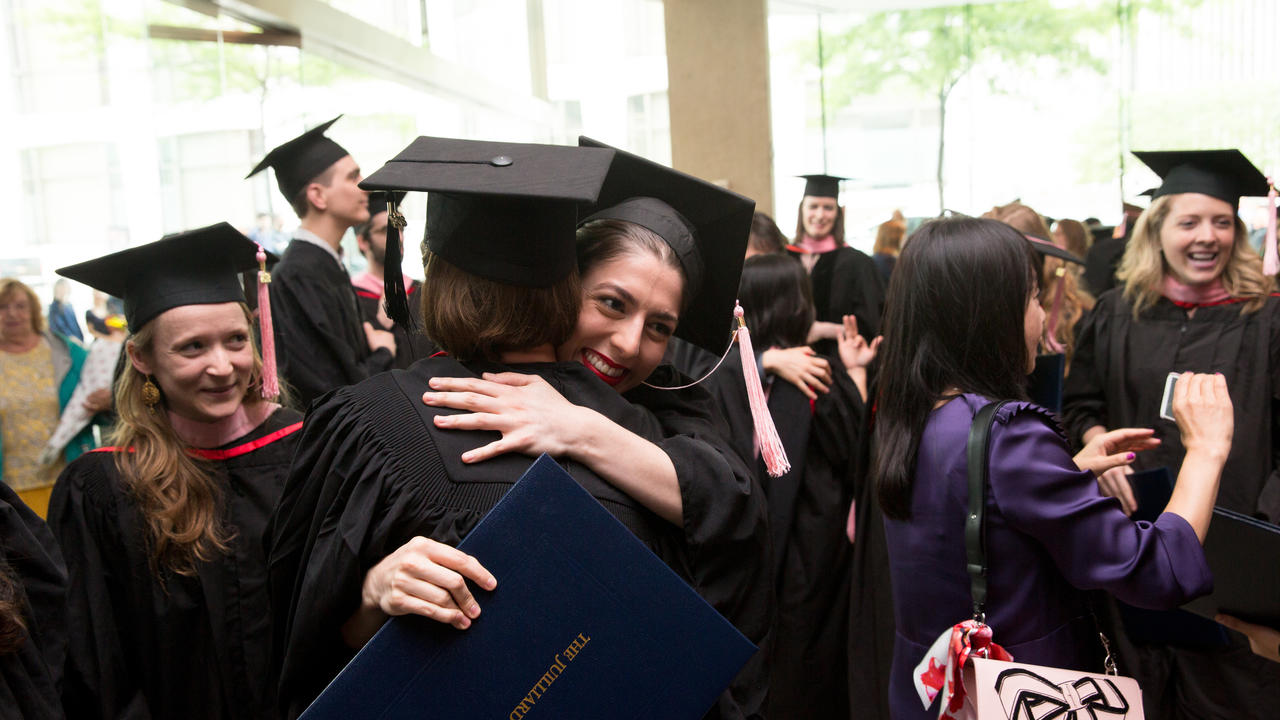