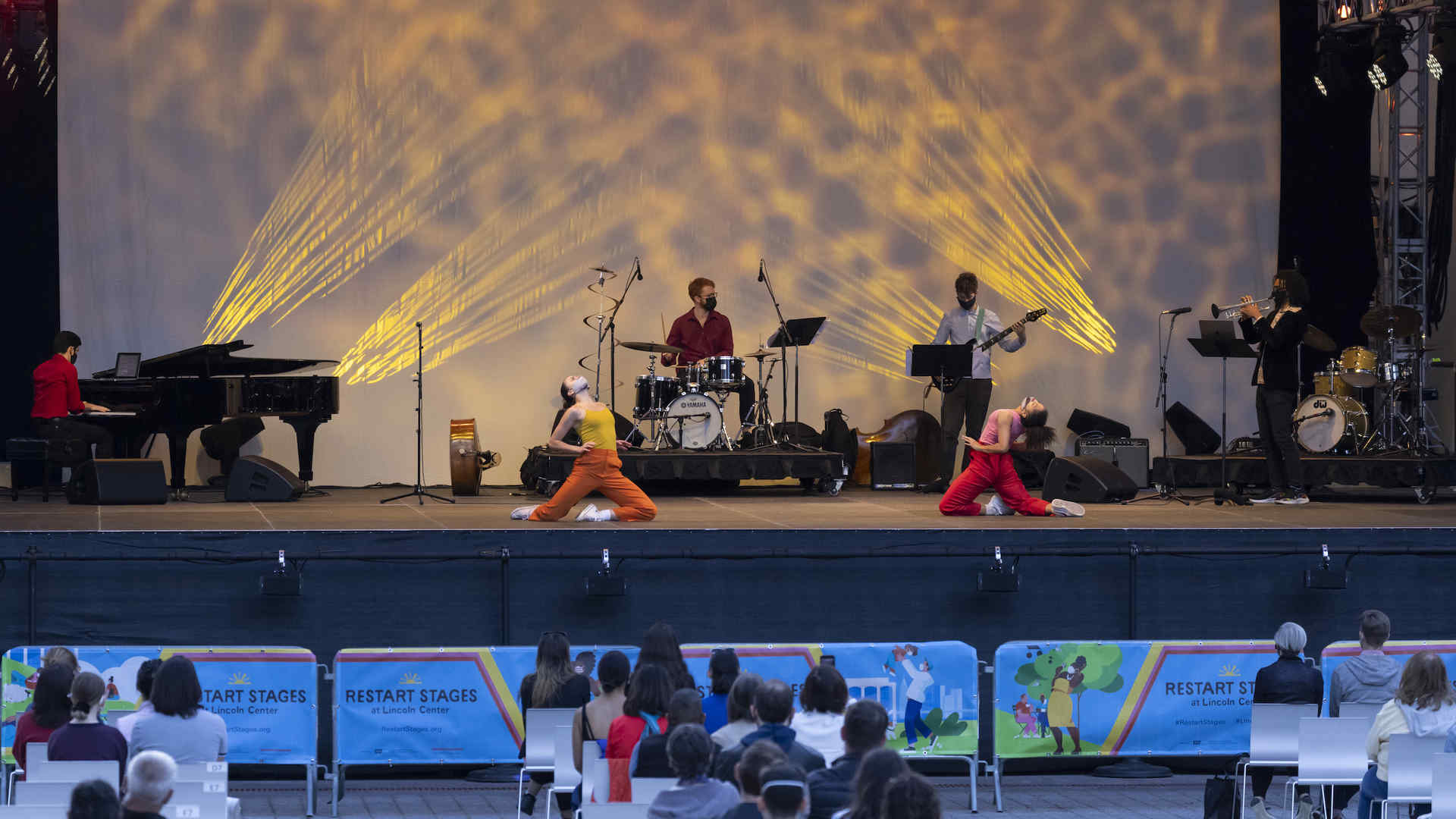 “I forgot how different playing for real people in real time is.”

First-year master’s violinist Shaleah Feinstein was describing a May performance of Ligeti’s Horn Trio in the lobby of Alice Tully Hall. The performance was a pop-up—due to safety regulations, it wasn’t possible to advertise it in advance as crowd numbers were strictly limited. Sound systems were set up so that passersby could hear the performance from the street.

“When the crowd started clapping and cheering in the middle of my first piece, it was so special,” Pre-College pianist Harmony Zhu said of performing in another of this spring’s pop-up concerts. “It occurred to me that the pop-up event had attracted people who don’t usually sit in concert halls. Classical music + cabs rumbling and honking—it was avant-garde for Haydn and Mendelssohn for sure!” 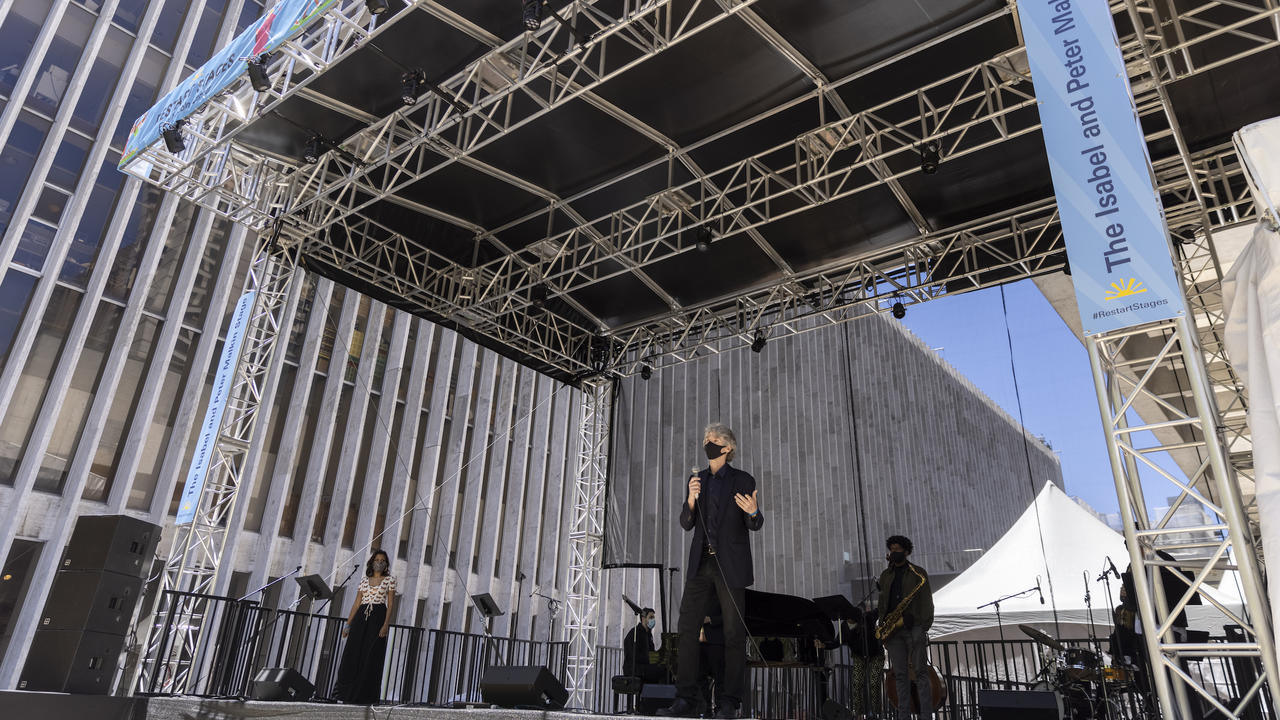 President Woetzel at the opening of the Juilliard Restart Stages performances

Like just about everything else, performance at Juilliard has been different since last spring. The academic schedule was changed so that performances would fall later in the year, and strict COVID safety regulations led to a lot of reimagining of the way every aspect of life at Juilliard takes place. As reported previously, ongoing plans to ramp up livestreaming were put in high gear, and starting in January, recitals have been streamed. In April, Juilliard launched a streaming initiative offering student performances from the music, dance, drama, and preparatory divisions. And with its mix of livestreamed and on-demand content, this initiative has expanded student performance opportunities and increased accessibility to the performing arts for audiences around the world. In all, about 275 ensemble performances and recitals will have been streamed by the time the school year ends, in mid-June.

In May, students were finally able to do what they came to Juilliard to do: perform before live audiences. Many of those performances were part of a Lincoln Center-wide initiative called Restart Stages aimed at helping to reopen New York City. It consisted of a month’s worth of events held throughout the campus, using special stages built in Damrosch Park and on Hearst Plaza. Juilliard’s participation in Restart Stages culminates in a June 14 event that “celebrates the challenges and achievements of the past year, reflecting through music, dance, and drama on our epic year, reconnecting live, and forging ahead with joy and purpose,” said Juilliard’s president, Damian Woetzel. “Our students have demonstrated the resilience that is at the heart of our extraordinary city as they have taken to virtual stages. But nothing compares to the vital importance of performing before live audiences,” he said of the return to performance. 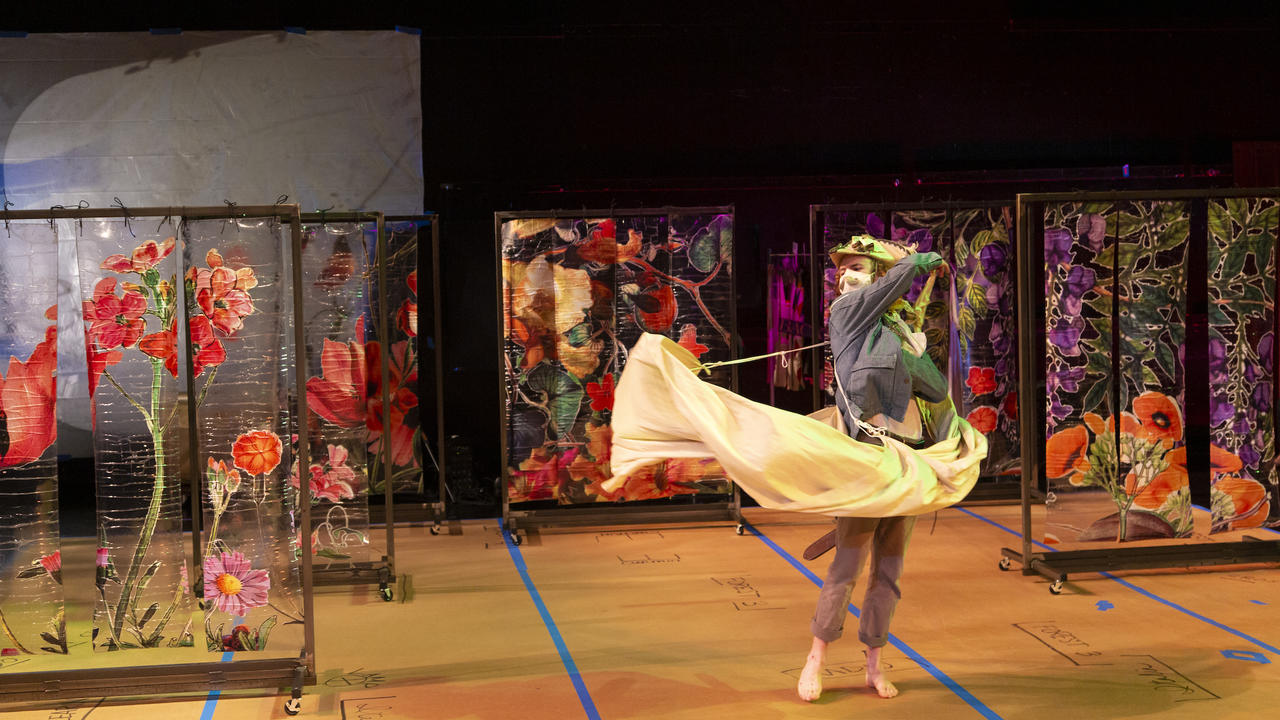 Performances that took place inside this spring followed strict masking and distancing guidelines; this is from the third-year actors’ 'Cymbeline,' directed by Dustin Wells

The Restart Stages events have ranged from open houses featuring drama, jazz, and chamber performances to dancers recreating their ChoreoComp creations and Historical Performance, voice, and Preparatory Division recitals. All these performances were open to the public through a ticket lottery system; some were streamed via Instagram Live, and the full performances are available for replay on IGTV/at Juilliard’s Instagram. The “Through the Windows” pop-up concerts in Alice Tully Hall were also part of Restart Stages and consisted of intimate chamber performances. 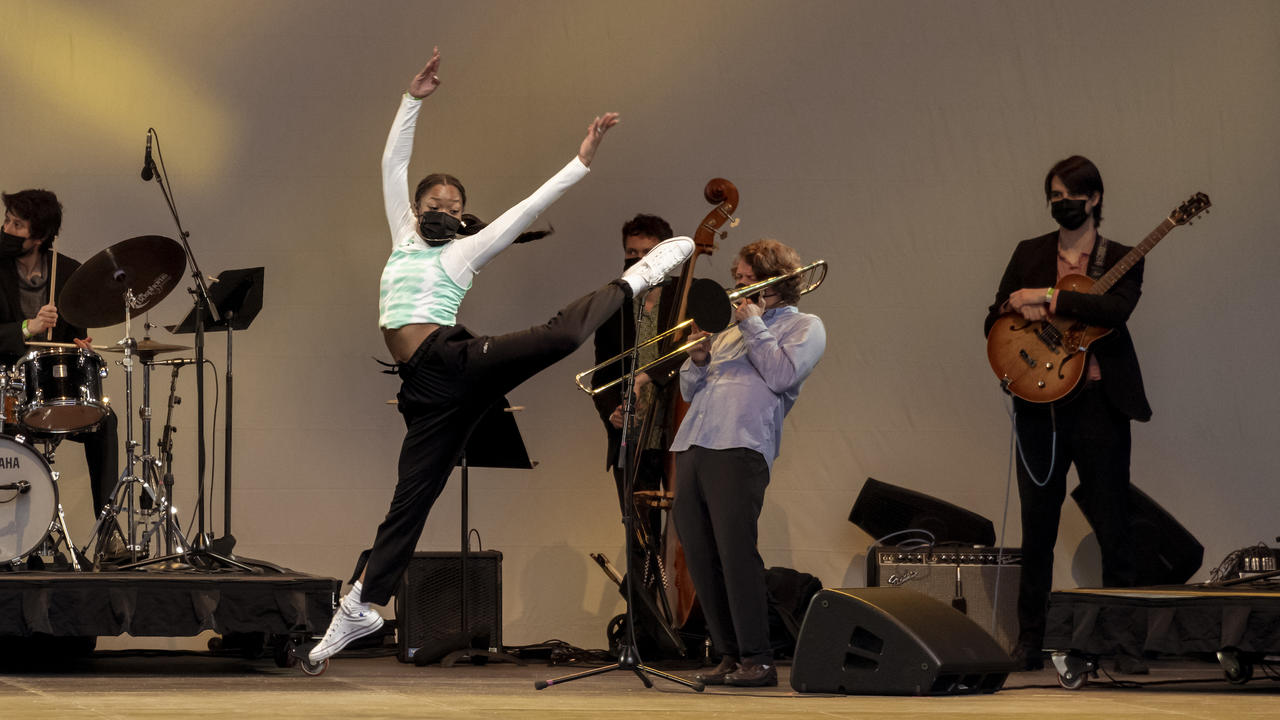 “To be honest, I was nervous when my teacher asked if I wanted to perform as it was going to be my first time performing in-person in over a year, but it felt amazing to play again,” said Pre-College pianist Katherine Wang of her participation in a Restart Stages recital. “There’s a certain bond with the audience that can’t quite be expressed through a computer screen. And it was touching to see how, even given current circumstances, the musicians and the audience are still passionate about sharing the joy and beauty of music.” 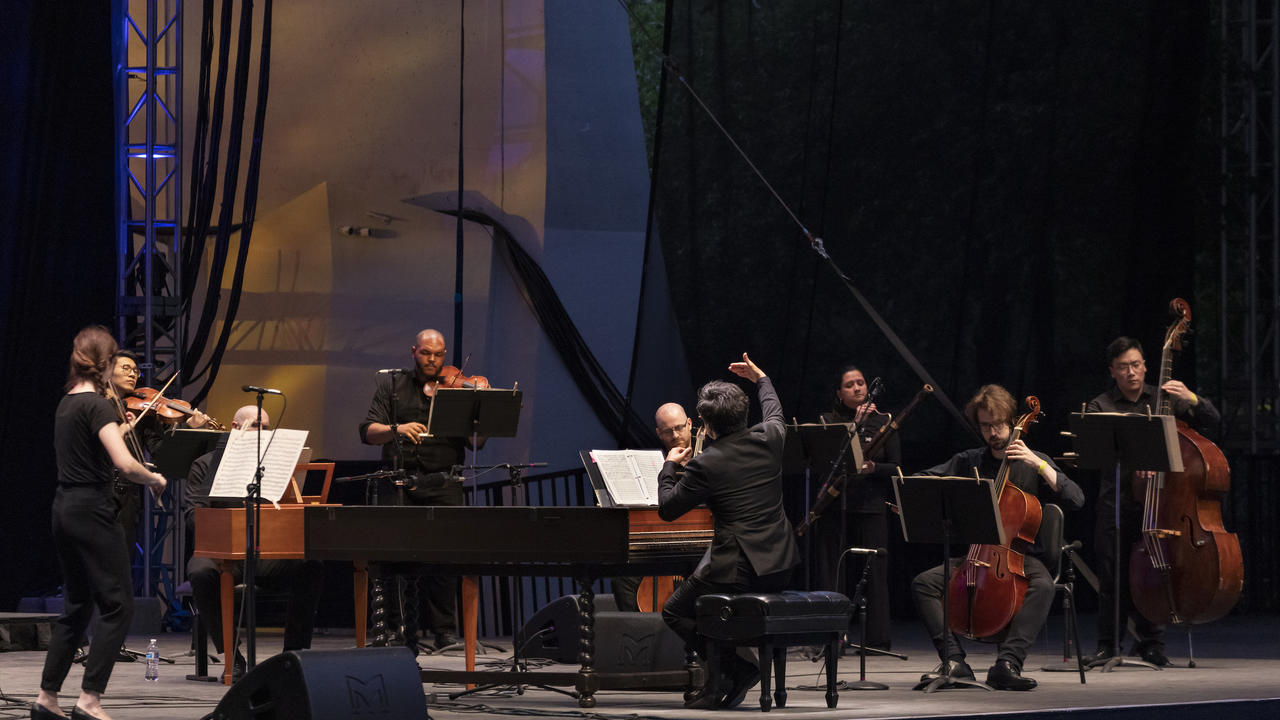 While the last year has been incredibly hard in so many ways, there has been such joy in seeing performers getting back to doing what they do best. As first-year master’s pianist Derek Wang (Pre-College ’16; BM ’20) said, “I loved the idea of turning the corner of Broadway and 65th Street into a place for gathering and listening as we as a city turn the corner toward the promises of this spring and summer.”