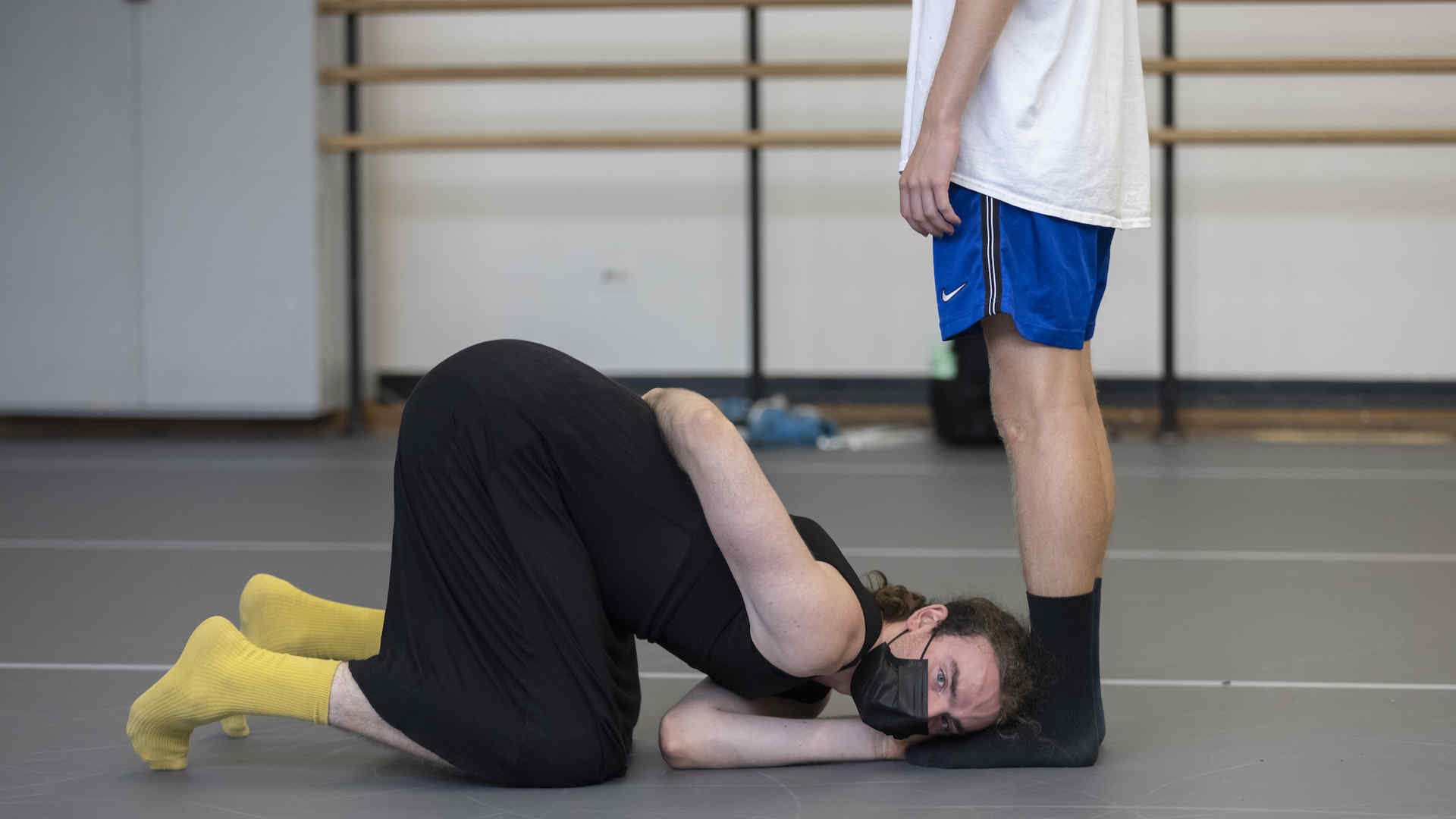 During a typical summer, dancers around the world jet off to participate in international workshops, master classes, and programs branded “summer intensives” that last from one to six weeks and offer professional-level training to dancers during their off-season. Summer intensives are a pillar in every dancer’s journey. They are reminiscent of sleepaway camps—inspiring lifelong memories and friendships. Yet they are also places of deep learning and research that help shape who we are as future artists. To say we look forward to summer intensives is an understatement. Especially after most 2020 programs were either cancelled or made virtual, dancers worldwide had high hopes for a return to normal in 2021. Unfortunately, with only a handful of exceptions, yet another beloved summer of study seemed lost to the pandemic.

Amid the sea of “We regret to inform you …” emails and the collective sense of defeat, I began to dream up other ways to spend my summer. As dancers, we can be terrified by the idea of not having a schedule because we fear being out of practice. So I asked a few peers if they were interested in choreographing a group piece. No plans were solidified. A few days later, my classmate and friend Morgan Clune approached me and said, “I heard you’re trying to make something happen in the city this summer. I was thinking the same thing. Do you want to organize with me?” Terrified of going three months without class, I happily agreed. Together we brainstormed, conducted student surveys, met with administrative staff, and wrote countless emails. What resulted was the first-ever Juilliard Dance Student-Led Summer Intensive.

It took place over the last two weeks in August, and all the participants were current or incoming Juilliard dance students. Each day consisted of three student-taught movement classes and concluded with rehearsals for new works by four randomly selected choreographers. Participants were given the option to teach a class of their choice, so the schedule featured everything from traditional Pilates, yoga, and ballet techniques to solo and contact improvisation, contemporary, hip-hop, ballroom, and vogue. Surprisingly, this was the only experience many of us had had learning directly, and exclusively, from our peers. Although we are surrounded by incredibly talented people at Juilliard, we have barely scratched the surface of the potential knowledge we can all share with one another. 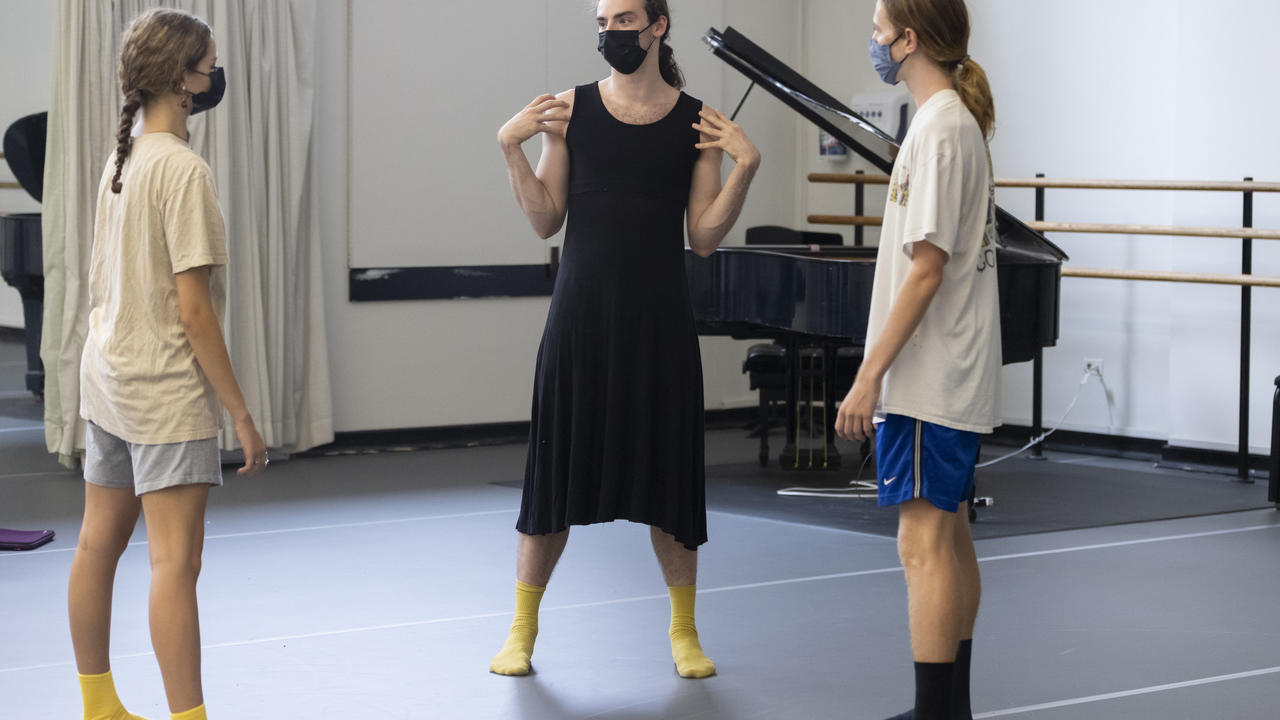 The summer intensive concluded with a live, in-studio showing of four new works by rising fourth-years Aaron Choate and Scott Autry and rising third-years Connor Freeman and Larissa Leung. Aaron (they/them) began the process, “not knowing what the hell to do” yet ended up choreographing a piece that “felt closer to me than any other piece I’ve made for stage.” Called One Hundred People in a Line, it began to take its final form halfway through the rehearsal process, when Aaron realized, to their embarrassment, they had been trying to repeatedly recreate a favorite moment by their favorite choreographer. “I prize uniqueness and individuality,” they said, “so I actually committed to trying to recreate it. I cut some of the music and played it over and over and had the dancers swim in this environment that was, in my head, someone else’s. But in the end, it turned out to be very much me. Because as soon as you try to be someone else, you can’t, and you’re incredibly yourself.”

This meaningful change of artistic direction would not have happened without the generous rehearsal time given to each choreographer: a whopping two and a half hours every day. During the school year, studio space fills up quickly. For Aaron, longer rehearsals meant being less distracted by the clock and scheduling constraints—and more focused on their work. “I had much less anxiety trying to get the piece finished and was just existing in this ocean of creativity and curiosity. Whereas normally, you have an hour and a half, once or twice a week, for three weeks—you’re in and out and screaming the whole time!” Aaron said.

Time is such a precious resource in any artistic process, which is one reason Morgan and I were curious to see how the four new works would differ from the Dance Division workshops during the school year, when time is more of a luxury. And we found that, at the final showing, all four pieces were remarkably developed and polished, considering the two-week turnaround.

What began as a practical solution to a communal need for summer classes eventually became the first of what we hope will remain a longstanding tradition in the Juilliard Dance community. Every day there was an air of excitement, joy, and discovery. Although one purpose of the intensive was to bring back the magic of proximity and touch after an unprecedented year of social distancing, we encourage future students to continue this program regardless of circumstances. As Morgan and I discovered, the Student- Led Summer Intensive allowed us to pool our collective knowledge, creativity, and talent to learn, create, and grow as a community. Though it wasn’t the summer we imagined, it was by far the most impactful summer program I’ve ever been a part of.

Nicole Leung is a fourth-year dancer